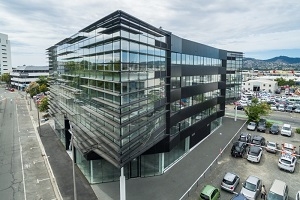 Silverfin Capital's latest property syndicate has some features that should appeal to those investors who have concerns about their ability to cash up and exit such schemes.

The Oxford Victoria scheme is structured as a proportionate ownership scheme that will acquire two modern office buildings in the Christchurch CBD and is forecast to provide a pre-tax cash return of 8% a year. Distributions will be paid monthly, making it likely to appeal to investors such as retired folk seeking a regular income stream.

Like most such schemes, Oxford Victoria does not have a termination date or a redemption facility, creating some uncertainty about when the scheme would be wound up so investors could get their capital back (and hopefully any capital gains), and their ability to cash up and get their money out early if they needed to.

The promoters of most syndicates operate a so-called grey market where they will attempt to match up sellers who want to exit their schemes with new/existing investors prepared to buy them out. But of course such arrangements do not come with any guarantees.

The Oxford Victoria scheme has a couple of features which should go some way to soothing those concerns.

Investors wanting to cash up early will be able to list their interests on Syndex, an online trading platform for unlisted investment vehicles such as syndicates and shares in privately owned companies.

Over time, this has the potential to improve trading liquidity in syndicate interests by making it easier to match up buyers with sellers.

The Oxford Victoria scheme also has a lower voting threshold for investors to achieve when deciding whether to wind it up, compared to most of the other syndications in the market.

Most property schemes do not have a termination date because if they did, it could make any capital gains taxable when the property is sold and the scheme is wound up and the capital distributed to investors.

However in most schemes, the decision about when to sell the property and wind the scheme up usually requires the approval of 75% of investors, and such a large majority may be difficult to achieve.

Under such an arrangement a substantial majority of investors may want to wind a scheme up but could be prevented from doing so by a minority who want it to continue.

That arrangement has been modified in the Oxford Victoria scheme so that a 75% majority would still required to wind the scheme up within its first five years, but after that a simple majority (50% plus one) would be required.

Most investors accept that property syndicates are a long haul investment. But a lot can change in five years and reducing the threshold required to vote in favour of winding a scheme up to 50% should give investors some comfort that if market conditions tip towards making a sale more desirable, it should be more easily achieved.

Click on the following link to read the scheme's Product Disclosure Statement:

1) What are the promoters fees in $ terms both upfront and annually
2) Is promoter of the scheme also the property manager , and of so what are their projected management fees in $ terms in years 1 through 5 ?
3) What hedging mechanism is in place if the Westpac Mortgage rate goes up ?

The answers to all of your questions can be found in the Product Disclosure Statement which is attached as a link at the bottom of the article.

Good luck getting out during the next downturn. The problem with liquidity is it's never there when you need it. Retail investors should stick with listed property companies if they want to play in this space.