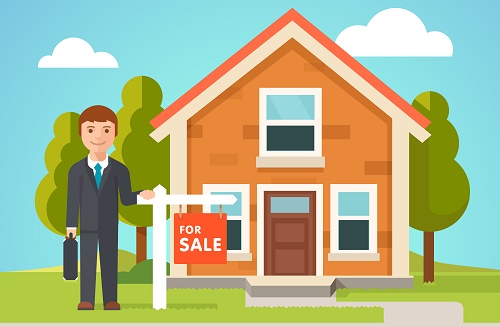 House prices are still rising in most parts of the country, but a trend of slowing growth is continuing in Auckland, Hamilton and Christchurch, according to QV.

This has led to a slower rate of growth nationally.

The latest monthly QV House Price Index shows nationwide residential property values as of November had increased 12.4% in the past year, which is the slowest rate annualised growth rate since May 2016.

When adjusted for inflation the nationwide annual increase drops slightly to 12.1% and values are now 27.8% above the 2007 peak. The full spreadsheet of November pricing information all around the country from QV is available here.

QV National Spokesperson Andrea Rush said the latest QV House Price Index figures showed the Queenstown District had followed the Auckland Region in posting an average value over $1 million dollars after recording a massive 32.2% rise in residential property values over the past year.

But elsewhere the picture is changing.

"...The latest round of LVR restrictions have led to a weaker than normal spring as a reduction in demand for investor housing stock has resulted in more subdued value growth and has seen nationwide quarterly growth to ease back to 2.0%," Rush said.

"While values continue to rise in most parts of New Zealand, the trend of a slowing rate of growth continues for Auckland, Hamilton, and Christchurch."

Rush said too that the Wellington market, which had previously been very buoyant, has now also started to see some of the heat coming out of it as the new LVRs take effect there.

“Regional centres with entry level properties under $300,000 are not seeing the same impact of the new LVRs and many continue to see strong demand and value growth including the Hawkes Bay, Rotorua, the Hauraki and Waipa Districts and Dunedin.”

“The latest CoreLogic Buyer Classification Data reveals the new LVR restrictions have not yet led to any significant decline in the share of sales going to multiple property owners; nor to investors in the Auckland market, which has remained at 43%, since they were introduced.”

Rush said it was too soon to tell what impact the recent earthquakes will have on property values.

“The recent earthquake series are a reminder that disaster can strike at any time and it is crucial for owner homers to ensure they are adequately insured.”

"We are continuing to see strong demand in the $1.5 million dollars plus bracket and the new build market which is resulting in high sales prices being achieved for these properties.

"But at the same time there’s been a significant reduction in demand for entry level investor housing stock particularly in Manukau over the past month and sales prices for this type of property have reportedly dropped back by as much as 20 to 30% on what was being achieved earlier in the year."

O'Donoghue said there had been a late surge of new listings coming onto the market from people wanting to sell prior to Christmas "and this increased the sense that it’s currently more of a buyers’ market than it has been since the beginning of the year in some areas".

"The new build and off the plan markets remain strong while demand for older apartments has eased off which may be due to investors having more difficulty raising finance to purchase them.

And O'Donoghue reports there has been a 'Trump effect' on the market.

Trump effect. Let's blame him, why not.

"But at the same time there’s been a significant reduction in demand for entry level investor housing stock particularly in Manukau over the past month and sales prices for this type of property have reportedly dropped back by as much as 20 to 30% on what was being achieved earlier in the year."

Anyone know the three month average for hamilton papamoa and Cambridge?

Stuf.co.nz are doing a report over the next few days on the NZ housing bubble

rise of 12.8% is the slowest in 2 years yet still one of the highest rates in the developed world... madness

The average value for the Auckland Region is $1,051,387. QV said the Auckland market increased 12.8% year-on-year, which is the slowest rate since January 2015.

Interesting to see queenstown lakes has an average of 1m now

Also waikato up 30% ...and lot's of other regions ... the investor auckland madness is spreading

What QV loses with their three-month focus is the monthly change. The Auckland region price increased by 0.5% in the past month - which equates with a stall. The figure will be slightly biased (although not as much as the REINZ figure) by the continual sale of plus $1m houses. But effectively Auckland has peaked and is probably declining.

I would hardly call 0.5% a stall - that would be over 6% per annum of tax free capital gains - pretty handy return if you are cash flow positive on the rental aspect as well. It would still be above what could be considered long term sustainable house prices rises

That said I totally agree with you that the market in Auckland is declining - and then we will see the speculators sorted from the investors - as gearing and cashflow start to mean something again.

Certainly 6% on a million is above the average wage. However, it is probably not enough to overcome the negative cash flow of property investment if you are not . In addition, the QV figures are based on settlement dates, which combined with the delay from data loading means that the sales are lagging by around two months. I think the REINZ figures also suggest that Auckland is already in decline.

nothing gonna happen until they ban or tax foreign buyers, and reign in immigration...boot national out to get affordable housing...other major parties will tackle foreign buyers

Yep I'm certainly not going to be voting for National until realistic property prices and therefore a better quality of life balance has been restored.

Not going to happen its another National win at the next election. The people moaning on this site are the minority, the rest of the country is just getting on with it. Even if the government changed, the house pricing is never going to fall to the levels that were seen 20 years ago. Continued rises from this point can be controlled by immigration and building more houses but don't expect a massive price crash even if this happens. Its not in any governments interest to have a house price collapse, its will totally stuff the economy.

David could we have the three monthly increase as well of annual increase as it will highlight how much each region is slowing down. Many thanks

Link to QV's full spreadsheet of nationwide pricing has been added to article and is also available by clicking here.

Yep I would vote for DTI, and Stamp Duty for overseas owners, and killing off the tax offset that property debt enjoys. If we then have to build 1000s of state houses then all good, think of the next generation of apprentices that will train. Great for the averageman, not so great for the tax avoiding debt junkie speculator, and overseas owners that pay stuff all tax in NZ. There's a voting generator if ever I saw one.

Be more interesting looking at the number of sales and prices going forward in the next three months now the cost of borrowing overseas as started to rise. People with eye watering debt will be the first to go.