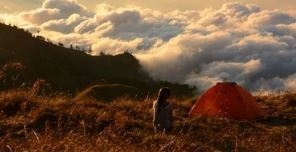 The Government is still in discussions with local councils about how best to treat funding from its $1 billion Housing Infrastructure Fund (HIF), with councils still balking at having to treat the injections as debt on their balance sheets.

Local Government New Zealand (LGNZ) CEO Malcolm Alexander told a briefing in Wellington on Tuesday his organisation’s understanding was that the Government was still open to innovation on how the funding could be structured.

Discussions are against a backdrop of New Zealand’s fastest growing councils nearing the buffers of their borrowing capabilities, not because they would not be able to service new debt, but because they could not meet affordability metrics imposed by the Local Government Funding Agency (LGFA), which borrows on behalf of 52 of the country’s 78 councils.

Revenue pressures on local councils faced with spending requirements on housing and tourism infrastructure has led to LGNZ calling for a share of the Government’s GST revenue – that coming from spending by tourists in New Zealand.

LGNZ President Lawrence Yule, who will stand for the National Party in September's General Election, said a survey of councils regarding tourism infrastructure only, identified $1.38 billion worth of spending requirements for growth projects over the medium-term.

GST receipts from tourists rose from $950m in 2015 to $1.6bn in 2016, Yule noted. The share brought in by the tourism industry could easily be identified and separated out to pay specifically for tourism infrastructure, he said. LGNZ would like an independent agency to allocate the funding, rather than have a central government agency dish it out.

Bed taxes and/or visitor levies should also be back on the table, with opposition to these seeming to have dropped off in recent years, he said.

And that was just to help local government pay for new tourism infrastructure. Turning to housing, Yule said there was massive funding pressure in the space.

The government’s announcement that it was looking at allowing councils to set up urban development authorities (UDAs) was welcome, and a number of councils were looking at the development as providing funding opportunities, he said.

But it was the government’s $1bn Housing Infrastructure Fund that raised questions of how best to help councils pay for increased infrastructure.

LGNZ and the fast-growing councils able to access the fund – Auckland, Hamilton, Tauranga, Christchurch and Queenstown – were looking to central government to propose more innovative ways for councils to be able to take the funding off-balance sheet.

Special Purpose Vehicles (SPVs) allowing the funding to be an equity contribution from central government as opposed to debt, would be one solution, LGFA’s Butcher said. Or funding that was very long-dated and subordinated to other funding, he added.

“For us (LGFA) it’s not actually about the debt side, it’s about the revenue side,” Butcher said. “Because they can still borrow cheaply through us or through other mechanisms. It’s about non-debt funding or alternative sources of revenue.”

LGFA chairman Craig Stobo raised UDAs as providing a structure that could fit the bill – a UDA could solve some of the pressures faced by councils, if they followed the lines of Municipal Utility Districts in Texas, he said.

Here, a group of prospective ratepayers who agree to be part of an urban development, would end up privately funding that development, to a standard that hooks into local infrastructure, Stobo said. “It’s a self-financing urban development that is not on the council’s balance sheet.”

Anything developed under a central/local government partnership would be shifted off into a SPV and later potentially transferred back onto a council’s balance sheet, depending on whether it would sit as debt or equity.

Co-investment could also allow for transfer of the control of assets as a way of taking funding off-balance sheet for councils. But all those discussions were still in the pipeline. “It’s a question of who wants to bear the financing and the ownership – where does that sit?”

So that august body of public servants running our Local Authorities want a no-strings attached handout ?

If the money is allocated to LA's it must be accounted for, and the best way to do this is to have it as a debt on the accounts .

It will be a further constraint on reckless borrowing in the future and force them to live within their means .......... just like the rest of us have to do .

How else are we going to control debt , wasteful expenditure , and profligacy on the part of our Local Authorities if we don't keep them honest ?

About time Local & National Govt devoted their energies to reducing taxes by promoting greater efficiency in the delivery of services, in my own business i am confident I could reduce expenditure by 5% without reducing output or quality and I suspect at Govt level 10% is achievable given the known level of waste. Changing local taxation from property based ( property consumes nothing) to people based who are the actual consumers would spread the costs and sensitize more people to the services delivered and possibly encourage greater participation in Politics - referendums on major issues would also help. Whilst a Poll tax gets a bad rap it is actually much fairer and with every one in NZ being a tax payer would allow Govt to use IRD to collect and redistribute to the local authority of their address thereby much reducing the cost of duplication in council rate collection departments freeing up labour for more productive endeavors.

Yeah, can just see decile based poll tax payments being directed from higher to lower decile areas.....not going to happen.

The point of a poll tax is that everyone pays the same amount, what the local council does with it is then influenced by the electors who having paid personally and be more inclined to vote for against measures they oppose or support - democracy improved I think.

In the short run, underfunded local governing bodies are a bigger threat than the net national debt. Councils have an instrumental role in urban infrastructure and small business development.
The central government pins the blame for every issue, from housing to crime, on local bodies without equipping them with proper means to function. This needs to stop!

Time to get rid of local government, they no longer have a purpose other than to add another bureaucratic layer.

Yes, we seem to have a lot of politicians in NZ. However Local Government provide a lot of essential services that allow communities to develop the way they want to (within limits in their District Plan). They put the Local back into Government - otherwise it is dependent on how much money you have.

Quite right I saw the lousy implementation of poll tax and following that a change to rates which have now blown out to a crisis for the same reason and a revolt is brewing because collecting tax on the basis of value that bears no relationship to the cost of services provided always leads to the same conclusion. Bureaucrats love the basis as property doesn't move so its easy to collect from which is why I suggest the IRD who have a similar grip on taxpayers generally. The poll tax was not stupid just the way it was explained and implemented and without meaningful input and delivery of economic local services tinkering with the basis simoky kicks the can down the road.

I'd like to see the General Rate and the UAGC scrapped - and a betterment/worsenment regime instituted instead. All other rates for specific services could remain intact.