Despite all the talk of big public infrastructure projects, the construction industry seems to be in a downward track with significantly less concrete being poured in the first quarter of 2018

Despite all the talk of big public infrastructure projects, the construction industry seems to be in a downward track with significantly less concrete being poured in the first quarter of 2018 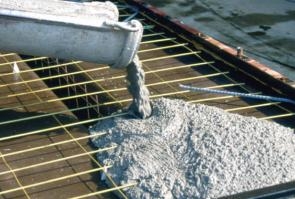 The New Zealand construction industry is in a soft patch.

Slumping business confidence in the sector was confirmed on Wednesday with the release of the readymixed concrete data for the March 2018 quarter.

Part of that retreat is the wind-down of the Christchurch rebuild.

But a surprisingly large fall in Auckland is the real driver.

On a full year basis, the Auckland concrete pour is now back below 1 mln cubic metres, the first time it has been below that benchmark since the year to September 2016.

All this comes as the backlog in future Auckland construction continues to grow.

Our tally of projects over $100 mln is now up to almost $55 bln. With activity slowing, many of these projects' completion dates will be being pushed back.

Enthusiasm for new projects by customers and planners is not being matched with activity on the ground.

That disconnect may be behind the dive in construction industry confidence.

We haven't seen the industry with as negative a view at any time since 2008.

For their own firms, confidence is at a three year low.

In Wellington, the situation is among the most positive in the country with a better than 10% rise in the amount of concrete being poured - although the volumes are very much smaller than most other centres.

In Christchurch, the wind-down in earthquake remediation is greatly restraining growth with a -20% fall.

Construction goes wherever the existing property market goes. Developers are canning projects because their margins have evaporated.

....yet another symptom showing its topped out. "only when the tide goes out do you discover whos been swimming naked" in $1/2 trillion sea of red ink.

Funny, innit, how when ya treats Developers (AC DC rorts), Landlords (WoF's, bright lines, CGT if by another name) and Investors (one P Thiel is the poster child here) as Cash Cows if not actual Daemons, them cows grow wings and fly away to more welcoming environments. Whodathunk?

There was always going to be a slow down in construction in the private sector after the election. The private sector building doesn't in crease when prices in the major centres are soggy and there is uncertainty on policy.

No, this started well before the election. It has accelerated since the CoL were elected. I, and others posted comments on this website alluding to this fact.

Auckland has made absolutely certain it has the highest cost structure.

As Auckland builds an ever larger and larger sprawl. As Auckland attempts to build more sprawl than LA it becomes much more costly to pour concrete. Concrete needs to be transported from depot to site. When a city commits to build epic level mega sprawl, like Auckland, the sites become increasingly further away and the intervening traffic volume increases. The window of opportunity to get concrete pour become narrow and so the cost of concrete soars at site.

Phil Goff being so sprawl mad in the Unitary Planning really has no positive outcomes for Auckland.