The real estate industry is holding its own despite poor sales in September, with estimated commission revenue in the third quarter up almost 9% on last year

Property
The real estate industry is holding its own despite poor sales in September, with estimated commission revenue in the third quarter up almost 9% on last year 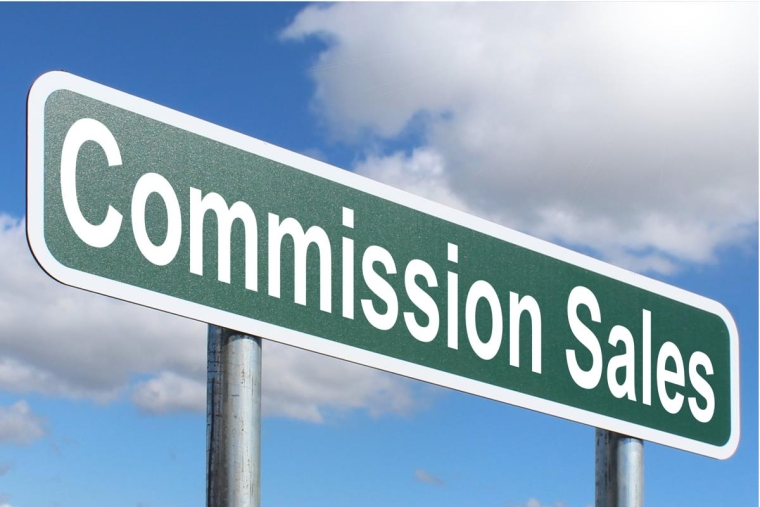 The residential real estate industry has survived the winter in reasonable shape with commission revenue ahead of where it was last year, according to interest.co.nz's latest quarterly analysis of sales activity and commissions.

That trend was evident to a greater or lesser degree throughout the country, with estimated commission revenue in most regions in the third quarter either running at about the same level or running ahead of the same period of last year, but remaining down on two years ago. That's when the market was facing the tail end of the Chinese-driven buying frenzy which had inflated both sales levels and prices in the housing market.

A tightening of lending criteria and changes to the tax treatment of investment properties have also helped to calm the market and pull it back from its previous highs. That came to an end in the fourth quarter of 2016 when Chinese Government restrictions on taking money overseas began to bite, causing a downturn in New Zealand property sales and taking the upward pressure off prices.

The introduction of the restrictions on overseas interests buying New Zealand residential property, which come into effect on Monday (22 October), are unlikely to have much impact on current levels of sales activity because the flow of speculative money that was coming into the property market from overseas was largely staunched by Chinese currency restrictions.

The introduction of the overseas buyer restrictions was signalled well in advance and most overseas buyers who wanted to get in ahead of the restrictions did so some time ago. They have been notably absent from the market over the last few months.

The latest figures suggest the market has now adjusted to the changes that have occurred over the last two years and settled into a new normal. Anecdotal evidence of a level of pent up demand from both buyers and sellers provides an expectation that the industry can expect at least a reasonable seasonal upturn in sales this summer, even though the market is unlikely to return to the levels of the previous boom.

However the market is finely balanced, with population growth continuing to exceed the supply of new homes, particularly in Auckland. That gap is, however, slowly narrowing as new builds ramp up and the net migration gain steadily declines.

That ongoing demand pressure and continuing low mortgage interest rates should help prevent any substantial downward movement in prices in the near term.

But buyers remain cautious on price and a recent surge in new listings means they are not short of choice, meaning while prices may not have collapsed they are likely to remain subdued. Vendors who are overly optimistic on price are likely to be disappointed.

Overall the figures point to a relatively stable market and there should be a reasonable seasonal lift in sales activity this summer while price movements, whether up or down, are likely to remain contained within a fairly narrow band.

However the possibility of a more substantial and more damaging correction still hangs over the housing market like the Sword of Damocles. Although for the time being at least, it appears unlikely to fall unless there is either a substantial and sustained increase in mortgage interest rates, or a major economic shock which could push up unemployment, pull the rug out from immigration and cause banks to tighten up further on mortgage lending.

For the moment though, it appears to be steady as she goes for the residential property market as it heads towards summer.

So, it’s not all doom & gloom for real estate agents??

I thought that most of them were having a tough time at present.

Isn't it quite simple that sales low but more commission = higher end properties selling. . All those FBs rushing in before the ban

Agreed. A suprise indeed against market trend. Perhaps it should be against the last five years as last year might have been average as well.

Just surprised by the 741 properties transferred (usually sold?) to non-residents. Could it be people who are in the long-winded process of obtaining residency [but confident - say math teachers, lecturers, surgeons]? Or being bought by the wealthy but cagey foreign parents of residents or even very wealthy foreign parents buying an apartment for their kids while they study in NZ [probably a wise investment compared to paying rent, plus the advantage of choosing who your kids will be sharing with]? 741 money launders seems high since property has an audi trail and is slow to move. Any other ideas?

And Nats said it couldnt be tracked. Would be interesting to see a map of foreign tfansfers.

Go Tonga against the aussies in the league test match tonight

Driving around Onehunga today it looks like Tongans have taken over the place. Houses in Rockfield Road are festooned with Tongan flags and red&white balloons. Each house is trying to outdo the other - it's pretty amazing.

Based on your crude calculations NZ shouldnt win anything on the international stage.

Surprising that it’s up but still I believe there are far more agents than last year so there’s a smaller part of the pie. Any muppet can be a RE agent how embarrassing telling people you meet that you do that for a job.

Yep...on a par with other muppets like politicians etc. Add no value.

So if agents add no value, then why are almost all real estate sales involve an agent?

So people use 90% of agents to sell their biggest asset?
I sold for many years and I never once thought that I was useless!
I beleive and my clients would beleive that they got great value for money from my efforts!
If you aren’t happy with a sale price then the vendor owner doesn’t need to accept it!

Have you taken a look at or downloaded the gavl app yet?

The whole real estate industry should really just be replaced by a mobile application with a built-in escrow service. Comparative values can easily be automatically generated too. Too much padding if you ask me! Open homes could be done by an independent party for say $50 - 100 a pop.

In a hot re market and for well located properties the agents are probably redundant. The current market in most areas is subdued so I think agents have a role

Private Sellers very often undersell their homes as they think they can negotiate!
Truth is that they couldn’t and undersold their property but hey they saved commission lol

In other words, real estate agents tell pork pies about having bigger offers being presented to up the price! Its happened three times to me so is obviously common practice among the land sharks

Dogboy, are you sure that the industry you work in never embellishes the truth to make its business sound better?

I can promise you the industry I work in doesn't. Then again, we don't sell anything, so there's no reason to.

On the other hand real estate agents are incentivised to lower a seller's price in order to turn over properties as quickly as possible.

$347 million in gross commissions from sale of residential property.

That's $347 million which adds nothing to the value of the product except to jack up prices.