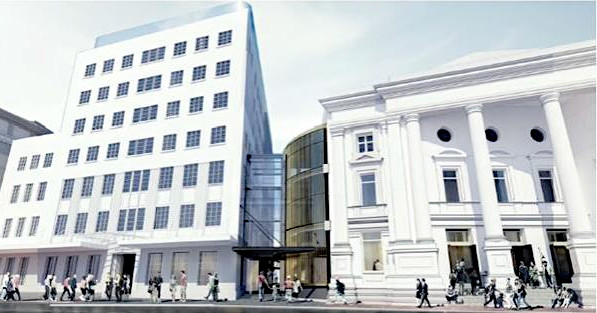 The country’s volatile construction industry is one of the factors being blamed for the skyrocketing cost of the seismic strengthening and refurbishment of the Wellington Town Hall.

The historic building was declared earthquake prone in 2009 and Wellington City Council agreed it would need seismic strengthening. But then in July 2013 the city was hit by the Seddon earthquake, rocking the capital and damaging a number of buildings in the CBD with the town hall closed to the public.

In 2017 the council prepared a proposal for seismic strengthening and refurbishment work to allow the council, the New Zealand Symphony Orchestra (NZSO) and Victoria University School of Music (VUW) to use the facilities.

Preliminary estimates suggested the works could be carried out for total construction cost of $74 million, plus a contingency of $23.4 million. The design work for the upgrade was carried out in 2017 and early 2018. Following a public consultation process on the project as part of the council's 10 year Long Term Plan, it formally approved a $97.4 million budget for it last year. This included a total cost of $93.1 million and contingencies of $4.3 million.

But now the cost of the project has increased to $112.4 million (excluding contingencies) and the council will be asked on February 27 to approve a further $19.3 million to cover the shortfall.

“The receivership of Mainzeal, Eberts, Orange H and withdrawal from the vertical market by Fletcher Construction has resulted in remaining main contractors and subcontractors not being prepared to accept risk that they cannot quantify.”

It claims the capital’s construction market is currently the most expensive in the country. It says that coupled with the fact there are very few companies that can carry out the seismic strengthening work involved meant the number of potential contractors who could take part in the tendering process was limited.

“As a result of the volume of work across New Zealand, main contractors and sub-trades are experiencing labour shortages. Sub-trades are selective and a lack of competitive pricing tension drives up cost. Consistent with this, Naylor Love has advised that the project is at real risk of losing key sub-trades. If there is a delay to approval, then they may choose to secure a confirmed project, which would lead to higher prices and/or the use of less qualified sub-trades.”

But the fact the construction work doesn’t start until March or April must be raising some eyebrows. Naylor Love is expected to be appointed as the main construction contractor next month after winning the tendering process and work on the project is scheduled to start in late March or early April.

The report also says cost estimates changed during the design stage after the condition of both the building and the ground it was built on were established.

But the Wellington Chamber of Commerce says the council needs to decide where the Town Hall fits into its venues strategy before committing any more ratepayers’ money to the cost of strengthening it.

"This project is turning into a massive cost, and ratepayers need to know if it’s going to be money well spent," Chief Executive John Milford says. "We know that the $112 million projected spend announced will not be the final number.”

And Milford says how much it will end up costing is anyone’s guess.

"We live in an earthquake zone and we can’t preserve everything. We have to make hard choices, and this is one of them. The public purse only stretches so far. It would be easy to simply say ‘go ahead’, because it is a great building, but ratepayers do need to see what sort of return and benefit they might get from such a big investment.

"Spending that sort of money to re-develop a facility that will have a pretty narrow use does raise questions."

He says while it’s nice to restore such an historic building it’s important that the council’s business case for the project stacks up.

"How it fits into the strategy, alongside the Michael Fowler Centre, the St James, and the new convention centre will determine that - if there’s some sort of decent return on the investment - or if it can be better spent elsewhere.”

The Wellington Town Hall work is expected to be completed in 2023.

Yes a lot of money so some groups can play some classical music.

Did the Wellington Council need to do this project? If they really wanted to keep the "looks" of the historical building, they could have shown it to an Architect, asked him take some close up photos and rebuild after demolition. No rocket science to this. Hope the Auckland Council takes note of this sorts of happenings and look at clipping Panukus wings before Auckland rate payers are asked to chip in for the mess Panuku can create.

I hope the taxpayers of Hastings and Taupo aren't being expected to chip in for this.

Isn't this what Wellingtonians say when Auckland needs money for something?

Hastings has got it's own opera house to fix up.

A bit of history here. The 1855 quake in Wellington raised the harbour bed around 1.5 m and brought down large slips. Reclamation of the area on which the Town Hall is sited started around 1851, and carried on for 20-30 years until the entire basin was filled in. At first it was wheelbarrows and shovels, then a tram track was run out into the bay to expedite the process. Needless to say, little to none of the dumped spoil was consolidated to anything like current practice. Telecom HQ at the Oriental Bay end of the reclamation was consolidated in the 90's over several months via a large crane dropping a substantial concrete-filled cylinder onto the surface.

Given this background, the subsurface conditions of the Town Hall land are a simply massive project risk. That's the substantive reason for the cost blow-outs......

The dreaded Unforeseen Works Underground rort? Standard practice is to quote at a low level and add costs at an exorbitant rate as opportunities for extra work are "required". Been on the wrong side of that game in the Christchurch rebuild. Pleasingly, that nationwide contractor went bust.

The phrase always makes me smile, as historically, of course, "unforeseen works underground" were where the bribes were hidden..... I know, this is New Zealand and that sort of thing apparently doesn't happen here, honest, but it is the first thing that springs to mind if you have seen this movie before. Overseas, of course, it happens all the time.

It would be sad to lose this building, though. It dates to a more affluent time, when people could afford more decorative buildings. The more disturbing problem is that the real level of currency devaluation by inflation is revealed in the rebuild costs. Leninist inflation leads to brutal buildings as they are cheaper than beautiful ones.

See it all the time in our industry. Once we have a supply agreement then there’s no incentive to be competitive on variations. I guess you can call them claw backs from the bastardisation of the market.

This smacks of whatever engineering staff in the council and their appointed consultants passing most of the risk on sub soil conditions and building reinforcement design onto the contractor. There is always a need to spend money to see if you need to spend more money. A far higher level investigation, ie cost even to the tune of $10m, would have been advisable on sub soil conditions and building structure re-enforcement design before even deciding whether to proceed with the project at all. Spend money to save a lot of money.