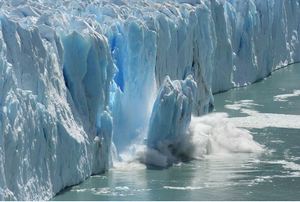 Shaw says the Emissions Reduction Plan will be released on Monday May 16.

Here's Shaw's announcement, and there's a speech from him here.

Cabinet has agreed that the first three emissions budgets will be:

Emissions budget 2 averages out at 61 megatonnes per year. That equates to an average of 13.4 megattones per annum, nearly twenty percent below average annual emissions from 2017 to 2021.

Emissions budget 3 averages out at 48 megatonnes per year, which equates to an average of 26.4 megatonnes per annum, or about thirty-five per cent, less than the average annual emissions from 2017 to 2021.

Rather than setting a target for emissions to reach a certain level in a single year, an emissions budget represents a multi-year target. The budget-based approach the Government established through the Zero Carbon Act is better for the climate, as it is not only emissions in a single year that impact climate outcomes.

The emissions budgets announced today are not the same as New Zealand’s Nationally Determined Contribution (NDC) under the Paris Agreement, which is also managed as a multi-year emissions budget (from 2021 to 2030).

The Zero Carbon Act requires there to be three consecutive emissions budgets (one current and two prospective), in place at any one time. The law requires that these budgets be met through domestic alone.

The Paris Agreement, on the other hand, recognises that while countries need to take action at home, they can also work with other nations to cut emissions. That is why New Zealand’s new NDC goes beyond the domestic emissions budgets Cabinet has agreed.

“Today’s announcement means our net-zero future is closer than ever before. There’s much more to do, but having these binding budgets in place is a critical part of our strategy to rapidly cut out the pollution that causes climate change," Shaw said.

“In the last term of Government we passed legislation that enshrined in law a long-term target to reach net-zero by 2050. To keep all future Governments on track towards meeting the net-zero goal, the Zero Carbon Act established a system of five-yearly emissions budgets that would act as stepping stones towards the 2050 target.

“The first three emissions budgets that I am announcing today will ensure New Zealand is playing its part fully in the worldwide effort to keep global warming to 1.5 degrees,” James Shaw said.

The Emissions Reduction Plan, which Minister Shaw today confirmed will be released on Monday 16 May, will set out exactly how the Government plans to deliver on the first emissions budget. The Minister of Finance will also outline the first investments from the Climate Emergency Response Fund on the same day.

“The actions taken by our Government over the last four and a half years have already reduced the trajectory of our future emissions. But we know there is much more we must do to really bend the curve downwards until we hit net-zero.

“That is why the Emissions Reduction Plan I will publish next week is so important – because it requires nearly every part of Government to act to reduce emissions right across the country and to ensure all New Zealanders benefit from the transition.

“The Emissions Reduction Plan will be a blueprint for a more equitable, more prosperous, and more innovative future – and all within planetary limits,” said James Shaw.

In its advice to the Government, the Climate Change Commission recommended a special Parliamentary debate on the first three emissions budgets, prior to the publication of the Emissions Reduction Plan itself. That debate will happen this coming Thursday.

“Climate change is a huge challenge. National is fully committed to emissions targets including net zero by 2050. Today’s emissions budgets are an important step towards those goals and we will support those budgets in Parliament on Thursday," Luxon says.

What's it going to cost each household in new excises and taxes?

Depends how much carbon they emit I guess. If they had any sense it would be income neutral so households like us that emit less than average actually end up better off.

Bold of you to assume I am not running an airline as a sole trader and would not be absolutely monstered by carbon costs.

An airline: you might have a new CEO option soon. The "us" meant the people in my household, not the households of both of us.

Jet fuel has largely been exempted from carbon regulation, GV Airways will have little to worry about.

Why are you so quick to jump to environmentally driven genocide? We could just return to a year zero type scenario where we all become subsistance farmers working for our local landlord. Poorly written climate change policy offers a vast array of possible outcomes.

I didn't think I was?

Just interesting that there's another article on this site at the moment asking the question about whether we have a population policy.

Inevitably the environment will pick the real winners and losers. But in the meantime, the ETS will allow those with the ability to leverage or capitalise further from their starting point to outlast and crush those who may actually be more 'environmentally friendly' but can't afford to pay for their place under these new rules.

Yeah, I don't get it. If we go back to pre-Covid rates of population increases of not far off 100,000 p.a, how on earth can we reduce our emissions while at the same time pouring enough concrete and burning enough fuel to house and transport all the new people.

You aren't supposed to ask questions like that. We'll just carry on with BAU and deafening hand wringing, as each target is missed. Magical thinkers like squishy will be happy though.

Whats the population of Australia they are all going to need a place to call home.

NZ finds innovative way to cut co2 emissions or using only tax to incentivize innovations in NZ to cut emissions, either way is a pipe dream or just a joke.

Yep what you end up with is getting taxed to death instead and you wake up one morning and all that tax has not made a blind bit of difference to the emissions.

This isn't a tax, it's just forcing the market to put a price on carbon. If you read the article, you can see the difference this will make to emissions - these aren't targets, they are budgets.

A user-pays approach to pollution seems the best one, really. There's no good reason why we should be socialising the cost of for-profit activities, whether it's air or waterway pollution.

Yes I think it's a good policy. Even the New Zealand Initiative are largely on James Shaw's side here, although they do criticise most of the other policies in this area, for example the EV incentives.

Imagine if you could use taxes to incentivize;

only safe intake of alchohol

I think the commitment to cutting emissions is about as much as to that short list there.

This is no pipe dream - there are only so many credits, and to produce CO2 you need credits. Emissions will be capped at these levels and the price of carbon will rise to the point needed to make this happen.

This is the only mechanism required to bring our emissions down. Cap and allow trade of units between polluters, and reduce the cap over time.

What is the real world application of the ETS?

Is it fines, or do they just shut down the polluter?

Looks like fines in the 1-6 thousand dollar range - quite a low cap when considering large companies. I suspect the reputational damage of being found not to be compliant would be significantly more expensive.

I won't respond to you again, so here's what I think. Your unremitting negativity about this country really grates. I have never once seen a positive post from you. Now, there are indeed lots of aspects of NZ about which to be critical, but however flawed our democracy, you can speak your mind-criticise the government, write and tell the PM that she's useless, vote to remove them: all without fear of the midnight knock on your door. Try doing that in China.

I sense a billboard slogan there :-)

It's good to see National come on board. Just the real fringe crazies that are fighting the inevitable now.

The crazies have figured they can control doing nothing better inside the tent.

Hmm, yes , looks to me the Greens (at least Shaw's side), and National are eyeing each other up . The Green's wont want to be left with another party been the kingmaker(yet again), and National won't want to be trying to marry ACT and the Maori Party.

Under this govt life has become much excessively more expensive already. Shelter is way up [50% since 2017 I'm told], food is following [fast] & transportation is not far behind. The last thing we need is carbon at $200.

I have to laugh when these articles tell me how we will be saving the planet & creating thousands of new jobs but what they deliberately forget to include is that in the meantime & for very good reasons as explained above, they will also be killing our economy. Look what Biden's doing to America. Diesel is over $5 a gallon. They have plenty of oil & gas in North America but they've stopped issuing permits, meaning they're importing Russian oil & gas to keep things moving. Go figure. I think I'll have to start digging under my land & building a bunker. They'll be charging me to breathe shortly.

It should be free to wreck the planet? Maybe they should get rid of other environment laws too: we could all save our precious money and tip our rubbish and sewerage on your lawn for example.

"Look what Biden's doing to America. Diesel is over $5 a gallon. They have plenty of oil & gas in North America but they've stopped issuing permits" Hard to take you seriously!

Seems Biden is as ignorant about civilisation survival, as the idiot before him!

Maybe the international price of oil might have something to do with it.

At least he has managed to get his username right!

Can you define 'plenty', in terms of how many generations we can push this inevitable problem down to rather than making any sacrifices ourselves?