Government responds to ‘squeezed middle’ critics with one-off $350 cost-of-living payments over winter for those not already getting winter energy payment and earning less than $70,000 per year

Public Policy / analysis
Government responds to ‘squeezed middle’ critics with one-off $350 cost-of-living payments over winter for those not already getting winter energy payment and earning less than $70,000 per year 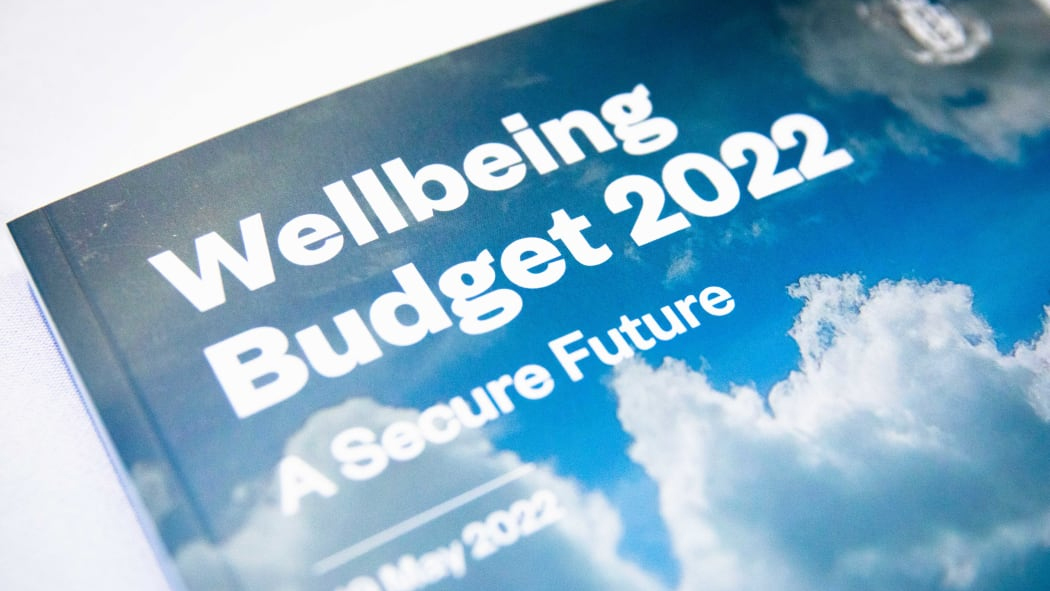 Budget 2022 is the Government’s response to calls for help for the ‘squeezed middle’, but also a slight tightening of fiscal policy as it tries to minimise the inflation pain wrecking its election chances.

The ‘rabbit in the hat’ in this Budget is a one-off $350 cost of living payment for those not already getting the winter energy payment and earning less than $70k/year.

The other news headlines include:

Giving cash away without ‘spraying’ it

Meeting the demands of a bunch of magical thinkers was never going to be easy, but the Government has done its best with with Budget 2022, giving some cash to help middle-income voters deal with higher living costs, but not so much that those same voters would think the Government was ‘splashing too much cash’ in a way that would drive up inflation.

Trailing National in the polls and facing criticism it isn’t doing enough to help the ‘squeezed middle’ deal with higher costs of living, the Labour Government has thrown a payment of $350, spread over three months, to those people earning under $70,000 who aren’t already getting the winter energy payment.

But overall, the Government has restrained its spending in a way that means Budget 2022 actually reduces the fiscal impulse from Government to the economy, and in theory reduces some of the Government’s domestic inflationary pressures that the Opposition is so unhappy about. Budget 2022’s fiscal impulse over the next three fiscal years represents a combined 4.2% subtraction from the economy. That’s more than the combined 3.0% subtraction forecast in the December 2021 Half Yearly Economic and Fiscal Update.

“The fiscal impulse for each year is slightly more contractionary than forecast at the Half Year Update as the Government’s year-on-year contribution to aggregate demand decreases more relative to each preceding year, indicating that, overall,
fiscal policy is dampening inflation pressures.” Treasury in Budget 2022’s Economic and Fiscal Update.

As expected, the Government left its operating allowances set in December broadly unchanged, and did not change its capital allowances. It also confirmed it would reach budget surplus one year later than expected because of slower than expected global economic growth.

Treasury forecast net debt would fall to 15% of GDP by 2026, well below the 30% ceiling set by Grant Robertson earlier this month.

This article is here with permission of The Kākā by Bernard Hickey. The original is here. Bernard Hickey’s writing here is supported by thousands of individual subscribers to The Kākā, which is his subscription email newsletter and podcast. You can support his writing in public for the public by subscribing. Here’s a special offer to readers of Interest.co.nz of 50% off for the first year. The Kākā also has a special “$30 for under 30s” offer for all those aged under 30.

Will $350 be enough of a bribe to keep the useless red people in or will we swap to the useless blue people?

It's too far away from the election, people will have forgotten about the cash by Christmas let alone the poll booths next year.

It's exactly like a bank offering to pay your legal fees instead of giving better interest rates when you're shopping around for mortgage.

A one off kick-back to trick us into voting for higher taxes for the next 3 years.

They are awfully similar in most regards.

They will adjust the tax thresholds in next year's budget, will buy them some votes, but not enough. Especially if the economy is toast by this time next year.

If you're buying 'aged tasty cheddar' at $21 per kg when you can get Edam or Colby for $11 per kg, you aren't struggling.

"Edam" (nothing like the real thing) and Colby are tasteless, rubbery and shouldn't be dignified with the name cheese. "Solidified milk and bacteria products" would be more appropriate.

Cool, but it's still what most normal people buy as it's all they can afford.

maybe but you can use less of the tasty stuff to get the flavour.

bit like using 95 instead of 91. pain at the pump but you go further

I agree, you are buying a cheaper cheese substitute when purchasing blocks of edam or Colby.  Mild cheddar gets a pass mark IMO.

You have it the wrong way around Stuart, it's the mustard that cuts the cheese   ; )

Anything in there to make rents FALL,if not NZ is still stuffed.

With house prices dropping we will start seeing mortgagee sales and sales of houses that have been vacant and banking on capital gains. We are still seeing housing completions at record rates (albeit slowing). Housing deficit may turn to surplus sooner than expected, at which point rents should come down.

I mean, we'll be in a deep recession by then so less employment. But rents should be down

I guess it buys a low-mid income family some potentially much needed clothes etc.

So perhaps better than nothing, but still quite lame.

Luxon's response was to try and figure out which soundbite to use. Honest at least .

Total idea vacuum at the moment, I want to vote National as they simply can't be as underperforming as the current lot but vote for what?

I really don't want to, but I'm kind of tempted, that's how useless the current mob are.

At the moment leadership of NZ is even less attractive than running the Vodafone Warriors. It's an almost impossible task no sane person would want.

Why not vote for someone else? There's more than 2 options believe it or not

Most kiwis go through this cycle every election, "I'm going to vote this major party because of sick of the other major party" Repeat and get the same results over and over....

I voted a minor party last election as a vote against labor.  I was thinking of voting national, hoping Chris would be good.  But the policies national have articulated so far under Chris are poor and do not address any of the issues in the economy - rather they ensure votes from national voters.  When pushed on the benefits of those policies he is not able to respond, because the reality is they are not good policies.

What expensive policies of labour would you remove... Ummm a train... umm not sure.
Why is removing the 39% tax break not inflationary.... Ummm no answer, because it is...
Why do you say your wanting to help lower and middle new zealanders but want to adjust middle and top tax brackets... Ummm

National, develop some sound economic policies that will take our country somewhere.  Please - we want to vote for you.  Show us a plan, a vision!

Lol, they call a spade a spade... with a bit of negative bias of course - although it makes little sense to provide sugar hits in a time of increasing ongoing costs

Aroha, you get Aroha brother.

And kindness, so much kindness….

You get to fund the $700m handout through your taxes.

Do you need something?

But hang on the RBNZ web site has debt at 42% of GDP whos telling porkies.

The Govt is changing the way it measures debt, this means it will count the superfund and some other things as assets.
Apparently this brings us more inline with international measures, although it does have the nice bonus of making our debt look smaller.......
There was an article about it on here a little while ago.

Interest.co.nz would do well to remain politically neutral. About the only media that is.

Bernard however is left of Lenin and a print and spend aficionado who believes that government are the best allocators of resources in an economy.

Politically neutral? Oh well, at least that would see the end of Roger Kerr’s column. Or you could present both sides of the argument and let people make up their own mind.

Yeah, but who is going to fact check it for us…..?

Given that Roger recently claimed the current Labour government were responsible for choosing the Australian contractor in 2014 for building Transmission Gully, clearly not Interest.co.nz.

I subscribe to Bernard’s “The Kaka.” Whilst I am an open bigot and privileged boomer (55yrs?), I find his commentaries factual. However, I frequently disagree with his conclusions and personal opinions. And I am clearly right leaning.

This is going to change your world “boomer!”……

And I feel fine.

So no changes to working for families?

Can someone explain to me what a 'fiscal impulse' is? It sounds like some kind of medical assessment of a person's mid-life 'Crisis', and they're in need of some kind of intervention.