James K. Galbraith contends that tightening US monetary policy will inflict social and economic harm with little to no payoff

Public Policy / opinion
James K. Galbraith contends that tightening US monetary policy will inflict social and economic harm with little to no payoff 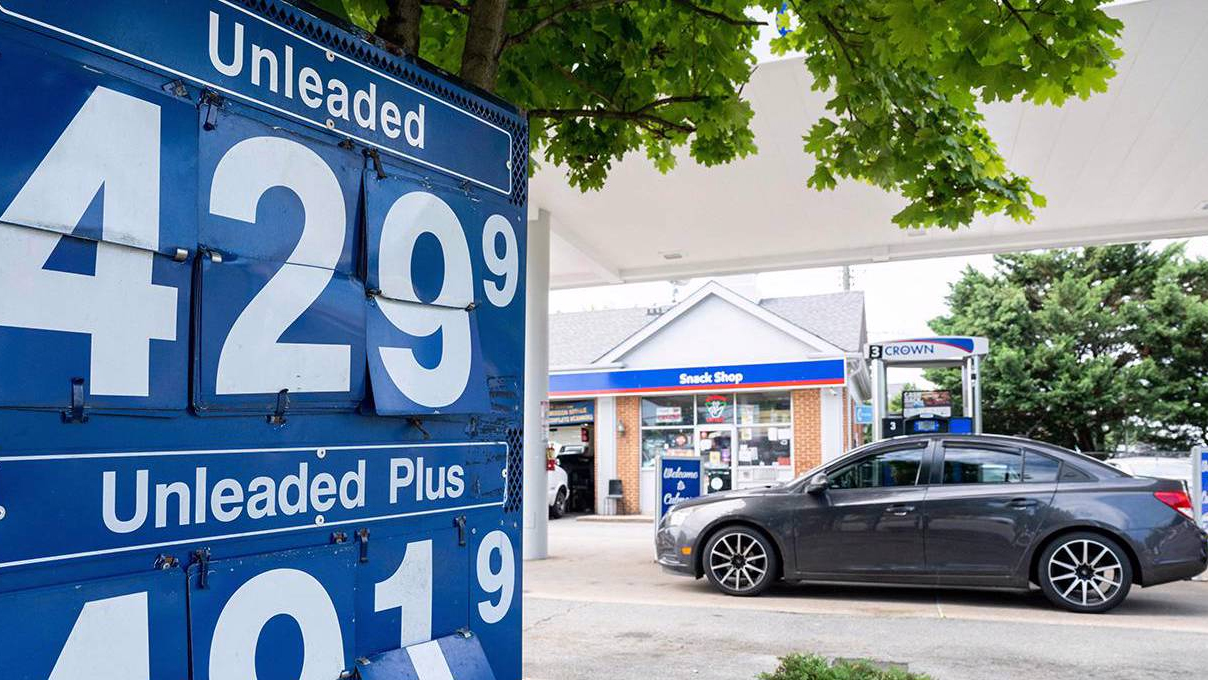 It is a bit jarring when a secure and comfortable professor writes that others must lose their jobs so that inflation can be contained. And it is even worse if he explains that “the only solution … is to restrain demand” through higher interest rates – a very good solution for those with cash on hand. But let me reply on the merits to Jason Furman’s recent call for this “solution.”

Furman writes that in the United States, “Aside from food and energy price increases, the bulk of the inflation was originally caused by demand.” The words “aside from” are key. Over the 12 months through June 2022, energy prices are up 40% – with petrol up 60% and fuel oil up almost 100% – and food prices have risen 10%. Prices of everything else have risen just 5.9%, and one must allow that energy prices affect the price of everything else. Furman’s claim recalls the old gag: “Aside from that, Mrs. Lincoln, how was the play?”

There is no actual evidence that demand, rather than cost, caused the non-energy, non-food price increases – and there are good reasons to be sceptical. Costs are wages and raw materials plus profits; they are paid for by sales, also known as demand. Thus demand and cost are nearly inseparable; they are opposite sides of the same economic accounts. Furman himself has written that “the exact combination ... is unknowable.”

Shifting his ground from demand to cost, Furman writes that “businesses will most likely continue to pass along the costs of higher wages to consumers.” He barely mentions profits. Yet profits are very high, and high profits come partly from high profit margins – meaning prices. Furman focuses on the dynamic of a “wage-price spiral” (renamed “wage-price persistence”); he is silent about profiteering. Has he not heard of market power, monopoly power, or the predatory corporation?

And what do higher interest rates have to do with “wage-price persistence”? The answer is: absolutely nothing, at least in the short run. Higher interest rates initially just enrich people and institutions (like banks or Harvard University) holding supplies of ready cash. For business borrowers, interest is another cost that will be passed along to consumers in the form of higher prices.

Only when the US Federal Reserve pursues truly extreme measures will prices start to fall, as happened when Fed Chair Paul Volcker pushed short-term interest rates to 20% in the early 1980s. But this mechanism works by slashing growth and driving up joblessness, bankruptcies, foreclosures, suicides, and crime. That, sad to say, is what Furman urges the current Fed chair, Jerome Powell, to do.

But high interest rates are not “the only solution.” Jamaal Bowman, a Democratic member of the House of Representatives from New York, has just proposed a bill with better ideas – democratic ideas of the kind that helped America triumph in World War II and get through the Korean war. Simply put, Bowman’s proposed strategy is to stabilise prices by producing more, rather than less, while taking steps to prevent price gouging and unjust enrichment. His policies would help break the “persistence” dynamic – without resorting to recession and mass unemployment.

Finally, let us consider Furman’s central premise. Is it correct, as he claims, that we are in a period of “persistence”? As I have written many times, this notion partly reflects a statistical illusion. Since price changes are usually reported on a 12-month basis, any jump in a key cost, such as oil prices, will keep generating new headlines every month for a year. That is a long time, offering many opportunities for op-eds from the tight-money lobbies. But the persistence of headlines doesn’t mean that price increases themselves are persistent. They might be, but they also might not be.

As of August 4, the national average petrol price is $4.14 per gallon. That is down 17% from the peak of $5 in June, which means that – soon enough – there will be less cost pressure on food and everything else. Why is this happening? Partly, perhaps, because speculative control of US oil markets is unstable. This is something we learned (not for the first time) in the summer of 2008, when oil prices touched $148 per barrel and then collapsed. It may be that the great inflation scare is already past.

The future remains uncertain, of course. But we have just seen two quarters of falling GDP, well ahead of any known Fed forecasts; indeed, late last year, the Fed was predicting 4% real (inflation-adjusted) growth in 2022. It is thus bizarre to argue that the Fed should keep ramping up interest rates to fight an energy price shock that is already fading away. The fact that the argument plays well to the monied classes doesn’t make it smart, or wise, or good.

*James K. Galbraith, Chair in Government/Business Relations at the Lyndon B. Johnson School of Public Affairs at the University of Texas at Austin, is a former executive director of the congressional Joint Economic Committee. Copyright: Project Syndicate, 2022, and published here with permission.

"The fact that the argument plays well to the monied classes doesn’t make it smart, or wise, or good"

It seems no matter what mechanism, process or path, government or central banks undertake, it invariably "plays well to the monied classes"

What he said! It’s the same in NZ - our CPI moves in lockstep with fuel prices, which will be relatively unaffected by RBNZ interest rates. And don’t talk about exchange rate - impact is tiny relative to swings in oil prices.

Turkey's annual inflation rate jumped to a 24-year high of 78.62% in June, data showed on Monday, just above forecast, driven by the impact of the Ukraine war, soaring commodity prices and a slide in the lira since a December crisis.

Inflation has surged since last autumn, when the lira slumped after the central bank gradually cut its policy rate by 500 basis points to 14%, in an easing cycle sought by President Tayyip Erdogan to boost economic growth.

You might want to look at what is actually driving inflation in Turkey. Erdogan basically decided that he was sick of offering foreign capital investors a return of 20% on their money. The investors were basically buying Lira with dollars (helping to prop up the Lira), buying Govt bonds, extracting a fat profit from the 20% yield, and then converting their gains back out to dollars (putting downward pressure on the Lira). Turkey were relying on this capital inflow to balance their trade and the instability it caused was craz. The population responded by converting their money into dollars - making exchange rates even worse, devaluing the Lira etc. Turkey coped with this previously by getting bags of foreign currency during the tourist season, but Covid stopped this. So, Erdogan has gone for a currency reset - and is attempting to kick the leeching investors off the teat once and for all. He should have implemented capital controls at the same time (dumb move not to) but, I am quietly confidence that this will add up in 12 months time. Their month on month inflation was only a couple of percentage points this month - and their tourism industry is back online.

The Lira has declined steadily for over a decade. When I was there 15 odd years ago, one lira was worth one NZD. Now it’s worth 9c. This is the reason to use monetary policy to prevent inflation.

Giving money away to investors is a really stupid way to control your exchange rate. And 'declining steadily' is doing some heavy lifting in that comment!!!

Exactly.
Excellent article, there’s probably only a handful of us who are thinking this way though, JFoe.

People just need to expect higher rates as inflation in US will take a long time before 2% or 3%. As FED raise rates we will follow.

Amazing how many more people argue against rate increases to slow inflation than argues against rate decreases to increase inflation. I just want people to note that there is a definite media bias towards arguing for lower rates.

For what it is worth - my argument is with moving them in any direction. Monetary policy is stupid - it creates huge instability..

The alternatives ( in particular price controls and command economy , as suggested in the Democratic proposals the article links to ) are far , far worse than that.

Yeah, last time we did any of that crazy stuff we had decades of growth, improved standards of living, unemployment at 1%, and a single earner could live well with their family in their own home  What a nightmare.

Time will tell us what the best approach would have been, but I am happy to hang my hat on Galbraith's general view.

I have yet to see compelling evidence for the ' embedded inflationary expectations' argument put forward to justify ever more interest rate hikes.

Orr will do on the upside precisely what he did on the downside-go too far. I welcomed his appointment, but now think think his tenure has been very disappointing. Apart from his performance, i am unimpressed by this appropriation of Maori symbolism. I find it offensive.

Well put, Linklater. Mr. Orr being disappointment is probably still understated. He is driving our economy around in wild swings, as if property prices, peoples' wealth (I mean both tenants and owners) and economic and financial stability are mere toys.