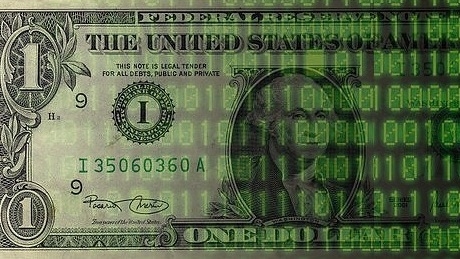 Central banks representing about a fifth of the world's population look likely to issue a central bank digital currency (CBDC) "very soon" according to a new survey by the Bank for International Settlements (BIS).

BIS says 10% of central banks say they are likely to issue a "general purpose" CBDC in the short term (twice as many as last year) and 20% in the medium term.

"Central banks collectively representing a fifth of the world’s population are likely to issue a general purpose CBDC in the next three years," it says.

The BIS survey is effectively a re-run of a survey done a year ago - but with some new added questions - and it shows that interest in issuing digital currencies has increased in the past year.

The Reserve Bank of New Zealand was one of 66 central banks that replied to the BIS survey. The RBNZ has its own programme under way looking at the future of the cash system in this country. The RBNZ is proposing formal requirements for banks to provide access to cash deposits and withdrawals and wants the power to set standards for machines that process and dispense cash

The BIS survey shows that emerging market economies (EMEs) report stronger motivations and a higher likelihood that they will issue CBDCs. At the same time, so-called cryptocurrencies remain a niche means of payment.

Of the 66 central banks replying to the survey, the vast majority were taking part for the second time (with 63 central banks, including the RBNZ having replied to the 2018 survey).

Respondents represented 21 advanced economies and 45 EMEs, covering 75% of the world’s population and 90% of its economic output.

"Ever more central banks are currently (or will soon be) engaged in CBDC work," the BIS survey report say. 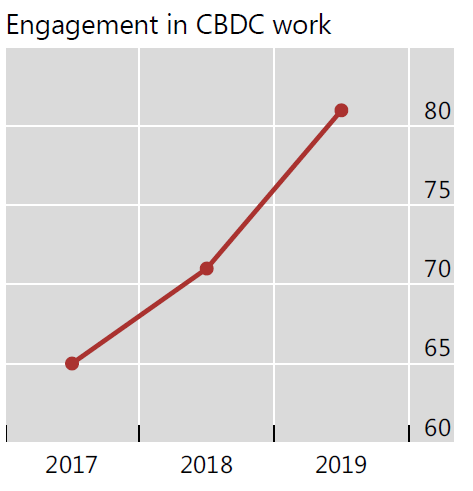 The BIS report describes a “wholesale”, “token-based” CBDC, as a restricted-access digital token for wholesale settlements (eg interbank payments, or securities settlement), while a "general purpose" one is available to public and can be based on tokens or accounts.

The report says EMEs have generally stronger motivations than advanced economies to work on general purpose CBDCs (which can act as a substitute or complement to bank notes).

"Domestic payments efficiency, payments safety and financial inclusion were, on average, all considered 'very important' in this respect for EMEs.

"For advanced economies, the only motivation ranked as very important was payments safety."

The survey this year featured new questions on cash use and these showed that just under half of the world’s central banks are investigating the public’s use of cash and a third are concerned that access to cash could decline in the medium term.

"This corroborates other studies that show cash in circulation is increasing but that much of this is in high-denomination notes used as a store of value rather than as a means of payment."

Beyond cryptocurrencies, the survey found that only about 60% of central banks are considering the impact of monetary and financial stability of “stablecoins”. The survey defined these tokens as those with an identifiable issuer or that represent a claim and/or underlying asset (unlike a cryptocurrency).

"These tokens pose a number of risks, especially when available globally. Central banks not considering their impact almost entirely represent EME jurisdictions. For the majority of those jurisdictions, remittances represent a significant proportion of GDP. Yet despite this, the majority are also engaged in work on CBDCs, some of which is very advanced. Globally, only a handful of central banks responded that concern about cryptocurrencies or other private digital tokens was motivating work on CBDCs."

"The survey defined these tokens as those with an identifiable issuer or that represent a claim and/or underlying asset (unlike a cryptocurrency)."

A correction here, stable coins are absolutely cryptocurrencies as they run on blockchains. For example, tether runs on the tron, omni and ethereum blockchains.

Translation: Our efforts to undermine banking systems via negative rates & big regulatory burdens on small banks are paying off. As we're getting ready to crash all, this verbal alibi will help when we'll claim banks must be replaced by central bank digital currency total control Link

Prof. Charles Goodhart: "Central banks have ripped up the centuries-old long-standing Concordat between the central banks & the commercial banks", whereby the latter are allowed to create the money supply, earning a living off their allocation of new money while CB coordinate Link

That would be welcome, as it would leave the thousands of small community banks in Europe left standing upright & in good order, ready to provide proper and efficient banking services to all. - As long as the regulators don't again make them pay for the crimes of the big banks. Link

QE Infinity now official. QE will run "as long as needed to reinforce the accommodative impact of our policy rates". As the low & negative rates are the opposite of accommodative as far as the real economy is concerned & as rates follow growth, endless QE. https://t.co/MIJNQrwmZ3?amp=1
Link

CBDCs and climate change are running on parallel tracks to the same destination?

“We all too often have socialism for the rich and rugged free-market capitalism for the poor.” -Dr. Martin Luther King Jr. 1964 Link

A New 'Greenwashed' Road To Serfdom

Most importantly, when we see narrative being marshaled to hand over arbitrary power to institutions that are not accountable to us, the people, we can speak up and resist. Resist an extension of the territory granted to central banks beyond traditional, explicitly defined macroprudential activities. Resist extending quantitative easing (and tightening!) to ideologically and environmentally derived rankings of sectors, industries, companies and municipalities.

Thank you Audaxes for your good explanations and worthwhile posts.

Thank you - some observers are more forthright and acerbic in their condemnation - https://thesaker.is/bankocracies-the-real-western-governance-model-endi…

The BIS, known as the banker's bank. Imagine a cartoon drawing in a newspaper of a person standing firmly gripping a number of dogs on leashes. The person is the BIS and the dogs under firm control are the worlds central banks.
The idea of telling us about a survey is a way to make it look like it's not an agenda.

Charging interest no longer works, due to there being too much debt being carried by the masses. The rothschilds money system has been broken by short term banksters bonuses.

Like the current system, the elite want to own a central digital currency and the bank of international settlements job is to ensure it; rather than the bitcoin system, which isn't owned by anyone and being manipulated out of business.

OK, but what does transitioning to a centralized digital currency mean for all the fiat? Are you suggesting a debt jubilee and then phasing out of the current money supply?

If that were to happen, every potential FHBer should buy a house tomorrow. Imagine what will happen to house prices if we transition from interest bearing lending to interest free....

An interest only loan at 0.5%.. even a soggy plaster box would be worth millions.

At that point, rather than give away money it probably makes more sense for governments to build housing for everyone.

Quite the quandary for Central banks and banks in general. The spectre of a digital currency owned not by them, must be causing heart palpitations. Going to be an interesting Decade this one..

Not sure that's the suggestion at all. They're looking at utility with cross-border transactions, similar to what Ripple is doing with their technologies and with the XRP coin.

War of the Central Banks will start the Third World War. I am sure the Chinese will jump the gun soon with their digital yuan and have a head start in roping in supporters. India is another possibility. The West has had a failure with the Euro experiment, so will be wary of the CBDC controlled by either the US or European Cental Bank. Interesting times ahead, aye.

China already has a head start with their own digital currency. They've been moving more than any other country.

It is a known fact that virus and bacteria can spread through the use of physical currency. But banning it will drive a lot of commerce underground, so Governments, especially dictatorial ones like China, will be in a serious crack if they try to do that. They will run the risk of losing control of a lot of their society.

Parts of this mystify me. I understand that CBs surrendered control of the money supply to the banks, but surely through advice to their Governments they can surely have regulation introduced that brings that back under their mandate? Or are the banks now so powerful that CBs and Governments are afraid to act to regulate them?

An extension of this question - if Governments take power back from the banks (after all the Government represents the people) will the banks go to war (and what would this look like) with the Government/people?

A possible solution - instead of floating currencies whose value is driven by the markets (or banks) why not just negotiate country to country to have a fixed values?

Lol, if currency goes digital, then someone else (most likely the man on the street) is just going to mint some new physical coinage instead.

You could be right, like gold and silver coins.

Certainly if someone offered me the real value of the coin as an exchange I would take it, and I'm sure quite a few others would also. This would be a dilemma for governments; not unlike cashies, however I could see this happening if digital currency is imposed on people.

No one could stop trading real metal in whatever quantity you like. It already is a universal currency.