Andrew Cornell of Bluenotes delves into how the economy and the business sector will fare when COVID-19 related life support is eventually switched off, and what this may mean for banks' bad loans

Banking
Andrew Cornell of Bluenotes delves into how the economy and the business sector will fare when COVID-19 related life support is eventually switched off, and what this may mean for banks' bad loans
22nd Oct 20, 12:27pm by Guest 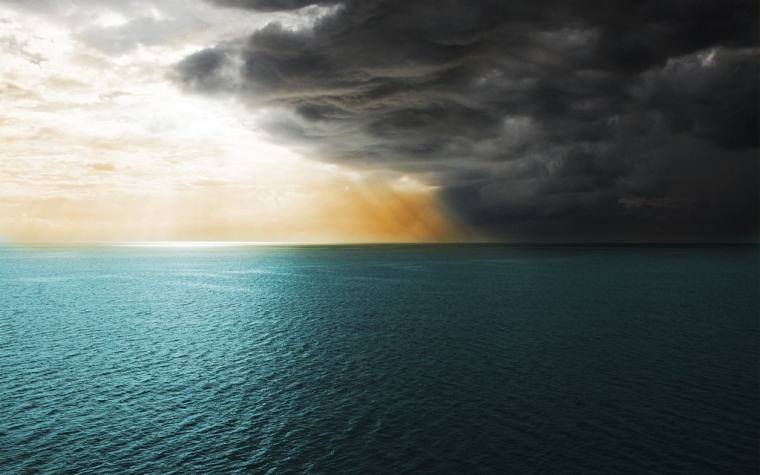 One of the enduring debates in banking over the last three decades is how to account for bad loans. Not those which are definitely duds – because the business has failed or the homeowner has defaulted – but those which might eventually go bad.

Banks are not taking enough risk if no loans ever go bad – after all banks are in the business of providing risk capital at an appropriate price. But given a certain proportion of loans will go bad, how should banks provide for them in their accounts without knowing exactly which ones will tip over?

In this time of global pandemic, that is truly a multi-billion dollar question.

Back in the 1990s, after Australia’s last recession, the banks began to move towards “dynamic” or “expected loss” provisioning. Based on history and data modelling, they would set aside – provide – a certain percentage of the loan book to cover future bad loans even though those loans hadn’t yet failed.

That made sense: it meant reserves were stashed away for when they were needed. But this regime fell out of favour because of the view it could be used to sandbag future results. And, some argued, why should today’s shareholders pay for tomorrow’s – estimated - losses?

However, not providing for unknown but inevitable bad loans in advance meant bank profits were inflated in good times and plunged, pro-cyclically in bad.

The current accounting standards require two kinds of provisions to recognise this tension: individual provisions – for known bad loans – and general provisions– to account for the prevailing environment and the potential for bad loans in the future.

COVID-19 however is not surprisingly a major challenge for the system.

Loans which would be expected to fail are being held aloft by government support of business, prudential dispensation by regulators, deferrals by lenders and legal allowances for company directors.

From one perspective, this is sandbagging on an economy-wide scale. Surely, at some point in this dire recession a sizeable proportion of those loans will go bad?

Businesses which are losing money because the economy has been brought to a halt but can be expected to survive on the other side are being propped up.

Of course, not all will. This is a catastrophic recession and could yet – given the second and third waves of contagion around the world – become a depression.

The Reserve Bank of Australia’s (RBA) biannual Financial Stability Review warned business failures will rise – although they haven’t yet. Just as “excess mortality” data give us an insight into how many lives the coronavirus is ending prematurely, insolvency data show business life support is keeping an excess number of companies alive. Insolvencies recorded by the Australian Securities and Investments Commission (ASIC) are running around 75% lower than for the comparable period last year – before the virus.

That may be changing: data show defaults rising 23% in September, having been stable since May. Companies entering voluntary administration rose by 11% over the same month, according to data from CreditorWatch.

“Business failures will increase, although there is a high degree of uncertainty about the magnitude and timing,” the RBA warned. “It will depend on the strength of the economic recovery, which will be influenced by the duration and severity of future COVID-19 related disruptions, and the timing and extent of the unwinding of the various support measures.

“Bankruptcies and insolvencies are currently very low because of the income support, loan repayment deferrals and temporary insolvency relief.”

The RBA said COVID-19-linked government subsidies amounted to cash buffers of up to $A260 billion. The RBA estimated measures such as the temporary insolvency relief have cut business failures by about 4600 so far and would rescue more than 10,000 companies in total.

However, support measures are already rolling off and that will accelerate between January and March. According to the RBA, if the estimated 3% fall in business revenue late in the fiscal year to June 30, 2020 fails to recover, annual business revenue would plunge a further 9.5% in financial 2021. That would translate to an extra 5,200 company failures - on top of the typical 15,000 to 20,000 business closures each year in Australia (via insolvency and voluntary exits).

"Business failures will rise substantially when loan repayment deferrals and income support come to an end," the RBA said.

“Businesses failures are a key risk to the financial system for a few reasons. First, a higher rate of business failure means there will be larger loan losses, since insolvent firms hold debt (by definition). Second, an increase in the rate of business failures can pose indirect risks to the financial system if they lead to widespread job losses that put household finances at risk. Third, there can be adverse spillover effects if firms in financial trouble do not pay debts to other businesses in their supply chain. Finally, widespread business closures can lead to an increase in property fire sales, with flow-on effects to the prices of commercial properties, which are used as security for many business loans.”

With the health measures such as social distancing and lockdowns necessary for the acute medical emergency, the services sector, particularly live entertainment, dining, tourism and accommodation have suffered the most (with collateral excess damage to female employment).

There are undoubtedly hordes of “zombie” companies lurching about in the business world. And zombies, when they finally die, leave a trail of bad loans across the finance sector.

The question then is what will be the final impact on banking profits and how should the banking sector be providing for them? The upcoming major bank reporting season in Australia won’t give us the answer as there remains insufficient certainty. General provisions are already being increased, however.

That’s in keeping with accounting rules around individual – known – provisions and general – estimated – ones.

The uncertainty will not be resolved until at least the next reporting season, six months down the track. If then….

According to Fitch Ratings “we do not expect to resolve the Negative Outlook (on Australia’s major banks) until early to mid-2021, when there should be greater clarity on the banks' asset quality and other core financial metrics”.

The Bank for International Settlements (BIS) advises ongoing stress testing of financial systems, with the terms clearly articulated and tailored to different economies, are essential.

The upcoming bank reporting season will certainly provide new information but it won’t tell us definitely how the economy and the business sector will fare in the absence of life support. And that, ultimately, drives the credit cycle.

*Andrew Cornell is managing editor of ANZ's bluenotes. This article was first published on bluenotes and is used here with permission.

So with more bad bank loans looming large on the horizon John Key suggests the new banking capital requirements should be delayed. How does he sleep at night?

Karl 100% agree with your comments. Also JK and others never talk about savers and what risks they are taking on if you have cash in banks. But they want to pay zero return and increased risk daily.
With RBNZ saying banks don't need extra provisions for non performing loans a deposit holder has no idea of what risks they are facing. If this is a good idea why did banks ever make extra provisions for non performing loans in the past.
There is a refusal to discuss bringing in a bank guarantee all the while depositors are facing more and more risk.
The distortion created means zero return for maximum risk at trading banks for deposit holders.
All to save the debt fueled who cant be fiscally conservative.
Personally I hope we get a big unemployment issue and forced sales so the market can clean out the housing market. Slim chance it will happen but the only way it would with RBNZ and Orr viewing themselves as life savers for the debt fueled.

Completely agree OC - at this late stage of the debt cycle, it surprises me how corrupt/morally and ethically empty the banking sector can become. When I was younger I used to respect bankers. The bank manager was a very well respected part of society, especially in smaller communities. Now they come across like dodgy used car salesman. My trust and respect for those in the industry (I'm sure they're all nice people individually) has withered away to being very little (unfortunately).

To quote investing legend Charlie Munger "always take the high road its less crowded". Our Banks would do well to follow this advice.
Deposit holders are becoming the faceless and non relevant part of the banking business.
Also our banking industry has danced its way round a Royal Commission of Enquiry like in Australia into banking practices.
I suspect if there was the political will to have one the skeletons that would come out would shock the public.

Reduce your morals and ethics to very low standards and remember its all about 'me' and the 'money' - then you sleep very well indeed.

Its the quiet before the storm...

so with cumulative differences monthly added up, roughly 3000 anticipated company failures in the normal course of events were deferred over 8 month period, plus another 5000 calculated additional failures due to the conditions now evident, so look for 8000 companies to hit the wall in first quarter 2021

Where is safest place to keep deposits if not the bank?

Locked up next to your ammunition.

Crypto also and option. It exists only as a vote of no confidence in the central banks and their vapour fiat.