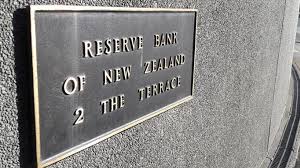 The following Statement was released today by the RBNZ.

The Reserve Bank of New Zealand – Te Pūtea Matua is responding with urgency to a breach of one of its data systems.

A third party file sharing service used by the Bank to share and store some sensitive information, has been illegally accessed.

Governor Adrian Orr says the breach has been contained, and the Bank is treating the matter with the highest priority, and acting with urgency.

“We are working closely with domestic and international cyber security experts and other relevant authorities as part of our investigation and response to this malicious attack. The nature and extent of information that has been potentially accessed is still being determined, but it may include some commercially and personally sensitive information.”

“The system has been secured and taken offline until we have completed our initial investigations. It will take time to understand the full implications of this breach, and we are working with system users whose information may have been accessed. Our core functions remain sound and operational.”

Cyber-crooks ought to be tarred & feathered - in public.....

An old (and effective) punishment for a new (and despicable) crime.

So like, you think the perpetraitors got something serious?

Maybe -
1) The secret plan to manufacture the illusion of an economy by trading houses to each other at an ever increasing cost. Thus removing the capability to invest in productivity. People getting independently wealthy, creating businesses, seriously get in the way of wealth transfer.
2) The script for the next round of the, award winning, kabuki performance of 'nah, you fix housing - wink' with the government of the day.
3) The gosplan for the introduction of `MMT` as a guise for a new techno-feudalism that would make the dark ages look like the enlightenment.

Seriously, though, would have to be a state actor, surely, to get access, otherwise Orr and co. are really not doing their job.

Points 1) and 2) are just brilliant. The sad thing is that they are supposed to be ironic, whilst they actually represent the current reality.

Expected you to be pleased TTP, Hackers may have wanted to drop interest rates further to a negative value. Just think how much more lovely debt that would create for our false economy, sending house prices sky rocketing to the moon!!

Try to do that to CCP no 1 or Russia no1 or other so called 5 eyes buddies.. hell, if you good enough you can even launch a good forever anonymous attack from the unknown, ambiguous, difficult to trace source/2 to power of n, n=world number of possible countries, agents, companies, organisations, billions people on the planet etc. - you've got massive interlink data to analyze (.. well?, if I mentioned it .. it won't be anonymous isn't it?) - Good crooks, are the ones that never get caught in their lifetime. Carry the deed secret to their final breath, alone.

Probably someone trying to put the OCR back up where it should be.

And the rest... imagine the emails

Why the need to do a press release on a Sunday afternoon? Are they expecting something to be dumped publicly?

Sounds like the rent and house price increases might be starting to effect the staff in Wellington maybe? Classic inside job maybe

If there is a leak (emails etc.) it could have a massive impact on the housing market & economy in 2021... Could this be what bursts the bubble?

Dream on. It won't affect SFA

Someone stole the LVRs, just as they were going to reintroduce them - gosh darn! How about that?

Oh true, nothing to worry about..

Sure this sensitive information was encrypted (salted and hashed). It's basic security protocol.. right?

Guess both of us are in the dummy category then

Not an intelligent comment Hook, which inadvertently labelled yourself unintelligent.

A label I wear with pride

Money down that someone from rbnz uploaded it to Dropbox or similar without any password protection. No hacking involved, just the usual suspects.

You have instantly become in top 1% of commentors, congratulations on your intellectual competence

Agreed. Probably uploaded to OneDrive with the default folder share setting as "Anyone with the link can edit".

What is curious (maybe annoying) to me is the label “hacked” and I see it used here too. Points to interest.co for saying security breach. I surfed over here after the MSM saying RBNZ hacked, like NZX hacked...sigh, really. That’s the best our journos can do? My 2c, differences and neither actual old school hacking, (analogy) sounds like RBNZ left the key to the PO Box on the desk and someone found it, maybe passed it on. NZX, someone put sugar in the petrol tank to stop them going. Actually got information vs stopped information transferring. Boring I suppose. Happy Sunday.

Same as Healthcare sectors or other govt agency, this data attack at RBNZ was due to systemic failure as a result of decades of racism, discrimination & preferences. The moment RBNZ start to be inclusive, away from the old boys mentality into new paradigm of hiring good IT staff which predominantly came from 'underprivilege specific NZ ethnicities', then we can be assure that such future occurrence will be unheard of or the very least shall be put into minimum.. dung.. dang.. dong..

There's both good and bad developers of all ethnicities. It's racist to suggest otherwise. The real reality is, coding being a skill in extreme high demand most of the best ones go to the USA or Australia rather than come to our little backwater, where the pay isn't as good, the cost of living through the roof, the city lifestyle sub-par, and the projects generally smaller.

Cyber security breaches in government institutions seem to have become a weekly occurance. Security costs money but there is a real resistance within Western governments to spending any. So we await the inevitable disaster that will change that attitude.

Is this going to be one of those Wellington 'hacks' where 'hacked' means 'we used the search function for something and it gave it to us'? What were the consequences for that highly partisan smear again? Oh right, none whatsoever.