Three threats to Australasian banks from Afterpay's acquisition by Square 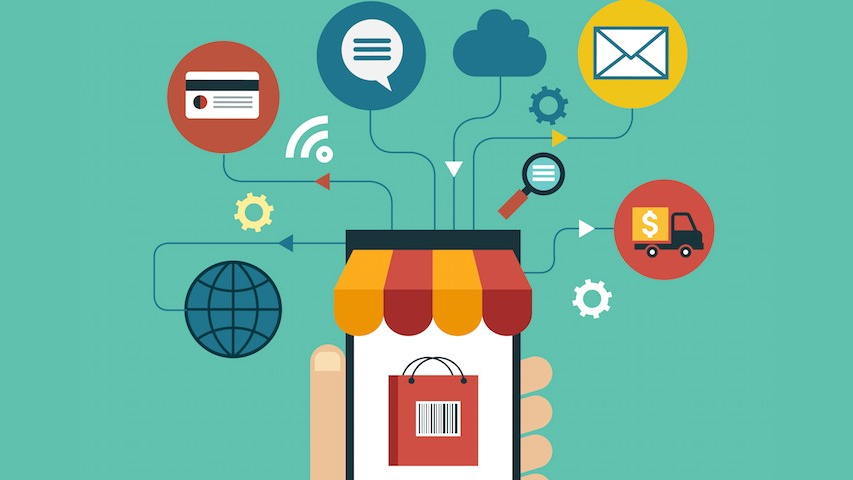 There are three key ways Afterpay's acquisition by Square threatens Australasian banks, according to someone who advised Afterpay on the deal.

Speaking in an Institute of Finance Professionals New Zealand webinar, Barros suggested three key ways the merged entity threatens banks in this part of the world.

The first is by providing direct competition in the provision of traditional banking products to merchants.

"Square Seller" already offers traditional banking services including deposit and lending services, and is a merchant acquirer, Barros points out.

"Merchant acquiring is seen as a very important relationship builder for banks. It's a way to get in the door, introduce yourselves, and roll out small business loans and the like."

"And at the same time it's also an important portal to getting merchant data and in that way better inform your future credit underwriting decisions," Barros says.

He also notes that Square, which has a banking licence in Utah, has lent more than US$8 billion to some 435,000 merchants in the US. Additionally Square announced plans in April to start offering business banking in Australia.

Secondly, the combined Square-Afterpay has even greater potential to attract young customers and keep them away from banks.

"Afterpay's model of no interest, no fees has resonated particularly well with millennials and Generation Z customers who have turned away from credit cards and the banks their parents use. Afterpay has capitalised on this by creating tools that help customers budget," says Barros.

"Square already provides a number of services to individuals and customers that they would receive from banks. That's the ability to deposit funds, payments, and the ability to invest and trade in stocks."

"Combining Afterpay and Square means that this all-in-one service is really enhanced. And it means there is an opportunity for Square and Afterpay to combine to keep those customers, [and] that they don't really need to use a bank just yet, [potentially] keeping those customers away from the banks ...for example, probably until they need to make a material loan of some sort or need a mortgage," Barros says.

Thirdly, Afterpay and BNPL are helping drive a shift away from traditional credit cards, which have historically been "a big money spinner" for banks.

"The banks have seen what BNPL can do and they've therefore launched their own versions of BNPL. But they're in a tight spot because the more BNPL succeeds, the more that their hard revenues are cannibalised," Barros says.

"So they're trying to balance that and protect their credit cards and ensure that these new, nimble BNPL businesses don't eat their lunch. It's definitely a difficult position that they're in from a credit card perspective, and Square can simply help accelerate that by giving exposure to a much broader customer base."

Barros notes that the number of credit cards in Australia has been declining since 2018, with a similar trend evident in the US over the last 12 months.

Meanwhile, Barros also noted that Afterpay makes 80% of its revenue from 3% to 5% merchant service fees, charged to merchants on sales, and has an earnings before interest, tax, depreciation and amortisation (EBITDA) margin of 46%.

In June Commerce and Consumer Affairs Minister David Clark said a discussion paper on the potential regulation of unregulated BNPL services would be issued later this year.

Why would a retailer want to be paying 3% to 5% of sales as merchant service fees to Afterpay, compared to the 1%-2% payable for the same fees with mainstream banks?

"Afterpay makes 80% of its revenue from 3% to 5% merchant service fees, charged to merchants on sales."

Depends on the market the retailer is serving.

BNPL appeals to certain market demographics. Retailers will bode well having the facility if they're serving those segments.

Not good. This replaces the problem posed by unregulated and high merchant service fees for credit (and scheme debit) cards with the same issue under BNPL, which is not regulated. Specifically: the buyer getting free interest on BNPL is being subsidized by other customer, who are paying using low fee regulated credit cards. Merchant charges same price but incurs a gross 5% extra charge minimum selling to the BNPL customer.

Specifically: the buyer getting free interest on BNPL is being subsidized by other customer

The banks sometimes offer (less so in COVID times) 0% interest credit card balance transfers, usually for 12 month terms. Is this not also a subsidy of some customers at the expense of others?

Don't forget the aggregate benefits of irresponsible lender, which they generally seem to be indulging in a lot more than banks. Around christmas time, there will be a lot of people who want to spend more than they reasonably can afford (especially as these two stressful years), and from many people falling into that category where buy-now-pay-later can somewhat slip under the credit raydar, retailers can make a lot more sales in gross even if they're paying a higher fee, since those sales by definition wouldn't have happened if only the regular credit options were there (and it doesn't have to be that big, eg someone increasing the size of their presents list to $300 from $240 by adding 1 more person onto their shopping list).

Why would a retailer want to be paying 3% to 5% of sales as merchant service fees to Afterpay, compared to the 1%-2% payable for the same fees with mainstream banks?

Because if the additional 'cost of sales' (merchant fees) leads to greater sales volume and incremental sales, then it improves revenue and profits. Simple really. Furthermore, this is linked to shopper marketing; specifically, a certain shopper segment will make the decision to buy using AfterPay because of the BNPL trigger. It's not a question of ethics. It's putting the power in the hands of the shopper. This has worked extremely well in the fashion category.

Yes. BNPL is just an evolution of the zero % interest over 60 months or whatever we started out with years back. Helps retailers move stock today instead of holding it at the risk of having to discount or write off.

The problem is when the BNPL terms stipulate the retailer can’t pass their relative savings on to their customers who choose to pay using EFTPOS or cash. In my book this is anticompetitive behaviour plain and simple.

As for the marketing benefits, there probably are some when few retailers have BNPL but what happens when the market is saturated? If everyone offers it I fail to see where the benefit lies for retailers.

What is the default rate in such BNPL business ?