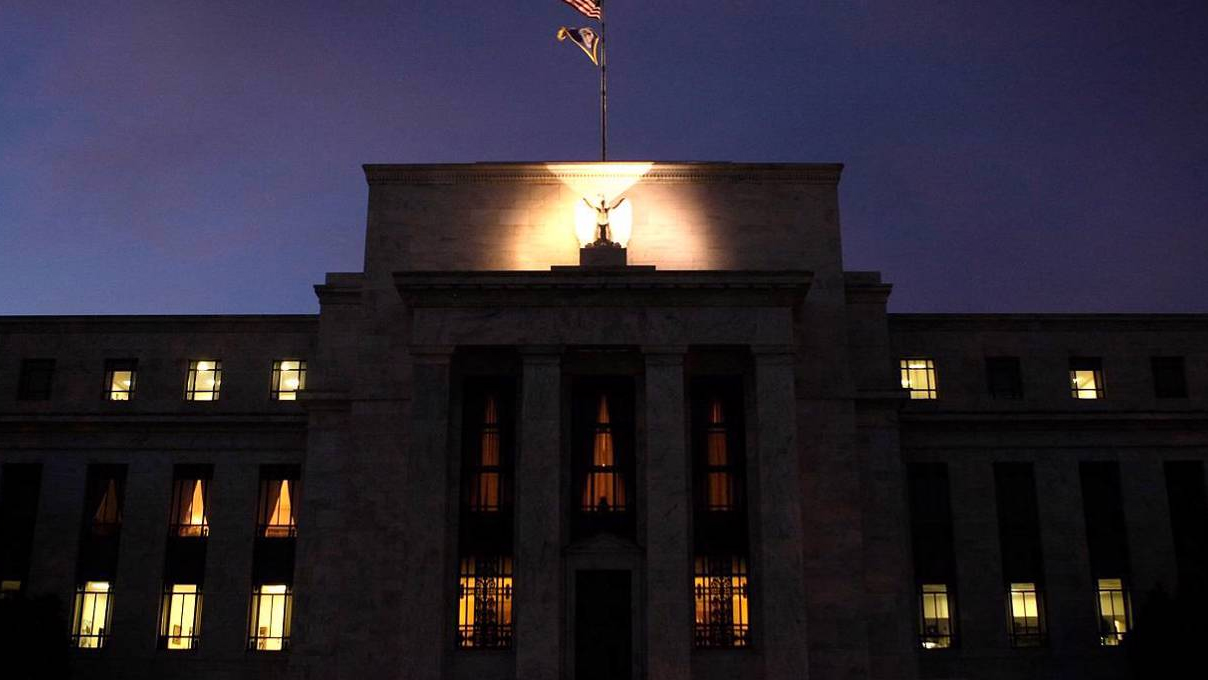 The transitory inflation debate in the United States is over. The upsurge in US inflation has turned into something far worse than the Federal Reserve expected. Perpetually optimistic financial markets are taking this largely in stride. The Fed is widely presumed to have both the wisdom and the firepower to keep underlying inflation in check. That remains to be seen.

For its part, the Fed counsels patience. It is so convinced that its bad forecast will eventually turn out to be correct that it is content to wait. No surprise there: The Fed telegraphed such a response with the “average inflation targeting” framework that it adopted in the summer of 2020. In doing so, the Fed indicated that it was prepared to forgive above-target inflation to compensate for years of below-target inflation. Little did it know what it was getting into.

In theory, average inflation targeting seemed to make sense – an elegant arithmetic consistency of undershoots balanced by overshoots. In practice, it was flawed from the start. It was an inherently backward-looking approach, heavily conditioned by a long experience with slow growth and low inflation. The Fed believed, as did many, that the pandemic shock of early 2020 was cut from the same cloth as the 2008-09 global financial crisis, underscoring the possibility of yet another anemic, disinflationary recovery that could push already-low inflation dangerously toward deflation.

Just like Japan. Ever since the dot-com bubble burst in 2000, Fed policymakers have worried about a Japan-like endgame for a crisis-prone US economy – lost decades of economic stagnation coupled with persistent deflation. Those concerns are understandable if a crisis hits when inflation is already dangerously close to zero. But by fixating on the risks of a Japanese-style deflation, the Fed all but ignored the possibility of a major upside inflation surprise.

And that is exactly what has happened. Thanks to an explosive post-lockdown rebound in aggregate demand, which the Fed itself played a key role in fueling, already-stressed global supply chains quickly snapped. From food, semiconductors, and energy to shipping, homes, and wages, today’s multiplicity of price and cost pressures are far too numerous to count. Transitory one-off price adjustments became pervasive, and a major inflation shock is now at hand.

But there is an added complication – the Fed’s belief in the magical powers of its balance sheet. Like average inflation targeting, quantitative easing was also born of recent crises. Ben Bernanke, first as Fed governor, then as chair, led the charge in cataloging the endless list of unconventional policy options that a fiat monetary system has at its disposal when the nominal policy rate nears the zero bound.

Bernanke first couched this in terms of a thought exercise in 2002, stressing the Fed’s unlimited capacity for liquidity injections via asset purchases should deflationary risks mount. But when reality came close to the hypothetical in 2009, Bernanke’s script became an action plan – as it did once again in the depths of the COVID-19 shock of 2020. While out of basis points at the zero bound, the ever-creative Fed was never out of ammunition.

The challenge comes with normalisation – restoring monetary policy to pre-crisis settings. And for both the conventional benchmark policy interest rate and the unconventional balance sheet, the Fed has yet to figure this out.

The Fed faces two complications in policy normalisation. First, unwinding ultra-accommodative monetary policies is a delicate operation that raises the possibility of corrections in asset markets and in the asset-dependent real economy. Second, there is confusion over the timeframe of normalisation – how long it takes to return policy to its pre-crisis settings. That is because, until now, there has never been an urgency to normalise. The persistence of low, and often below-target, inflation would give an inflation-targeting central bank plenty of leeway to feel its way gradually, step by step, down the road to normalisation.

Think again. Now the Fed must normalise in the face of an inflation shock. This calls into question the glacial process envisioned in a low-inflation normalisation scenario. The Fed has failed to make this important distinction. It has telegraphed a mechanistic unwinding of the two-step approach it used in the depths of the crisis. The Fed views normalisation simply as a reverse operation – reining in its balance sheet first and then hiking the policy rate.

While that sequencing might be appropriate in a low-inflation environment, an inflation shock makes it unworkable. The preferred first step, balance-sheet adjustments, is likely to have only a limited impact on the real economy and inflation. Balance-sheet transmission channels, running through long-term interest rates and lagged wealth effects from adjustments in asset prices, are highly circuitous, at best. The Fed needs to reassess its mechanistic approach to policy sequencing.

With inflationary pressures now going from transitory to pervasive, the policy rate should be the first line of defense, not the final shoe to drop. In real (inflation-adjusted) terms, the federal funds rate, currently at -6%, is deeper in negative territory than it was at the lows of the mid-1970s (-5% in February 1975), when monetary-policy blunders set the stage for the Great Inflation. Today’s Fed is woefully behind the curve.

My advice to the Federal Open Market Committee: It is time to up the ante on creative thinking. With inflation surging, stop defending a bad forecast, and forget about tinkering with the balance sheet. Get on with the heavy lifting of raising interest rates before it is too late. Independent central bankers can well afford to ignore the predictable political backlash. I only wish the rest of us could do the same.

The Fed faces two complications in policy normalisation. First, unwinding ultra-accommodative monetary policies is a delicate operation that raises the possibility of corrections in asset markets and in the asset-dependent real economy.

There’s no money in monetary policy, just a bunch of technical puppetry designed to make an altogether uncurious financial services industry lap it all up.

If there was no money in money, how could it be in stocks? Instead, what was being priced in equities was this low risk idea sprung from all the myths and smoky, mirrored signals planted by a compliant industry further emphasized by the uncritical media.

Share prices, more than anything, correlate to signals not bank reserves. And in the respect they correlate to bank reserves at some times, those, too, were purposefully-designed signals. Ever notice how all of them always end up suggesting low risk at a time when the economy kept on falling behind to now more than a $5 trillion gap beneath its prior baseline? Just in the US.

That’s because these disguised by monetary policy were actually noise where policymakers had long ago – in the absence of monetary competence – put the cart before the horse. Expectations policy really says that you can create money out of psychology; get stocks up and consumers will spend, businesses will invest (economic demand and therefore demand for money) that then creates the low risk environment which convinces banks to put up the real printed cash (bank balance sheet capacity) for it. - Link

We shall see tomorrow how our Orr will paddle through the first of the summer wine. I think Roach is onto it. Get the interest rates up now. If they don't, then the USD could dive, which I suppose if nothing else, will stop them importing stuff from China. Personally, for us, I'd like to see a 0.5% rise on the morrow for an OCR of 1.00%. But I'm not the guvna! Re the Fed swallowing a dead rat - well, they killed the rat in the first place, it's only right that they eat it.

I think Roach is onto it. Get the interest rates up now. If they don't, then the USD could dive..

Mr. #continuity himself Powell nicely flattened the curve, too, while $ goes higher. - Link

If they don't, then the USD could dive, which I suppose if nothing else, will stop them importing stuff from China.

You're dreaming mate. The USD will always be in demand (remember it's THE base currency for global trade for white and black markets) and China ware is so cheap plus their currency won't appreciate much either (they're in stagflation).

This is the desperate writing of an economist who lacks the knowledge to operate under a new paradigm. The old guard just want things back to normal - when central banks could pretend that they were independent, and monetary policy was considered to be powerful in the post-gold standard era, where 1970s neoclassical economists had the right answers (despite being wrong more often than right), the financial sector was basically given free money, and Governments could pretend that money is finite (whilst natural resources are limitless).

Totally agree. I've emailed him; he replied but wasn't biting.

Everyone trained in economics, is currently blindsided. That is because they don't factor in the only thing which counts - the physical world. Japan is the canary in the coalmine, but we can't all go that way and have the system continue. So it probably won't.

Interesting times, but not times which can support interest.

The Fed has little capacity to raise interest rates or to unwind accommodative policies - they are caught in a debt trap.