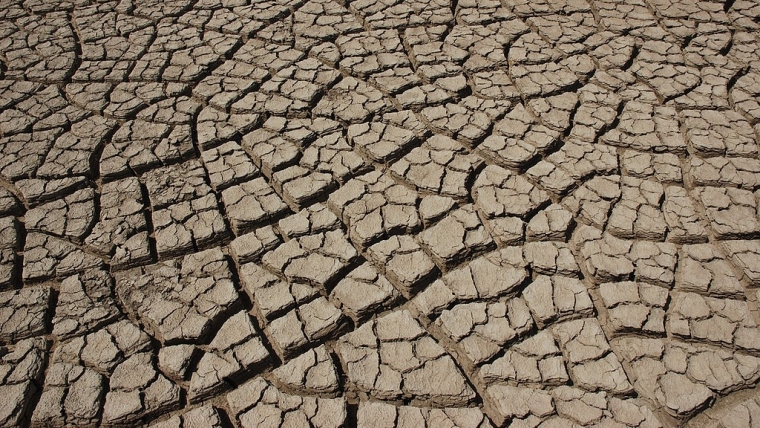 NZBA suggests this in its submission to the Ministry for the Environment on the Government's Draft National Adaptation Plan (NAP). It also says the NAP could be more ambitious, and should include more detail to be more effective.

When the draft NAP was released in April, Climate Change Minister James Shaw said it was designed to help communities across New Zealand "adapt to the unavoidable impacts of climate change."

"The draft National Adaptation Plan outlines the actions the Government will take over the next six years to respond to the priority climate-related risks identified in the 2020 National Climate Change Risk Assessment," Shaw said.

“Central Government does not bear all the costs. The consultation asks how best to share risks and costs between property and asset owners, insurers, banks and local government as well. It also asks for views on managed retreat and flood insurance, to ensure a joined-up approach to climate change adaptation."

In its submission NZBA notes a key contributor towards strengthening climate resilience is the flow of both public and private capital. It points out page 145 of the NAP says the private sector should "provide finance." NZBA argues this statement is too broad to provide helpful direction.

The NAP needs more detail on the role of finance, NZBA says, pointing to recommendations from the Sustainable Finance Forum’s Sustainable Finance Roadmap for Action, notably Chapter 9. This calls for the development of a whole-of-government sustainable finance strategy. The Sustainable Finance Forum is part of the Aotearoa Circle, which describes itself as a voluntary initiative bringing together public and private sector leaders "to investigate the state of our natural resources, and to commit to priority actions that will halt and reverse the decline."

As part of a stronger focus in the NAP on the role of finance in climate adaptation, NZBA is: "Encouraging the government and the Reserve Bank to consider how they can actively support strategic climate investment, particularly through reduced capital requirements and different risk weights to make such investments more attractive."

Asked for additional comment on this, NZBA CEO Roger Beaumont said, via a spokesman, that finance has an important role in climate change adaptation, including access to capital.

"We suggest the government and the Reserve Bank consider how they could actively support climate investment, for example through reduced capital requirements and different risk weights to make these investments more attractive. That investment could include things like investing in low emissions technologies or assisting the agricultural sector to mitigate and adapt to climate change. There’s a range of investments that might fit the bill," Beaumont said.

"At this stage we don’t have a view on how much capital requirements should be reduced. This is just one way the government could incentivise climate investment. The point is to consider how the government, and in this case the Reserve Bank, could help make it easier to get those investments across the line," added Beaumont.

Meanwhile, NZBA also wants borrowers and lenders to be encouraged to structure more green loans and bonds to address the following:

"The plan could be more ambitious and include greater detail to make it more effective. For example, the timeframes in the plan should extend beyond six years, and we’d like to see defined roles and responsibilities to deliver a consistent response to climate change," Beaumont said.

The final version of the adaptation plan is scheduled to be published in August, with a Climate Adaptation Act to follow.

Seems like nonsense. Risk weights should be data-derived, reflecting the risk of investment.

If RBNZ wanted to incentivise sustainability, it could restrict banks from lax lending to owners of existing homes which leads to excess consumption.

'that finance has an important role in climate change adaptation, including access to capital.'

No. Here is the oxymoron of all oxymorons. It has been 'access to capital' (read: access to keystroked digits, with which the enfranchised disenfranchise others) which has facilitated the growth in activity, which is the predicament. Doing 'more' is not the solution. So interest-charging has to be eliminated. We need another construct, and that won't be part of it.

We need to be agreeing on a rate of degrowth, and a target level of activity. Then we can ask what we build, what we triage, what we discard and what we just have to endure. A phrase that obscures the problem is: ethical investing'. It's the investing (the expectation of a passive return, adding to growth) that is the problem. On a personal level I can feel sorry for those who hitched their mana/carreer/income/status to the banking paradigm, but at a systemic level I am very sure; usury has to go. It cannot fit degrowth, and degrowth is what we need.

It must get a bit depressing having to repeat the obvious over and over but please don't ever stop, it needs saying but many of us don't have the ability to put the obvious into words. Thank you

News report this morning that "100 homes will fall into the sea around Napier in next 20 years because of climate change".

I would be interested PDK on your thoughts on who pays...the homeowners, or the taxpayers rescue them.

Good Lord Beanie, you do realise there has been coastal erosion for, I don't know,  1/4 billion years??? I'm pretty sure Africa and the America's were a single continent a while back, that will trigger the millenials.

I totally agree, but the tone of the story was one of homeowners getting some sort of help "because it's climate change".

And what of the situation where there is a road between the house and the sea. Do taxpayers have to defend that road that provides the only access to the houses? And if the road is abandoned due to cost, does the homeowner get compensation?

Agreed, that's why I mentioned maintaining access to the community. I think that's appropriate. However, if you buy beachfront or on a flood plain then caveat emptor.

As for Banks getting capital relief for climate lending, that's just to boost their RoI and regulatory capital is there to protect tax payers and investors. Climate policies should be implemented by the Govt so they are accountable to the public.

Where was human built human infrastructure 1/4 of a billion years ago? I'm sure there has been coastal erosion for as long as there has been oceans, and the blue green algae were very concerned. As a strawman argument, "it always happened" is about as dumb as it gets!

Great post PDK. Unfortunately i think many of people driving the ship would see the planet burn before they will accept a slowing of growth (greed is a hard habit to break). I would hope to be proven wrong.

"Adapt to the unavoidable impact of climate change."

The only thing that seems "unavoidable" and has an "impact" on real people in the real world are the controls (in the name of climate change.

Meat is to be phased out.

Petrol cars are being phased out.

Marsden Point has been shut down and closed.

Eponents of the UN climate charter telegraph in articles periodically syndicated to sites such as this, that climate lockdowns are coming.

Yes, you are being aclimatized to "unavoidable" UN controls which will amount to an assault on your quality of life and your very freedom - all in the false name of climate change - which has never even taken place.