Former BNZ boss Andrew Thorburn is to leave as NAB CEO at the end of this month; Chairman Ken Henry will go after a permanent new CEO is found; moves come after fallout from Hayne Report; board member Phil Chronican will be acting CEO

Former BNZ boss Andrew Thorburn is to leave as NAB CEO at the end of this month; Chairman Ken Henry will go after a permanent new CEO is found; moves come after fallout from Hayne Report; board member Phil Chronican will be acting CEO 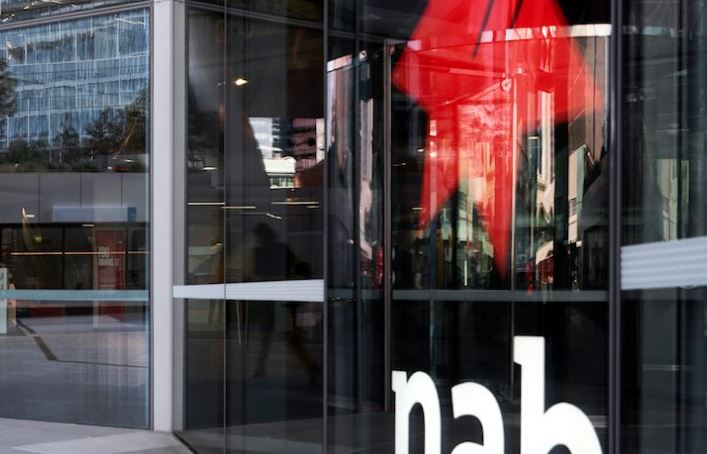 Today (Thursday), the share price of NAB - which is the parent company of the BNZ in New Zealand - rose another +1.3% after the Hayne Report, and up +9% from its pre-Hayne low. But now after markets closed both the Chairman and CEO have announced their resignations. Here is the Statement the bank has released to the ASX:

The NAB Board will initiate a global search process for the CEO role while actively considering a range of quality internal candidates.

Dr Henry indicated he would retire from the Board once a new permanent CEO had been appointed.

The Board has asked Philip Chronican, a current NAB Director with extensive domestic banking experience, to serve as acting CEO effective 1 March (subject to relevant regulatory approvals) until a permanent appointment is made.

During his time as CEO, Mr Thorburn repositioned NAB to focus on its core business in Australia and New Zealand. This included the divestment of Clydesdale Bank, Great Western Bank and MLC Life.

In 2017 he launched a significant transformation of NAB to make the bank simpler, faster and more focussed on customers. This program continues and the NAB Board is committed to the targets outlined in November 2017.

Mr Thorburn said: “It has been an honour to be the CEO of NAB, and to have been part of NAB since 2005.

“I have had a number of conversations with the Chairman this week. I acknowledge that the bank has sustained damage as a result of its past practices and comments in the Royal Commission’s final report about them.

“As CEO, I understand accountability. I have always sought to act in the best interests of the bank and customers and I know that I have always acted with integrity. However, I recognise there is a desire for change. As a result, I spoke with the Board and offered to step down as CEO, and they have accepted my offer.

“I have devoted myself to serve NAB and my hope and ambition is that the bank can move forward and achieve its vision of being trusted by customers for exceptional service.

“I want to thank the two Chairmen I have worked with, Michael Chaney and Ken Henry, and the professional working relationship I have had with both of them.

“Our Executive Team is capable and committed, and I have immense gratitude to them, and the leaders and all employees of the bank. I will greatly miss daily contact with them.

“I look forward to spending time with my wife, our family and friends, and reflecting on the many things I am grateful for, before I embark on a new adventure. “

Dr Henry said he and the Board had recognised that change was necessary. “The timing of my departure will minimise disruption for customers, employees and shareholders,” he said.

“This is naturally a difficult decision but I believe the Board should have the opportunity to appoint a new Chair for the next period as NAB seeks to reset its culture and ensure all decisions are made on behalf of customers.

“I am enormously proud of what the bank has achieved and equally disappointed about what the Royal Commission has brought to light in areas where we have not met customer expectations. Andrew and I are deeply sorry for this. My decision is not made in reaction to any specific event, but more broadly looking at the bank’s needs in coming months and years.

“The Board has appointed Phil Chronican as acting CEO to ensure the smoothest possible transition while we explore permanent arrangements. Phil is a senior banker with a great depth of background for this transition period.

“In addition, the Board will seek to bring on new non-executive Directors this year to increase diversity of thinking and experience for the challenges ahead, and establish a Board committee for customer outcomes.

“It has been terrific to work so closely with someone of Andrew’s calibre. He is an executive of the highest quality and integrity, and I am deeply impressed that he has demonstrated accountability for the issues NAB faces. Andrew has always put the bank and its customers first.”

Mr Chronican said he was privileged to have been asked to step in as acting CEO while the Board selected a new CEO.

“I recognise the important responsibility in stepping into this role at a difficult time for NAB,” he said.

“I am confident in our existing strategy to transform the bank to be better for customers and will work with everyone at NAB to earn the trust and respect of the community.

“Our strategy and the self-assessment we completed into our culture, governance and accountability set out clearly the steps we need to take to change and we are committed to them.

“We will also ensure NAB continues to play its crucial role in backing customers and business to grow, and in supporting the broader economy.”

Phil Chronican is a Director of BNZ. He's also worked at ANZ and Westpac. So what's going to change? (Not much, is the answer, and yes, I know it's only short term until Mike Baird (?) gets the job full time).
As I noted last week, I have sympathy for Thorburn. He was going to be damned if he did anything and damned if he didn't. (and if your PA is going to steal from 'you', you're probably too busy - and trusting - to notice)

From Wikipedia about Baird from his time in NSW poltiics:

> The Sydney Morning Herald described Baird's government as "the most devout in living memory," with a concentration of powerful religious figures in its upper echelons. Baird's chief of staff, Bay Warburton, once said that in his role as chief of staff he is serving Jesus, "and Mike (Baird), who's the Treasurer—he believes he's serving Jesus as the Treasurer of the state. He believes that he has a great opportunity to help people by making responsible decisions about the money from this state."

Personally I think there needs to be speration between the state and religion. Not sure you can draw from the Bible about "lending money into existence", even though it sounds somewhat anti-Christian to me.

they had a support councillor in the room just in case they needed someone to talk to, off course they got a decent severance of 5 years salary just to ease the pain.

No mention of a golden handshake? What's he getting for being the fall guy, how many millions?

Well unlike Goodwin at RBS at least they are exiting a going concern. Although believe Goodwin admitted he had already lined up a new STG millions position for himself elsewhere.