New Zealand Government Bonds now qualify for the World Government Bond Index, and while they may be the smallest component of that index, they offer the highest yield for a AAA/AA rating

Bonds / news
New Zealand Government Bonds now qualify for the World Government Bond Index, and while they may be the smallest component of that index, they offer the highest yield for a AAA/AA rating 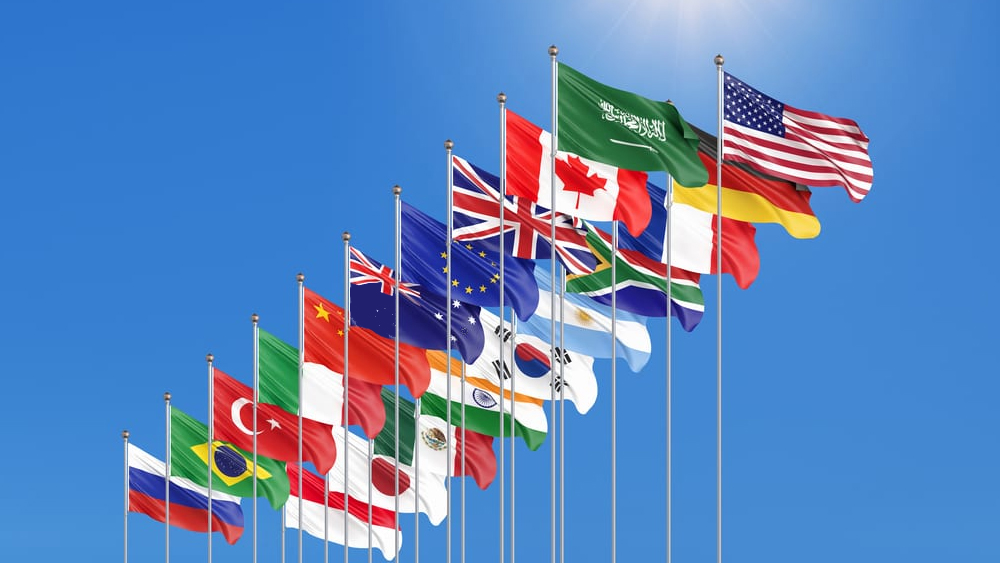 The confirmed inclusion of nominal NZGBs in the widely followed FTSE Russell WGBI benchmark is an important milestone for the NZ market and should benefit the bonds as well as market breadth.

On 1 April, FTSE Russell announced that nominal NZGBs will be included in the World Government Bond Index (WGBI) - a major benchmark for international investors - in November 2022.

This not entirely a surprise, since NZGB outstandings had been projected to surpass the US$50bn size criteria by February 2022 (Chart 1). And on 3 March, NZDM stated that the size criteria had been met. That said, awareness of potential inclusion was probably limited prior to the NZDM statement. More importantly, its official confirmation is an important milestone in the history of the NZGB market. 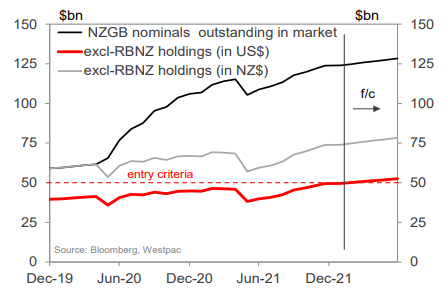 FTSE said that as at the 18 February 2022 fixing date, there were 13 NZGB lines totalling US$50.1bn equivalent. NZGBs will thus comprise 0.19% of the index (the main offset will be that the weighting for USTs will fall by 0.07%). Despite NZ’s small weighting (Chart 2), there should be significant positive effects.

Passive funds, which comprise the bulk of investor types tracking the WGBI, will consider allocations to NZGBs if they haven’t already. FTSE Russell has estimated assets under management by funds tracking the WGBI are worth around $3tr. Thus, fresh allocations to NZGBs could be worth as much as US$6bn, or NZ$9bn (estimating flow impact is necessarily imprecise, since not all trackers will allocate, while some non-trackers will follow the “signal”. Still, this is a useful estimate of potential order of magnitude). 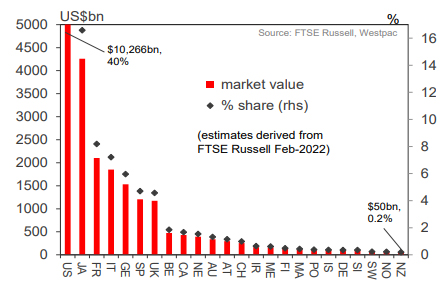 Index inclusion comes at an opportune time – NZGB yield spreads to most offshore peers have increased significantly over the past 18 months, mainly due to the RBNZ’s earlier and larger tightening cycle relative to other central banks. NZ will be the highest yielding AAA/AA member in the 24-member index (Chart 3). 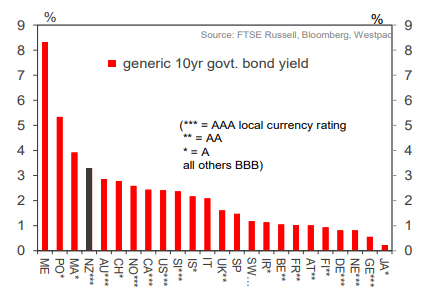 In addition to the explicit impact of fresh inflows on NZGBs, the market should also benefit from broadening in participation. Studies show that following the announcement of inclusion in a widely followed benchmark, the government bonds’ yields fall, and offshore ownership share rises. It is a reasonable assumption that the latter effect would also be correlated with an increase in the number of investors owning NZGBs.

This article is a repost from a Westpac note. Is is reposted here with permission.

Not a lot of comments. Do we finally have a subject where our armchair warriors don't have an opinion or do I speak too soon?

I think this space will remain an area of tranquility. Like you I think, I have been 'impressed' if that's the right word, by the depth of military and geopolitical knowledge held by some  on this site. They must have had astonishingly varied careers at very senior levels.

We are so 'lucky' to be privy to their piercing insights.