Auckland Council's overseas borrowing programme, the first by a NZ local authority, set at US$2.5 bln

Auckland Council's overseas borrowing programme, the first by a NZ local authority, set at US$2.5 bln 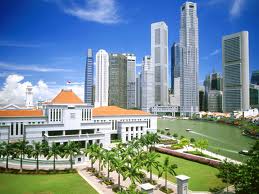 The maximum size of the Auckland Council's overseas borrowing programme, the first by a New Zealand local authority, has been set at US$2.5 billion (NZ$3.2 billion), arranger HSBC says.

Auckland Council chief financial officer Andrew McKenzie says the offshore borrowing programme is a core part of the council’s strategy to diversify its funding sources and lengthen the term of its borrowing.

"In going overseas, we will achieve both objectives and leverage off our position as one of the best rated institutions in the country," McKenzie says. "Auckland Council intends to fully hedge any currency exposure related to the borrowing."

McKenzie says any debt issued under the programme will be listed in Singapore but that doesn't necessarily mean it'll all be bought by Asian investors.

"An EMTN programme can be listed either on the Luxemburg, London or Singapore exchanges. We have chose Singapore due to time zone and ease of listing. No money has been raised to date and no there's forecast as to how much will be issued," McKenzie says. "(However) like all debt programmes we have to place a size on the programme."

For the year to June 30, 2012 Auckland Council currently plans to borrow a total of NZ$981 million, which includes refinancing of NZ$779 million and new debt of NZ$202 million.

The overseas borrowing programme is being arranged by HSBC, with ANZ, ASB, BNZ, Citibank, HSBC, Goldman Sachs, UBS and Westpac all involved as dealers.

The Council is able to borrow offshore after Parliament passed the Local Government Borrowing Bill in September.

This legislation lifts a previous prohibition on local government bodies borrowing overseas. The Auckland Council says borrowing money in currencies other than the New Zealand dollar will ultimately save it about NZ$10 million a year and says it'll hedge its exposure to interest rate and foreign currency fluctuations.

The legislation also established the Local Government Funding Agency (LGFA), or local council bond bank, through which other local authorities will be able to borrow overseas indirectly.

The LGFA is 20% owned by the central government, with the remaining 80% initially held by 18 local councils including the Auckland Council. Both Fitch and Standard & Poor's have issued the LGFA with a AA+ long-term local currency rating and a AA long-term foreign currency rating.

McKenzie says the Auckland Council's offshore borrowing programme allows it to borrow in "all markets except for the United States."

According to its annual report, Auckland Council, alone, had total net borrowings of NZ$2.97 billion as of June 30. That's equivalent to about NZ$5,792 per ratepayer.

The Council's draft Long-Term Plan projects debt to be at NZ$5.75 billion in the 2016/17 year. However, should Auckland Council borrow the entire amount for the City Rail Loop, debt in 2016/17 is projected to be NZ$5.94 billion.

Keenly promoted by Mayor Len Brown, the Labour and Green parties pledged NZ$1.2 billion and NZ$1.4 billion of taxpayers' money, respectively, towards the proposed NZ$2.4 billion City Rail Loop prior to the November 26 election  In contrast Transport Minister Steven Joyce says the National Party will commit to further investment in Auckland transport only  where projects have sound businesses cases that clearly show they will reduce congestion and encourage economic growth.

Of the City Rail Loop, Joyce says Treasury analysis suggests for every NZ$1 spent building it, you would get only 30 or 40 cents back in economic benefits.

In March Auckland Council treasurer Mark Butcher told interest.co.nz the council wanted the option to be able to raise loans overseas because the New Zealand debt markets are small and limited in terms of their ability to lend money to borrowers for terms beyond seven years.

For the Auckland Council it would be "prudent" to borrow longer term to better match its assets, many of which are infrastructure.

"What we do know is that by having the ability to go offshore we will get longer dated funding and also potentially a lower cost of funds too," Butcher said then.

"We do calculate what the interest savings are going to be to the Council. We've estimated it to be about 40 basis points of savings per annum, which equates to about NZ$10 million when you look at the long-term plan out to about 2018-19." (Or NZ$14.4 million per annum beyond the plan's horizon based on modelling done for the council by Cameron Partners and Asia Pacific Risk Management).

The Auckland Council is expected to be the second biggest borrower in the domestic capital markets after the Government.

Noel McNamara, HSBC New Zealand's chief executive said the Auckland Council offshore borrowing programme highlights the advantages that borrowing in a currency other than New Zealand dollars can provide and ensures the Council has the widest range of investors open to it to meet its funding needs.

Why on earth doesn't the Reserve Bank lend Auckland the money so that it doesn't have to go off shore to borrow. Christine Lagarde is right. If women had been in the majority of all the financial decisions instead of the men this mess would not have happened or have been allowed to continue.

This is insane, but just mirrors the culture of the time - borrow more until societies financially break and go to hell.

Megalomaniac, consumption and greed has taken over – attributes such as modesty, happiness, sustainability and simplicity – gone!

Patricia:  Very true!  I think therefore we should put Auntie Helen back in charge.  After all, during the nine years she was PM, she presided over our net national debt going .....

Sorry, forget that line of thought.  Seemed a good idea at the time

The Reserve Bank has increased capital adequacy rules at banks, partly to encourage more local equity and ownership in relation to the astronomical debt we addictively accumulate.  KiwiSaver is setting out to do the same thing.

To avoid going cold turkey, lets find ever-newer way to satiate our bottomless appetite as a country for overseas debt.

"The overseas borrowing programme is being arranged by HSBC, with ANZ, ASB, BNZ, Citibank, HSBC, Goldman Sachs, UBS and Westpac all involved as dealers"...and taking a slice of the cake.... the ratepayers in Auckland must be ever so happy....now for the splurge, the back slapping and the payoffs...the rorts scams and deals...it all fits under the heading infrastructural investment.....haha.

The important thing to know right now is Auckland Council  designated a 'negative pledge' institution. - just like the government - or does it have to post collateral against it's IOU issuance - much like covered bonds.

Whatever happened to Meredith Whitney's assertion that Municipal Bonds were gonna collapse in the USA , and destroy somewhere between $US 200 - 300 billion of investors money ?

...... it was 2 years ago when she began spouting this predicition . And she got alot of air-time with it , particularly on CNBC TV .

I'm scratching me fat gummy cranium , trying to recall a single city or state of the USA that has defaulted on it's bonds . Surely an " expert " such as Ms. Whitney couldn't have been 100 % wrong ....  GBH is keen to have an answer .

I posted an article inviting you to see how her prediction was turning out to be correct Gummy...you never spotted it...she was right.

Harrisburg PA was leading the charge in going broke first and the latest is - the courts won't let them!

Savings of 40 basis points, $10 to $14m in savings, I assume this is before brokerage, and hedging costs.

Have we ever had a bankrupt council in NZ?

Can we not learn to live within our means.

C'mon guys the council needs to borrow for very good cause, namely:

Len Brown needs a new official mayoral vehicle, he was looking at a Hybrid car - No not a Toyota but a Lexus LS600H ( a cool 200K+).  he can't be seen in a Holden while ministers of the Crown are all in their flash BMW 7 series!

Auckland Coucil also needs to pay hundred independent contractors they have around at $100/hr.

And then the SAP systems that they so far spent 65 millions on the initial implementation and it's still going.

$100.00 per hour, where do you get those, I think the council will want to hire persons who will impart a feeling of prestige and entitlement, nothing less than $200 for these yes men.

I wonder if a hybrid Lexus would tow a concrete mixer okay?

Len and concrete..  one is hard material, easy to work with, very useful, structurally strong.  The other is a local politician and a wannabe (failed) x-factor contestant!

This is insane.  Auckland council allowed to borrow up to NZ$3.2 BILLION from overseas money markets?  WTF?

Mr John Key, now that you are back in power again and don't have to worry too much about campaigning again for a few years, can you PLEASE do some more to cut government borrowing, ok?  At least tell us when it's going to stop and when we're going to reap the rewards?

The young people of NZ are getting p*ssed off with it.  Fiscal prudency is trendy now, so get with the programme and do something about it.