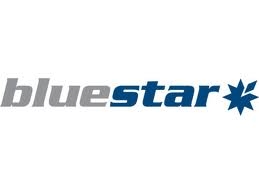 The price of Blue Star's NZX listed bonds is currently NZ$1.40 per NZ$100 face value, meaning they're yielding about 468%. Any sale is likely to confirm bondholders' investment as wiped out.

The AFR report comes after the same newspaper reported late last month representatives of Blue Star and Champ were in "serious talks" with the commercial printing firm's banks - including BNZ, ASB's parent Commonwealth Bank of Australia and Bank of Scotland - with administration among the options under consideration.

Following that June report Blue Star said its board had been conducting a review of the group’s operations, focussing on a potential sale of all, or parts, of the business. The Group had entered into an agreement with its senior lenders to maintain their support during this process and an unsolicited, conditional proposal had been received to acquire all of the business. Citing confidentiality reasons, Blue Star said it couldn't reveal the terms of this offer, but acknowledged the offer reflected "the well-publicised difficult trading and economic conditions affecting the print industry."

Today the AFR says Blue Star is making about A$38 million earnings before interest, tax, depreciation and amortisation and is likely to be sold on an unlevered basis for between A$100 million and A$150 million, depending on the capital structure, within three to four weeks.

Last August Blue Star's 2,675 bondholders approved a controversial refinancing deal that saw them lose NZ$32.3 million in unpaid interest, and convert two-thirds of their NZ$105 million in NZ$1 bonds, or bonds with a NZ$67.5 million principal value,  into "amended capital bonds" at 64 cents. These aren't scheduled to start paying interest, at 9.1%, until July 2013. The bondholders' trustee is Perpetual.

The original subordinated capital bonds were issued on December 21, 2005. They initially paid 9.1%. Interest has been suspended since September 15, 2009, with the interest rate accruing at 13.1% as of June 30 last year.

Sturgess was Blue Star's controlling shareholder and managing director prior to the December 2006 purchase of the Auckland-based company by Champ through a deal that placed an enterprise value (including debt and equity) of NZ$385 million on Blue Star. Goldman Sachs also advised on the 2006 sale.

NZX Market Supervision advises that, at the request of the company, it has placed a trading halt on Blue Star Group Holdings Limited Capital Bonds (BLUFC), pending the release of an announcement to be made by BLU.

Blue Star has released a new statement to the NZX. Here's the guts of it:

Blue Star is currently in the process of preparing its financial statements for the year ended 30 June 2012. While the underlying divisions all continue to trade profitably at an EBIT level, and the Board believes the Company has performed well relative to the wider print market, the Group financial performance remains well below the forecast profitability signalled in the Capital Bond Amendment document.

In light of the sale process, the Board is unsure whether any value will attach to the Group’s NZDX listed bonds (code BLUFC).

And the full statement - https://www.nzx.com/companies/BLU/announcements/225284