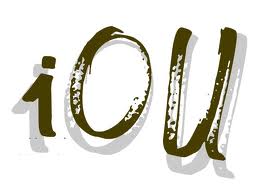 The Debt Management Office says it will honour NZ$26 million worth of bids for the government's 2023 bonds which were accidentally excluded from yesterday's auction.

The extra bonds were issued at yields at or below the maximum successful yield of the tender, the DMO said.

"As a result of an operational issue, some bids in today’s tender for the 15 April 2023 bond were excluded in error. These bids were submitted in accordance with NZDMO’s Operating Rules and Guidelines," DMO Treasurer Brendan Doyle and Acting Head of Portfolio Management Andrew Hagan said.

"Because the bids were submitted in accordance with the Operating Rules and Guidelines, NZDMO will honour those that would have been successful based on the tender result as announced," they said.

"As a result, an additional NZ$26 million of bonds have been issued on a private placement basis. The bonds were issued at yields at or below the maximum successful yield of the tender."

Should citizens wish for more of their state servants?

Or is it a case of NZ slipping into banana republic status? Previously upheld protocols have diminished in importance or have been relegated in the service of self service?

This is a case of an order error and should have been dealt with as such.

The NZDMO should have purchased existing stock in the market place to correct the error. End of story. The staff member responsible for the error formally warned etc.

Now we have a so far unrecorded amount of stock floating in the market place.

In a most unusal state of affairs NZX confirmed yesterday's tender result's today as originally posted by the NZDMO yesterday. No sign of the amendement to issuance mentioned above.

Historically, NZX confirms completion of a NZDMO tender on the tender date - not the next day.

Where do you suggest? - Up to now NZX is ignoring the private placement in terms of  index calculations. Outside the NZDMO press announcement this trade remains ficticious.

This mechanism opens the floodgates for corrupt private issuance, to those worthy in the minds of Treasury, monetised  with taxpayer dollars, without the need for independent  public record. I thought NZX would have updated their bond index mail service to reflect the new outstanding amounts by now - but nothing yet.

Thank you NZX for restoring my confidence in the veracity of your counterbalancing public reporting scheme for outstanding government debt.