Bonds
Some US$18 bln of debt held by Graeme Hart's packaging group Reynolds Group downgraded to B3, lowest of Moody's 'highly speculative' ratings 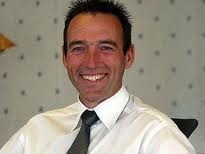 The downgrade to B3, with a stable outlook, from B2 is the equivalent of a Standard & Poor's or Fitch Ratings B- rating. It's regarded as "highly speculative" and drops the Auckland-based Reynolds' to Moody's lowest rating above those starting with a C,  its "substantial risks" and "extremely speculative" ratings. Below those are only ratings issued to companies in default.

The rating affects about US$18 billion (about NZ$22.5 billion) of debt, comprised of outstanding principal borrowings and overdrafts. Reynolds' latest financial statements show the businesses equity deficit narrowed to US$131 million at June 30 from US$177 million at December 31 last year, with total assets of US$22.3 billion versus total liabilities of US$22.5 billion. The accounts say Reynolds met all its financial covenants.

Meanwhile, Moody's says the downgrade of its rating reflects pro-forma credit metrics that are below forecast levels and an expectation future improvement may proceed more slowly than originally projected.

"Pro-forma debt to ebitda (earnings before interest, tax, depreciation and amortisation) is above 6.5 times and debt to revenue above 120% while free cash flow remains minimal relative to debt. Reynolds Group  has been negatively impacted by the soft economy, production inefficiencies at Graham Packaging and competition, and one or more of these factors is expected to continue to drag on operating performance over the intermediate term," says Moody's.

As outlined in the (Moody's) press release dated August 1, 2011, Reynolds' credit metrics were stressed from a series of debt financed acquisitions and had little room for any negative variance in operating performance."

The media shy Hart, who Forbes has estimated is worth US$5.7 billion, started assembling his packaging empire after completing his NZ$3.3 billion Carter Holt Harvey acquisition and delisting that company from the New Zealand stock exchange in 2006. Reynolds' largely US and European based businesses now include SIG, Reynolds Consumer Packaging, Evergreen, Closures, Pactiv and Graham Packaging.

SIG is a maker of aseptic beverage carton packaging (long life cartons) that allows the likes of juice, milk, soups and sauces to be stored for extended periods without refrigeration, Reynolds Consumer Products is the dominant US maker of foil, wraps and bags used for food storage and preparation, and Closures is the leading global provider of plastic bottle caps used for soft drinks and bottled water. Pactiv's products include Hefty garbage bags.

"Additionally, the company has a complex capital and organisational structure and is owned by a single individual. Reynolds is still integrating a large acquisition (Graham Packaging in September 2011) and remains acquisitive. The company has only been operating as a combined entity since 2007 and approximately 20% of pro-forma revenues are from Graham."

However, Moody's said strengths in Reynolds' profile include its strong brands and market positions in certain segments, scale and high percentage of blue-chip customers.

"Many of Reynolds' businesses had a history of strong execution and innovation prior to their acquisition and much of the existing management teams were retained. Scale, as measured by revenue, is significant for the industry and helps Reynolds lower its raw material costs. The company also has high exposure to food and beverage packaging," Moody's adds.

The credit rating agency says Reynolds currently has "adequate" liquidity with about US$1.2 billion of cash on hand.

The stable rating outlook reflects an expectation credit metrics will improve modestly, but remain within the rating category. But Moody's says the rating could be downgraded if there was a deterioration in credit
metrics, liquidity or the competitive and operating environment, or if Reynolds makes any significant acquisition.

"Specifically, the ratings could be downgraded if debt to ebitda increases to above 7.0 times, ebit (earnings before interest and tax) to interest expense declined below 1.0 time, and free cash flow to debt remained below 1.0%."

In contrast the rating could be upgraded if Reynolds "sustainably" improves its credit metrics within the context of a stable operating and competitive environment, whilst also maintaining adequate liquidity including "ample" cushion under financial covenants.

"Specifically, Reynolds would need to improve debt to ebitda to below 6.3 times, ebit to interest expense to at least 1.4 times and free cash flow to debt to above 3.5% while maintaining the ebit margin in the high single digits," Moody's says.

1.4x Interest Coverage is truely eye watering. Either this business grows exponentially, hocks of some non-core assets or the equity is not worth a dam. Stikes at Carter Holt Harvey Aussie can't help.

What else does Grazer still own any of the Gov't Print, Burns Phillip assets left? He's been trying to dump Placemaker since day one...

Lest he's got that monster Ulysess.