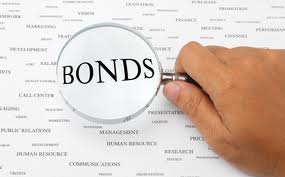 The covered bond, secured by residential mortgages, will pay investors a coupon of 1.375%, with the issue priced at 43 basis points over the euro mid swap rate. The ultimate cost to the bank does, however, also include the cost of converting the euros into the New Zealand dollar, which is said to add about 100 basis points. The covered bond is due to mature on October 5, 2017.

Domestically, ANZ has raised NZ$400 million through a bond issue, mostly sold to institutional investors, that'll pay 4.89%. These bonds were priced at a margin of 175 basis points over the five-year swap rate. As reported by interest.co.nz last week, these bonds will be issued on September 18 and mature on September 18, 2017.

ANZ was looking to raise at least NZ$200 million through the domestic issue, with the offer open to unlimited oversubscriptions. Investors had to stump up a minimum of NZ$10,000 and multiples of NZ$1,000 thereafter for the NZ$1 bonds.

can anyone tell me why they had to borrow this money.
the only reason i can see is to borrow at next to nothing interest and loan it out for plenty.

I understand the debate, noted elsewhere today, on the chicken and egg of supply of or demand for debt, and which comes first. I personally favour the idea that supply comes first, and then bank marketing and consumer peer pressure encourages the demand. Even if the truth is somewhere in the middle, it seems a sad day when we lift the current account deficit by €750 million, or roughly $1.2 billion, all in order to make the ANZ an extra margin of 2%; and at the cost of another few thousand manufacturing or tourism jobs through the inflated exchange rate the transaction helps cause.
I don't actually blame the ANZ; they are conducting business in their own best interests and under the rules as the government, and Reserve Bank, outline.
Much better, in my opinion, if the economy needs the money to function at its sustainable optimum, that the money is provided within New Zealand; if there is not enough supply, then print it. The RB would even make the 2-3% interest on the money; and the exchange rate would gravitate towards fair value.

Why do people invest money at such low rates? The increased risk on a TD is  negligable.

The ANZ are simply refinancing maturing debt, debt incurred by NZers such as ourselves who borrow more than we save - its a reflection of NZers living beyond our means  - all the ANZ's fault for not nannying us better - God help us

I totally agree Grant A - there is also the on-going need to fund the never ending current A/C deficit - the banks are just our agents in this regard - fulfilling a financial necessity in this case.

Grant,
The article does not state that these bonds are to repay maturing bonds; and so I suspect they may be as much to be issuing new debt. The debate does come down to whether supply of debt comes first and is aggressively marketed, as I believe; or demand for it comes first, and the banks are merely passively meeting it, as you possibly believe.
Regardless, the NZD appreciated against the AUD by about 1% on the day this was announced, and I do not believe that was a coincidence- other appreciations against other currencies were no doubt partly caused by QE3. So there is immediate further damage to exporters.
Whether maturing or new debt- the $300 million a week of current account deficit in other words- the option remains for the Reserve Bank to have supplied the funds, having printed them, as most other countries are doing, and so have not perpetuated the cycle of further overseas debt, causes exchange rate to climb, causes imports to grow, and exports to collapse, causes need for further debt.

Righty-ho then, so from what you are saying then is that Bank's don't need to borrow money?
They are a business like any other who's goal is to grow and provide a good return to their shareholders.  Funding of this manner I would suggest is not speculative, why would they want to dabble in huge amounts of exchange rate risk?
In seeing the QV stats and the level of increasing house prices, particularly fueled by demand outweighing supply in Auckland it is not surprising that their "coffers" need to be filled to cover this and as one mentioned to replace in part other bond issues that will have been maturing.
And I know that people get ancy about profits going offshore, the housing bubble, blah blah and there being doom and gloom on the horizon.  Banks like a number of other Aussie owned corporates in New Zealand employ Kiwis, pay taxes and invest in the local economy so big deal...  And before someone gets all puffy about money going offshore and it shouldn't be allowed well I wonder your reaction if they all closed up shop and went leaving 20+ thousand Kiwis out of jobs.

etekup,
Am not sure if you were replying to me; but if so, my main challenge is to the Reserve Bank; and not really about the Bank profits. (On the principle of if you can't beat them join them, I own shares in the big four the Aussie banks). My argument is that their sourcing of funds from overseas (Europe in this case) merely perpetuates the cycle of too high an exchange rate, leading to a need for further funds from overseas.
Given that even John Key admits that the currency is too high (although he strangely says there is nothing he can do about it), the Reserve Bank should follow virtually every other central bank, and provide the necessary funds to the commercial banks, who then can add their reasonable margins in loaning the funds out. No upward pressure on the exchange rate, and the vicious cycle gets broken. As well, we are not unnecessarily profiting at our cost, unknown European banks and currency exchange hedge funds, who do not in fact employ people here.

My comments were in general response to all the comments above, not just yours so don't feel I was picking on you!  :)   I read the articles on here reasonably regularly and it is always interesting to see how a number of writers target the banks, including central government when some of them seem rather irrational in the real world.
Reality is the world needs money to make it go around.  We all need a roof over our heads and food on the table and to do that money is needed.  As the population grows demand increases and inevitably prices go up, that is simple supply v demand curves that we did in Form 2 Economics, err I mean Year whatever...
The reality for little old NZ is that we are too small both in terms of money, jobs, etc when compared against other countries and I aren't just picking on one country here.  This is part of that grass is greener saying but what we do well, we do bloody well on the world stage.  It ain't a perfect science!
But as far as you saying that the Reserve Bank should be funding the banks.... so where is the RBNZ going to get that money from?  China, Germany, etc, etc 'cause the money required doesn't live in this country otherwise the banks wouldn't be getting funding offshore now.

I guess because "the world needs money to make it go around"... Is the reason Bernanke is creating another 40 Billion per month out of thin air...

Then it will be 40 Billion per week

Then 40 Billion per day

Got to keep that world spinning

Probably a little bit of an exageration but I get what you mean.  Although if the world doesn't spin then we are stuffed so which is the better of the two?

Probably a little bit of an exageration but I get what you mean.  Although if the world doesn't spin then we are stuffed so which is the better of the two?

etekup,
Gibber has implied the solution I would advocate for the Reserve Bank to find the funds- we also can create it out of thin air. In this case $1.2 billion would have been trivial compared to the US efforts; it would not have been inflationary by increasing the money supply, in that it would merely be replacing the funds coming from Europe. It would likely have kept the exchange rate about where it was prior to this move, and not a whole 1 Australian cent higher.

I guess it is an option like others.  If it were that simple then I am sure the Welly boys and gals would have considered doing that instead by now.  Nothing is for free, there is always a cost, monetary or otherwise.
Right back to my photocopier to see if I can get the ink colours right for my next run of $200 bills....

You have a little more faith in our Capital friends than I do. Sseems to me they are stuck in a paradigm that inertia, political short termism, and bureaucracy create too many barriers to get out of.
As an aside, although I actually believe Bernanke is doing the right thing for the US, I understand there are valid counter arguments that he is not.
My main argument for us is, that if the ROTW is printing vast amounts of extra money as they are, which causes both our currency to have appreciated massively, and for a reasonable amount of this extra money to have found its way here distorting our asset and debt positions; are we best to take a purist view of monetary policy, or are we better to say: "If you can't beat them, join them"  and respond in the most optimum way for us given the circumstances? My clear preference is the latter, targetting not just inflation, but the exchange rate, employment, GDP and so on.

There seems to be an argument for nationalising large banks.
http://www.nytimes.com/2012/07/23/opinion/banks-that-are-too-big-to-regulate-should-be-nationalized.html
intuitively speaking they create money out of nothing (which is supposed to mirror future economic growth/potential) and they are creaming it through recession suggesting they have a role outside the loop.

Even Don Brash seems to have reached a similar conclusion -
“I was very keen not to acknowledge, even to myself, that any institution was too big to fail, but try as I might I could not escape the conclusion that the closure of any one of the four would have unthinkably grave consequences for the New Zealand economy as a whole, and would not, indeed should not, be tolerated by any New Zealand government” and goes on to say “I have some sympathy with the view of Nassim Taleb, the author of Black Swan, who early in 2009 wrote ‘Nothing should ever become too big to fail…Whatever may need to be bailed out should be nationalised; whatever does not need a bailout should be free, small and risk bearing.’”

As one of the architects of the original deregulation, this is a big admission.