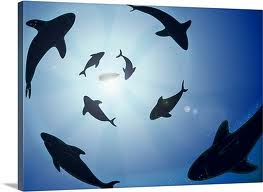 Five years since the world started hearing about problems in the US subprime mortgage market and four years after the collapse of Lehman Brothers brought the global financial system to its knees, the International Monetary Fund (IMF) says the structure of the system isn't any healthier and a lack of deep restructuring may be the reason behind this.

In An Interim Report on Progress Toward a Safer Financial System the IMF says there's still a lot of work to be done by regulators, supervisors, and the private sector to put the financial system on a firmer footing.

"Overall, banking systems are generally more concentrated and as reliant on wholesale funding today as they were before the crisis," the IMF says. "Although some countries, notably the United States, have reduced their dependence on short-term funding, the bulk of the evidence suggests that the structure of the system has not changed in healthier directions and could reflect the lack of deep restructuring that should have occurred. A number of financial structure indicators reviewed in this section suggest that financial systems are not safer than before the crisis."

The IMF says financial systems in developed country economies have become more concentrated and, given their reliance on wholesale funding, remain highly linked domestically.  Furthermore complex new products are being developed that could pose problems.

"Although the use of some new, complex products, such as resecuritization, has waned, others are being developed and deserve careful attention. For instance, there is some anecdotal evidence that a number of banks have been securitizing derivative counterparty risk to offset the new Basel III credit value adjustment capital charge," the IMF says.

And on the new Basel III global capital adequacy rules more broadly, which are being phased in until 2019, the IMF says financial institutions are being creative in how they look to offset the higher expenses imposed by the Basel rules.

"These developments need to be monitored because a high degree of complexity in financial products can hinder the ability of potential investors to calculate an accurately risk-adjusted price for them."

Meanwhile, the "lingering presence" of intervention measures could stall regulatory progress if not accompanied by strong pressure from supervisors on banks to make the needed changes.

"The officially inspired mergers, the nationalization of banks, and the extension of government underwritten guarantees that have been part of crisis management strategies all further instill the notion that some banks are too important to fail, potentially undermining the credibility of bail-ins," the IMF says. "These interventions could result in more concentration, rather than less. Such interventions also obscure market discipline and often detract from transparency."

Globalisation a 'channel for the transmission of shocks'

"In good times, strong global links can aid intermediation by ensuring that investors can find funds even when local savers are absent. However, economies with more financial interconnections - domestically and abroad - run the risk of becoming the recipient of a shock from another economy during a crisis."

"The resilience of some systems can also be attributed to good operational profiles of banks, for instance relying on stable host-country deposits rather than on cross-border funding sources."

In the absence of good cross-border resolution frameworks, the IMF says, the risk of spillovers stemming from globalisation remains very real.

"Overall, risks in the financial system remain. Of particular concern are the larger size of financial institutions, the greater concentration and domestic interconnectedness of financial systems, and the continued importance of nonbanks in overall intermediation. The potential future use of structured and some new derivative products could add to complexity and a mispricing of risk," says the IMF.

The too big to fail problem

Although authorities have made progress, including through Basel III, several issues still require the attention of policymakers, the IMF adds. These include the too important, or too big, to fail issue with the IMF suggesting a global level discussion on the pros and cons of direct business activity restrictions.

"This discussion should address the question of whether imposing higher costs can be expected to lower systemic risks. If not, the questions become 'will restraints on activities be more effective? And what might their cross border implications be'?"

Also under the too big to fail umbrella, the IMF maintains recovery and resolution planning for large institutions, along the lines of the Reserve Bank of New Zealand's Open Bank Resolution Policy, is needed.

A total of 29 banks have been named as global systemically important financial institutions, or too big to fail, by the international bank regulatory body the Basel, Switzerland based Financial Stability Board. The 29 include five that are registered as banks in New Zealand, - HSBC, Deutsche Bank,  Citigroup, JP Morgan Chase & Co, and the Bank of Tokyo Mitsubishi UFJ.

In addition, the IMF says further issues that still need addressing include financial globalisation - with burden sharing and legal commitments areas for further clarity - shadow banking  with a common set of prudential standards for non-banks such as finance companies suggested. Complexity and transparency also needs addressing, with ways needed to encourage products that can be priced more accurately to reflect risks and more information to reveal interconnections and the buildup and spillover or risk called for.

Another area where work is need is over the counter derivatives, the IMF adds, amid concerns contracts to central counterparties will become too important to fail, and that location requirements enforced in various jurisdictions might create too many of them.

"Though they are not part of the regulatory reforms effort, two conditions are essential if the reforms are to brong about a safer financial system," the IMF concludes. "1) Strong supervision in implementing the reforms and 2) A private sector with the incentives to follow them. Without these elements, the reforms will wither and die."

Post the GFC we've been re-arranging deck chairs on the Titanic!

"Overall, banking systems are generally more concentrated and as reliant on wholesale funding today as they were before the crisis," the IMF says. "Although some countries, notably the United States, have reduced their dependence on short-term funding, the bulk of the evidence suggests that the structure of the system has not changed in healthier directions and could reflect the lack of deep restructuring that should have occurred. A number of financial structure indicators reviewed in this section suggest that financial systems are not safer than before the crisis."

Overall the short end is around 41% of the 250b
Lots of money parked by the exits.
Wonder what would happen if someone yelled fire?

Incompetence got the world into this mess and the same incompetents are still there runing the show - did they really expect change.

The regulators and the supervisors in most countries should be held accountable and also sacked ! The IMF has been making recommendations to individual countries during this whole fisaco (and pre this fiasco) but have they ever even admitted the mistakes in advice they have made?

Why the hell hasn't their been a Royal inquiry into all this BS?  And maybe a Royal inquiry would show which Australian banks got bailed out by the Federal Reserve and why both the Australian and NZ Govts kept making statements that our banking sectors were in good shape - Yeah Right !!!  The banks can only operate under the rules the regulators and supervisors put in place - and I want to know the full role that all Central Banks have played in this fiasco.

People and business can only do what the regulators and supervisors allow and that is getting more limited by the day.  I am fed up with the IMF and all these Politicians and their individual agendas running the show, they are all just a pack of perverted psychopaths who leave a path of destruction worse than anything mother nature can deliver.
And anyone thinking this is a rant - just think about how many people die because of poverty worldwide because of incompetent and dishonest political agendas. Do the regulators or supervisors give a toss about that. No they just keep on taxing everyone to fund poorly delivered services and then private enterprise has to pick up the pieces in the community to help those who slip between the cracks.

Could Reserve Bank Interest fixing be worse than any Libor scandel ?????

Something of a conflict of interest there , which led to subprime uber-junk being rated AAA , didn't it !