As analyst frustration mounts at bank 'cash profit' reporting, the RBNZ points to FMA guidelines as a key factor for NZ banks to heed

As analyst frustration mounts at bank 'cash profit' reporting, the RBNZ points to FMA guidelines as a key factor for NZ banks to heed 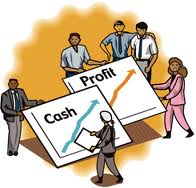 As frustration mounts among some Australian-based banking analysts at the way the big four Australian banks report their profits, the Reserve Bank of New Zealand is pointing to Financial Markets Authority (FMA) guidelines as something the New Zealand subsidiaries of the big Aussie banks ought to take into consideration when reporting their financial results.

The Citi analysts went as far as saying cash profit is neither reliably measurable, nor auditable. And the UBS analysts looked at so-called "below the line" losses taken by the big four banks, which are excluded from cash profit, dating back to 1997, concluding these totaled A$15.2 billion (just under NZ$19 billion) after tax, equivalent to about 7.5% of cash earnings.

Just last week JP Morgan analysts pointed out the NZ$100 million the phasing out of the National Bank brand will cost ANZ in New Zealand over two years will be taken below the line, meaning these costs won't hit ANZ group cash profit, but any future benefits will bolster it.

Interest.co.nz asked both the Australian Prudential Regulation Authority (APRA) and the Reserve Bank of New Zealand (RBNZ) for their views on how the banks report "cash", or "underlying", profit. An APRA spokesman simply said: "APRA has no comment to make."

However, an RBNZ spokeswoman was more forthcoming. She noted that in New Zealand registered bank General Disclosure Statements, which are required under the Reserve Bank's regulatory regime, use International Financial Reporting Standards (IFRS) based financial statements as a base.

"This provides limited scope for use of non-standardised financial terminology (such as cash profit/earnings)," she said. "While the Reserve Bank keeps a watching brief on wider financial reporting by banks outside of this regime, reporting definitions are a matter for the FMA in this broader context."

The RBNZ spokeswoman added that the FMA had recently issued guidelines on non-standardised terminology.

"One of the most common forms of non-GAAP financial information, and dealt with in this guide, is non-GAAP profit information. This is often referred to as ‘alternative performance measures’, such as ‘underlying profit’ or ‘normalised profit’," the FMA says.

It goes on to say that common terms used to identify non-GAAP profit information, among others, include both "underlying earnings" and "cash earnings."

"Currently GAAP for all issuers in New Zealand is NZ IFRS which is based on International Financial Reporting Standards (IFRS). FMA views its broad and consistent application as helping to promote confidence internationally in New Zealand’s capital markets. FMA will continue to monitor and review issuer financial statements for compliance with GAAP and the Financial Reporting Act."

It also notes other potentially misleading disclosure includes describing items such as impairment losses and restructuring costs as "non-recurring" or "unusual" when they are generally of a recurring nature in many businesses and can usually occur over a life of a business, although don't arise every year.