Heartland NZ says it now expects to know by Xmas, not during November, whether it's application for bank registration has succeeded

Bonds
Heartland NZ says it now expects to know by Xmas, not during November, whether it's application for bank registration has succeeded 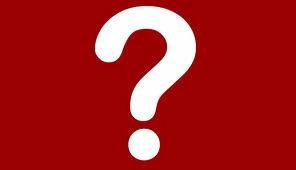 Heartland New Zealand, the building society formed through the January 2011 merger of Marac Finance, CBS Canterbury and the Southern Cross Building Society, says a decision from the Reserve Bank on whether to grant its coveted banking registration is proceeding slower than expected, but it knows of no obstacles to a successful outcome.

The sharemarket listed Heartland issued a statement late on Monday saying the outcome of its application for bank registration wouldn't now be known by its annual general meeting this Friday as Heartland had previously suggested. Instead, Heartland said it now expects a decision from the Reserve Bank before Christmas.

"The application to the Reserve Bank of New Zealand is complete, and the formal determination process is well advanced with the Reserve Bank," Heartland's statement said. "Heartland is not aware of any open issues in respect of the application, and knows of no obstacles to a successful outcome."

Back in August Heartland said its formal bank application process with the Reserve Bank was underway and it expected a decision sometime in November this year. This followed Heartland CEO Jeff Greenslade telling interest.co.nz in a Double Shot interview in late 2010 that Heartland would only formally apply for bank registration when it was confident its application would succeed.

Then in September Heartland announced it was shifting its annual general meeting from November 2 to November 30 to "give shareholders greater comfort that the outcome on bank registration can be meaningfully addressed at the meeting." Heartland is scheduled to hold the meeting in Ashburton this Friday, November 30 at 3pm.

A positive answer from the Reserve Bank would mean it has effectively taken Heartland roughly two years from its formation to become a bank. The independent report on the merits of the ultimately successful merger to create Heartland - by Cameron Partners and Northington Partners - suggested it could take up to two years to obtain banking registration, although there was a risk it could take even longer. The two firms did, however, suggest it was likely bank registration would ultimately be granted.

The Heartland plans were announced in June 2010 with the entity created in January 2011 through the merger of Marac Finance, which was spun out of Pyne Gould Corporation, with CBS Canterbury and the Southern Cross Building Society. Since then Heartland has added the good loans of specialist rural lender PGG Wrightson Finance.

The Heartland merger plans envisaged a sharemarket listed "Heartland Bank" that would aim to double its NZ$2.2 billion asset base within five years through growing lending to families, small business and the rural sector, through lending the latter working and seasonal capital.

Of course this will proceed, Heartland becoming a Bank has been carefully choreographed since this Walpolean government put it's man (RB"Observer") in SCF's HQ  in 2009.

The thresholds to become a registered bank in this country need to be very high, Heartland has a small balance sheet and vulnerable market position.....it just doesn't feel right that they should be allowed to become a bank yet. I think they should have to prove themselves over the next 2 to 3 years. The word bank implies consumer safety and I'm just not convinced that this is a sound business yet.

Special Dividend
The directors of Heartland have resolved to pay a special dividend of 1.5 cents per share on 21 December 2012 to shareholders on the company’s register as at 5.00pm on 14 December 2012. This dividend will be fully imputed.

Dividend Policy
The directors of Heartland have adopted a dividend policy. The policy is as follows:
Heartland will determine dividends (both interim and final) based on its net profit after tax, subject to maintaining a prudent level of capital for its needs. Heartland’s capital needs will vary from time to time, depending on a range of factors (including regulatory and credit rating requirements, general economic conditions, current and expected growth and the mix of business). A key objective is to ensure an appropriate balance between maximising shareholder returns, and protecting the interests of depositors through prudent capital management.

Gareth, it worries me that this is just an NZ version of bear stearns or Lehman bros, somewhere for the other banks to dump their crap loans and then when it collapses the tapayers get to bail it out. I have some aquaintances that have moved to Heartland, Last resort after BNZ pushed them out of the fold, Ive heard of others too.

andrew what do you mean by sayiny that some aquaintances have moved to heartland and then say that they were a last resort after BNZ pushed them out.