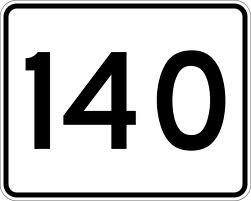 The New Zealand banking system has a significantly higher loan-to-deposit ratio than any other country in the Asia-Pacific, credit rating agency Moody's Investors Service says.

A chart in Moody's Asia Pacific Banking Outlook 2013 report shows the loan-to-deposit ratio for New Zealand above 140%, well ahead of second placed Australia's, which is just above 120%. Of the 14 countries surveyed Hong Kong comes lowest at about 70%. (See chart below).

A loan-to-deposit ratio can be used to assess a bank's liquidity by dividing its total loans by its total deposits. As Investopedia puts it: "If the ratio is too high, it means that banks might not have enough liquidity to cover any unforeseen fund requirements; if the ratio is too low, banks may not be earning as much as they could be."

The credit rating agency says the overall stable credit outlook for banks in the Asia-Pacific is matched by stable outlooks on 11 of the 14 banking systems, with just India and Vietnam having negative outlooks, and the Philippines a positive outlook.

Moody's says, however, that if any renewed concerns about the future of the euro area lead to another round of global financial instability banks that depend more on international wholesale funding - notably those in South Korea, Australia and New Zealand - would be the most at risk.

"For Asian banks, more concerning than ongoing economic weakness in the euro area would be the US slipping back into recession, perhaps as a result of a political failure to deal with the country’s near-term fiscal challenges. The US is a large export market for Asia and a US recession would choke off the economic recovery we see as our base case in the region."

"The primary homegrown challenge would be the occurrence of a hard landing in the region, particularly in China. At the same time, the risk of a China hard landing continues to fade as seen in recent economic data and the recovery in the Mainland’s property market."

The outlook in Australia and New Zealand remains stable with these economies continuing to exhibit good growth prospects in the near-term, driven by ongoing resource-sector investments in Australia and earthquake reconstruction in New Zealand, says Moody's.

"In both cases, while liquidity is structurally weak, when compared to Asian systems, we expect the improvements made since the Global Financial Crisis to remain. Both countries also have relatively conservative regulators who will wish to maintain additional buffers above global norms. However, the resources boom will likely peak in Australia between the end of 2013 and 2014 so pressures in the operating environment may start to build."

Here's the encyclical as presented to the House of Commons

Loan-deposit ratio above 100% is like (untreated) AIDS. As it progresses it weakens the immune system of economy that safeguards against adverse events: natural disasters, wars, etc or sometimes unpredictable mood swings of market players. The current crisis was triggered by the collapse of subprime mortgage market (effectively overvaluation of assets). This time the system, for years having had been weakened by loan-deposit ratio above 100%, also collapsed altogether. It was a giant pyramid and it was bound to crumble anyway (for whatever direct cause). It was like a human suffering from AIDS whose death was not caused by AIDS directly, but by pneumonia, flu, infection, etc. However it is AIDS that made the curable illnesses lethal.

Until recently the world enjoyed a sustained period of high growth and low inflation and the fact that it came to such an abrupt end does not come as a surprise. It was in the very nature of the pyramid scheme mechanism. The deposit creation process with a ratio above 100% guaranteed impressive-looking economic growth figures. At the same time there were no extra cash hitting Main Street, as there was no extra cash printed. In this context, the high growth of property prices is no surprise. In their huge majority and extent, these are, in practice, cashless interbank transactions. The world stayed oblivious in this economic miracle like customers of a pyramid scheme being happy with the figures on their statements until they wanted to withdraw money. But like with any pyramid scheme, the financial system ran out of cash, with the outcome of a lack of liquidity, not high inflation.

How long before the RBNZ suffers  the ignominy of printing our way out of trouble. The nonsense that John Key offered us today as consolation, is just that.

Let's drop this OBR rubbish as quickly as possible - the RBNZ should actively curtail the risky actions of local bank management rather than planning to let innocent depositors take a fall after the fact.

This sorta gearing also greatly magnifies the risks inherent in a fall in (or pause in rise of) values of collateral held...Houses prob'ly figure largely here.....and a lotta political energy is invested in Plunge Protection....