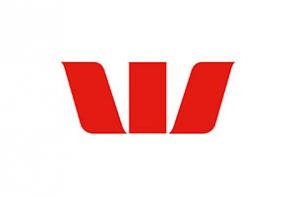 The bank, the parent of Westpac New Zealand, has announced an offer of $250 million of unsecured, subordinated, fixed rate notes, and given itself the ability to accept unlimited oversubscriptions.

The notes, which are expected to be quoted on the NZX debt market, have been assigned a BBB+ credit rating by Standard & Poor's, four notches below the bank's own AA- rating. See credit ratings explained here.

Westpac is proposing to issue the notes in a manner that will qualify for an exemption from Australian interest withholding tax, which may otherwise apply to the payment of interest to a noteholder who is not an Australian resident. The notes will be peddled by a smorgasbord of joint lead managers and co-managers. The minimum subscription is $5,000.

The notes will qualify as Tier 2 Capital for Westpac under APRA's Basel III capital adequacy framework. They are, however, a type of bank security similar to the controversial CoCo securities issued by banks in Europe. A series of New Zealand banks have also issued these securities including ANZ, ASB, BNZ and Kiwibank.

A warning in Westpac's Product Disclosure Statement points out: "These Notes carry similar risks to shares but do not have the same opportunity for growth as shares. If Westpac experiences financial difficulty, the Notes can be Converted into Westpac Shares (which may be worth less than your investment) or even Written Off completely. This means you could lose all of your investment."

And Westpac's press release says: "The Notes are complex financial products that are not suitable for many investors. If you do not fully understand how the Notes work or the risks associated with them, then you should not invest in them."

The return is very low for a high risk product espectially with a BBB+ rating. I've applied the sniff test and I give this product a C.

I have a real problem with these being issued to retail investors. At 4.95%, or even 5% depending on the rate set, these will be well sought after, and brokers will be pushing them. As a deposit holder I am all for strengthening banks balance sheets. It would be way better to keep some cash on the balance sheets by reducing dividends to Aussie shareholders. Passing balance sheet impairment risk to unsuspecting retail investors is just crap.

Lobby the RBNZ for a change in the rules.

It has complete disdain for the relevant risk return ratios that should govern the interest rates attached to unsecured bank liabilities, given all are prepositioned under OBR, including deposits as short as overnight.

Whilst there are differences between different classes of unsecured creditors, they all have the same legal claim on the bank. Each has freely invested in a private institution and has enjoyed a return on that investment whilst accepting the risks associated with the investment. Under the OBR, it is expected that all unsecured creditors would be treated equally with the same proportion of claims remaining frozen
for all depositors and creditors.
Read more

Another example of the flip side of the RBNZ's misguided trajectory of ever-lower interest rates - the forcing of savers into ever riskier products in order to obtain acceptable returns.

Either this sort of rubbish or high yielding equities. Not sure which is worse from a risk perspective

Here is a link to the Westpac roadshow presentation if you want more details around the offer and risks etc. Start from page 6 in the actual preso.

Nothing screams "good investment" like taking out debt to pay your day-to-day business expenses.

Why retail? Why Coco? Weren't the Big Guys interested in such a fine opportunity? Surely a giant antipodean bubble-lending business is the picture of long-term stability? Or did Big Guys assess the risk differently, with a much higher required margin?

Will APRA requirements force this cash back to Australia as well? I'm sure there are some general-business-purposely "management fees" that could be invoiced by Head Office to ensure that this happens.

When a subordinated bond offer gets almost entirely 'retailed' rather than sold to institutional investors, it is a pretty good bet to say that retail is offering the issuer a cheaper cost of funding (even after taking into account the additional expenses involved in a retail offer) than wholesale markets. So either retail investors know a good deal when they see one, or institutional investors don't. Hmmmm.... So how comfortable are these banks in selling these investments to retail investors knowing full well they are mis pricing the risk. Just shameful.

Probably need a margin akin to what is being offered in Aussie for their hybrids - at least 500 to 600 over benchmark. Mum and Dad's don't care about the risk they just want the return and yes it is shameful that this rubbish is pedalled in NZ.

There should be a big biohazard symbol on the PDS cover

Will APRA requirements force this cash back to Australia as well? I'm sure there are some general-business-purposely "management fees" that could be invoiced by Head Office to ensure that this happens.

Having read the disclosure statement, the plot thickens.

"While this Offer is being made in New Zealand only, it is
being made by Westpac Banking Corporation from its
head office in Sydney, Australia and NOT by Westpac
New Zealand Limited."

They won't need to take any of the cash up to Head Office - it will already be there. So, they are targeting NZ investors to invest in a Coco sitting within the Aussie business. Further, the disclosed purpose of the issue is "to raise regulatory capital which satisfies the requirements of APRA". Desperate measures.

They are warning explicitly that anyone who lacks understanding of the product should not invest (you don't know what you don't know) and that they can write off their liability to you should WBC get into financial difficulty.

So there we go. This one's pretty rancid.

They do not seem to be offering this fabulous opportunity to Aus based investors. Presumably so that the distressed cacophony is all the more distant and apolitical if/when they write this steaming Coco off.

Incidentally, these products were also sold to Italian punters by now insolvent Italian banks. It's made it awfully difficult for the Italian government to force a bail-in of creditors because of the political impact (cases of suicide and financial ruin for naive retail investors) - so it looks like the taxpayer there is on the hook again (if the EU lets them).

Looks like Shonkeys dream of nZ becoming the Ponzi of the South Pacific is coming true ..

Mr Westpac,
My company wants to borrow from you. at 10% on the same terms as you are offering me.
I am certain that Westpac would tell me to get stuffed, pork and potatoes for dinner.

The biggest issue for Ma and pa isn't the type of asset, they are investing in, or the returns relative to risk, but the lack of diversity many will have in their portfolios. I can see the pensioner loses everything headline.

The Italians are newcomers to this dark phenomenon. Greek pensioners have been committing suicide over financial losses for over 4 years now.

Soon it will be NZ's turn.

Soon it will be NZ's turn.

It's self evident in the US.

Long-term returns for U.S. public pensions are expected to drop to the lowest levels ever recorded, portending deeper pain for states and cities as a $1 trillion funding gap widens. Read more