We don't have securities named CoCos in NZ, but we do have bank securities on issue with the same features

Personal Finance
We don't have securities named CoCos in NZ, but we do have bank securities on issue with the same features 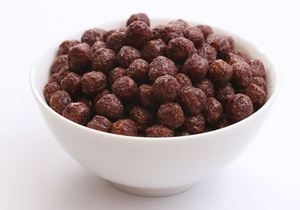 New Zealand banks haven't issued any securities named CoCos. But they have issued nearly $2 billion worth of securities with the same key features, that pay enticing interest rates in a low interest rate world, to compensate for the risk of loss-absorption and the risk interest payments could be stopped. (In terms of the estimated €95 billion of CoCos in Europe, there's a good wrap up of the concerns in Bernard Hickey's Top 10 here and more from the FT here).

The subordinated bonds, capital notes, debt securities, or convertible notes, issued by NZ banks, have previously featured in interest.co.nz stories, and enticed a warning from the Financial Markets Authority (FMA) last year, with the regulator suggesting they may not be suitable for many investors.

The FMA points out common features of these bank securities include; The bank may stop interest payments, or reduce the amount of interest they pay to investors, even if they’re still in business. The bank can convert the notes into shares in the bank, or its parent company, and the value of those shares at the time they are converted may be a lot less than the amount paid for the capital notes. Additionally the notes may be cancelled so investors lose some or all of their investment, even if the bank is still in business. And decisions on buy-backs are usually the bank’s call to make.

The FMA also made the point that these types of products are not like bank term deposits, noting investors shouldn't just base their investment decisions on "an advertised high interest rate and the fact that a household name is offering them."

"Bank capital notes are deliberately designed with features that give banks flexibility over payments. Although it can be difficult to predict when a bank might use these features, consumers should be aware that they can be used when it’s in the bank’s interests to do so," the FMA says.

In the UK the Financial Conduct Authority has banned the sale of CoCos to retail investors. The Australian Securities and Investments Commission warns about what are known as bank hybrid securities in Australia. ASIC's warning includes this: "If the bank experiences financial difficulty, bank hybrids can be converted into bank shares, which may be worth less than your initial investment, or even written off completely, meaning you could lose all of your capital."

And: "All new hybrids issued by banks and insurers are designed to be loss absorbing, which means you, not the bank, are at risk of suffering a loss."

No other New Zealand banks have issued this type of security to the public to date. However, TSB Bank deputy CEO Charles Duke told me last year a new TSB ownership structure was partly designed to enable it to issue hybrid capital instruments. Duke did say, however, there were no imminent plans to issue such securities and TSB hasn't done so to date.

Heartland Bank has disclosed plans for a debt securities issue of between $50 million and $75 million that may include the features outlined above.

The ANZ "mandatorily, convertible, non-cumulative perpetual subordinated notes" are listed on the NZX debt market. Paying a 7.2% annual interest rate, they were trading at a 4.75% premium as of Thursday. They have no fixed maturity date with the current interest rate set until May 2020.

The BNZ notes are paying 5.314% per annum fixed for five years. They have a BBB+ S&P rating and an A3 rating from Moody's. BNZ itself has AA- and Aa3 ratings.

The subordinated and unsecured ASB debt securities, issued for 10-years but with a five-year call date, are paying 6.65% per annum. Also listed on the NZX debt market, they are trading at a premium of 6.68% at the time of writing. They have a BBB+ S&P credit rating versus ASB's AA-.

The table below shows how the Kiwibank subordinated bondholders would be placed in a liquidation. What's in it for the banks?

From the banks' perspective there are clear benefits from the issuance of these securities. The two key ones are getting suitable regulatory capital classification from the Reserve Bank for either Tier 1 or Tier 2 capital under Basel III capital adequacy rules. And secondly, from an income tax perspective, obtaining deductibility for the coupons that are paid on them.

Thus the banks get strong regulatory capital recognition from their regulator the Reserve Bank, and obtain tax deductibility for the interest.

Protecting the banks, not the investors

The irony is the CoCos, or similar securities with different names on issue in New Zealand, have emerged after international bank regulators moved to shore up bank capital positions post the cataclysmic global financial crisis events of 2008. But the focus here is very much on protecting the banks. Not their investors. For investors these securities effectively combine the limited upside of a bond with the potentially unlimited downside of shares.

Here's what a Reserve Bank spokeswoman told me in 2014: "The Reserve Bank’s remit is to focus on promoting the maintenance of a sound and efficient financial system, its emphasis is on the financial strength of banks and the system at large. The FMA are responsible for promoting the confident and informed participation of market participants in financial markets."

And here's Simone Robbers, the FMA's head of primary markets and investor resources, also from 2014: "It is not our intention to restrict retail investor access to these products as long as we are seeing responsible selling practices from providers and well informed investors."

So in New Zealand it's a case of buyer beware. And check your KiwiSaver or other managed investments if you're concerned about exposure to these securities.

At $1 billion, these securities are a drop in the ocean of the New Zealand banking system, which has $11.8 billion of subordinated debt, $34 billion of equity and $390 billion of deposits and other borrowings.(Not to mention the more than $400 billion of loans outstanding).

Nonetheless, a sobering thought is that if a bank issuer was to halt interest payments on these CoCo-esque securities, or convert them into shares, we collectively may have much more to worry about than the $1 billion invested in such New Zealand bank securities.