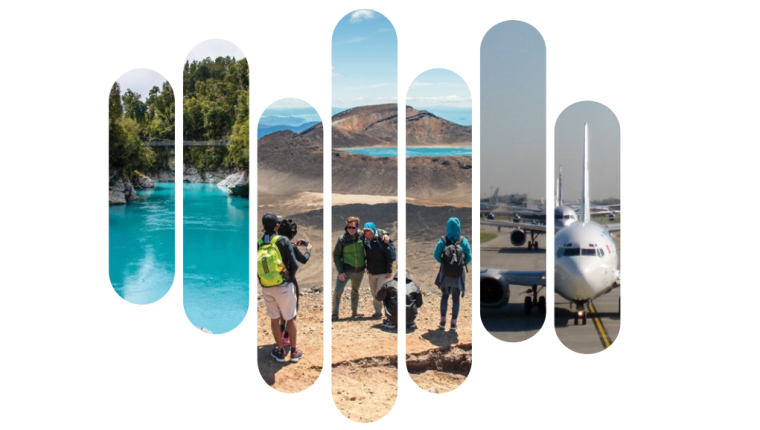 The Parliamentary Commissioner for the Environment, Simon Upton, warns that increasing numbers of tourists – both domestic and international – are putting our environment under pressure and eroding the very attributes that make New Zealand such an attractive country to visit.

The Commissioner says tourist numbers are already straining popular tourist spots and this will get worse if we continue with a business-as-usual approach.

International visitor numbers are approaching four million and could rise to 10–13 million annually by 2050.

“The sheer numbers of people are eroding the sense of isolation, tranquillity and access to nature that many overseas tourists seek when visiting New Zealand.

“And while we tend to focus on overseas visitors, the lion’s share of tourist activity actually involves New Zealanders taking a break.

“We need to ask: are we in danger of killing the goose that laid the golden egg?”

The comments were made as the Commissioner released his latest report, Pristine, popular… imperilled? The environmental consequences of projected tourism growth. The report addresses the environmental and cultural impacts of tourism and what ongoing business-as-usual growth could mean both for the environment and for the vulnerability of the tourism sector.

It examines the role successive governments have played in both supporting and regulating the tourism industry and looks at how the industry – and the environmental pressures it generates – could evolve in the future.

“Tourism is often seen as an environmentally benign form of economic development. This, together with it being so closely interwoven with the wider economy, has probably shielded it from the scrutiny attached to other industries such as agriculture.

“We didn’t get to where we are overnight. The phenomenon of crowded sites, crowded skies and crowded parking lots is the result of more than a century’s worth of promotional taxpayer subsidy.

“What will another three decades of more of the same mean?” he asked.

The Commissioner acknowledged the efforts of the tourism sector to identify a mutually reinforcing dynamic of economic, social and environmental regeneration.

But the report finds that, despite a longstanding emphasis on sustainability, the existing policy mix is unlikely to prevent a worsening of tourism’s environmental burden, and that a different approach will be needed to head off that future.

The Commissioner has decided not to make recommendations at this stage but is instead planning to gauge feedback on whether this report identifies and understands some of the key challenges.

“The overwhelming majority of New Zealanders would surely agree that the terms of our hospitality (manaakitanga) and responsibility for looking after our tourist destinations (kaitiakitanga) are ones the wider community, not just the industry, should determine.”

Building on that feedback, he hopes to follow up with a second report that will “elaborate some of the policy options we should at least be prepared to debate.”

The uniqueness is fast evaporating, fuel is rising, climate concerns are impacting on global travel, the locals are getting less friendly and the infrastructure is appalling. And the biggie, JK has bailed out of Air NZ.

On the positive side...we can just turn tourists into immigrants. Problem solved.

Jeez - they're just asking this now?

“We didn’t get to where we are overnight. The phenomenon of crowded sites, crowded skies and crowded parking lots is the result of more than a century’s worth of promotional taxpayer subsidy.

“What will another three decades of more of the same mean?” he asked.

Are the elected 'leaders' real leaders or simply followers for votes, gaining power, and buying more power at the cost of many others who do not vote for them?

With minimum wage jumping to over $18 per hour, what does that mean to many many small and medium business owners in the tourism sector?

The railway link from Q'town to Milford Sound proposed by National was denied. What a fantastic opportunity that would be to if built!!

You started off okay until your last para. An isolated piece of nature. No people, no roads, no noise. That is real beauty, real experience, real value and real wealth - one of the most valuable assets we have. If you wish to be carted around in a train, stay in suburbia or go to the movies or your local park.

Legit though. If you can't get off your arse to go see the natural wonders of our country, watch national geographic

There are several simple ways to control numbers in a situation where We, the People, are the gatekeepers:

I'm sure commenters can come up with a few other gems....

Add a realistic climate change CO2 emissions charge. Why is it that in theory our govt covered every single CO2 emission except foreight travel? Average tourist travel to NZ uses the same quantity of fossil fuel per tourist as an average car driver does in 10 months driving. Why hit NZ citizens driving in Auckland with a special fuel tax but not wealthy foreigners? [Wealthy if they can afford their airline or cruise liner ticket]

I can't think of the last time i visited a socalled NZ tourist attraction.
Plenty of visiting when kids were young and everything appeared to be so expensive.I presume its even more now.
I remember stopping at Taupo early one morning on the way to Wairoa and looking at the menu and prices of baked beans and eggs on toast.
I told the waitress that i didn't want to buy all of Watties or Tegal.

At last, someone is starting to dip their toes in the never ending growth argument. We already essentially have a conga line all the way along the Tongariro Crossing, as far as I am concerned we pretty much have reach peak tourist.
It's almost a decade since I left the industry and I was beginning to think it was getting a bit out of hand then.
You cannot have infinite growth in a finite world, it is time to address it before it addresses us, if it isn't already.

We should focus on high value, low volume tourism. Target richer people who spend more and not backpacker types who freedom camp in converted vans. The more of the latter we let in, the less of the former will want to come here.

So you'd pander to the elite, even more than they override now? Small thinking.

You are part of a global 'economy' which was grown exponentially by selling toasters and cars to the masses. If you remove the masses, it ceases to grow, and therefore collapses. Why is it that so many can't see the big picture?

The joke, of course, is that any energy-requiring, growth-attempting regime down to having to fracture rock to get at it's energy, is close to collapse anyway. Sigh.

This article surely was written many years ago and is just being republished? The whole feel in NZ has changed within the last 15 years or so. It is not a destination I recommend to people anymore as it has lost its charm due to out of control immigration, tourist camper vans blocking the view at beachs and dumping their sewerage in once pristine areas, lack of improved infrastructure to handle the increased permanent and tourist population, taxes on EVERYTHING, including healthy and necessary foods, waiting an hour to get through customs due to lack of staff as airport numbers go up every year etc. etc..
It is about nothing but money. Good luck.