The Week in Tax: Getting back to normal: a non-COVID-19 related tax bill, Inland Revenue isn’t answering the phones, and the Small Business Cashflow Scheme

Business
The Week in Tax: Getting back to normal: a non-COVID-19 related tax bill, Inland Revenue isn’t answering the phones, and the Small Business Cashflow Scheme 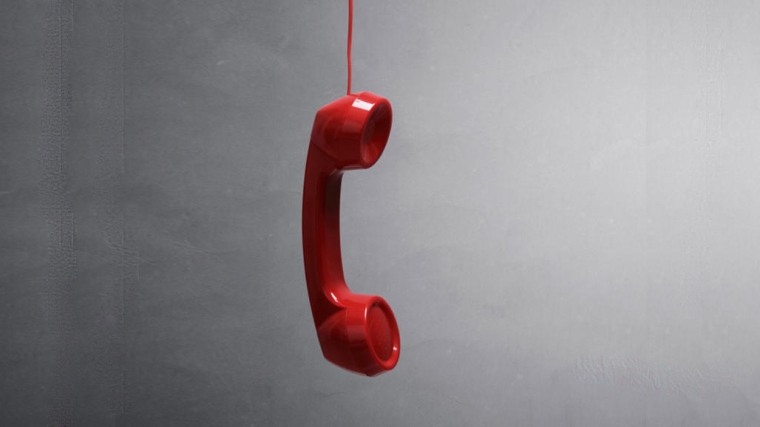 After a frenetic period of activity with COVID-19 related measures coming out almost daily, it's reassuring to see a normal tax bill turn up with the introduction into Parliament of The Taxation (Annual Rates for 2020-21, Feasibility Expenditure and Remedial Matters) Bill.

Now, this is a sort of standard type of tax bill we see twice a year. There’s usually one introduced in May and another in November. And typically, these bills will deal with some policy matters that have been on the table for some time, plus tidy up remedial issues. So, this Bill is a sign of nature is healing and a return to normal.

This Bill has a number of measures which will be both welcomed and not welcomed across the board. Firstly, there's a measure up to encourage investment by allowing businesses to take a deduction for feasibility expenditure incurred in investigating or developing a new asset, or process, even if that process is actually abandoned and never implemented. Until this bill there was some doubt that any of this expenditure would be deductible.

And there are two parts to this measure which are welcome. Firstly, for small and medium businesses, qualifying expenditure on feasibility expenditure, which is less than $10,000 a year, will be immediately deductible in the year of expenditure.

Where the expenditure is above that $10,000 threshold, then a business would be able to claim a deduction spread over five years for the expenditure it spent incurred on investigating this new asset, process or business model. And this deduction will be available even if the planned project is abandoned.

There are several other measures in the Bill. One which won't be welcomed is in relation to what we call purchase price allocation. And this happens when parties to the sale and purchase of assets with differing tax treatments for the purchaser and vendor allocate the sale prices between assets to maximise the tax advantage.

This has been a running sore point for Inland Revenue because you could actually find it for the same asset, the purchaser and the vendor have adopted completely different tax treatments. This bill is designed to ensure the treatment for the asset is consistent across the board and it’s expected to raise $154 million dollars over four years.

There are more rules relating to the taxation of land, particularly in relation to investment, property and speculators. What is particularly targeted here are attempts to get round the provisions which apply where someone has a “regular pattern of buying and selling of land”.  In these circumstances the transactions are deemed to be taxable.

The Bill proposes to extend the regular pattern restrictions which apply for the main home, residential and business premises, to a group of persons undertaking, buying and selling activities together, rather than looking at the regular pattern of a single person.

So that will introduce more complexity into an area which is already very complex, because a lot of the matters relating to the taxation of land involve defining rather subjective terms such as “work of a minor nature” or “a regular pattern”. What is a “regular pattern”? What is “work of a minor nature”? These are issues that have dogged the taxation of land for some time. And dare I say it, a simpler answer would have been a comprehensive capital gains tax. Then everyone's on the same treatment. But I guess it's probably too soon to talk about that.

There is a measure to help dairy and beef cattle farmers who because they’re taxed under the rules for the herd scheme have unexpected taxable income because their herds been culled as part of the attempt to eradicate Mycoplasma bovis over the past few years.

Now, what will happen instead is that income, which would normally be taxed in a single year, will now be able to be spread forward over six years. Farmers who have been affected by Mycoplasma bovis will be relieved that this measure will take some of the pressure off them.

Some of the Bill’s measures had already been in the public domain for consultation for some time, but others have not. There is some interesting legislation in relation to the taxation of trusts, which I had not expected to see. One of these to watch out for is if a beneficiary is owed more than $25,000 at the end of a tax year, then he or she will be deemed to be a settlor of the trust. And that has quite significant tax ramifications.

So there's a lot in this bill, and over the coming weeks I'll pick out particular aspects and discuss at a little bit more length.

Moving on and another sign that we're returning to normality, complaints about Inland Revenue not answering the phones are back in the press.

Now, you may recall at this time last year. Inland Revenue was absolutely swamped with calls as it went through its automatic calculation process for the first time as it worked out what the tax was due for two million taxpayers on PAYE. And so a similar process is happening this year. And once again, people are complaining that they can't get through to Inland Revenue.

In part, Inland Revenue’s business model actually does not want to encourage phone calls. It rather would deal online with people. And in fact, to be fair to it, matters are being responded to very quickly through the Inland Revenue myIR online portal.

But the call centres are under pressure as they always come under pressure this at time of year. But the pressure has been exacerbated by the fact that Inland Revenue have got to try and maintain social distancing and have a lot of staff working from home.

Unfortunately, it's a fact of life that at this present time, Inland Revenue isn't really in a position to answer phones as promptly as possible. It's partly, as I said, the result of COVID-19 requiring some physical restrictions which has made it difficult for Inland Revenue to actually have everyone where they want them.

In addition, Inland Revenue has prioritized responding to matters COVID-19 related, that is, applications for debt remission, wage subsidy enquiries and the Small Business Cashflow Scheme. The pressure is such that Inland Revenue has basically turned off answering the phones on the dedicated tax agent line. We have a habit of ringing up and then asking about several clients at one time because it takes tax agents some time to get through even on a dedicated line. And that doesn't really fit well with how Inland Revenue is operating at the moment.

The delays are frustrating, but it's a fact of life. And I would expect this to be continuing for at least another six weeks or so, possibly longer.

And finally, one of the additional things that Inland Revenue is currently dealing with is the Small Business Cashflow Scheme. This is where businesses can borrow up to $10,000 plus $1,800 per full time employee from the Government at 3% but if the loan is repaid within a year, it would be interest free.

So far, more than 69,000 small businesses have applied for almost $1.2 billion in lending under the scheme but note applications close next Friday. So, If you qualified for the wage subsidy and you believe your business is sustainable, you might want to check this out separately. It's possible it could be extended. Update: After this was recorded on Friday morning the Finance Minister announced an extension of the scheme until 24th July.

My view is the Government should look at introducing some form of permanent variation of the scheme when everything settles down.  Research that we on the Small Business Council received last year, indicated access to finance for businesses with five or fewer employees was difficult.  About 45% or about 31,000, of the 69,000 applications under the scheme have been made by businesses with five or fewer employees.

It seems to me that the response to the Small Business Cashflow Scheme indicates that it is meeting an unfulfilled need. You may recall the Government agreed to underwrite 80% of the lending under the Business Finance Guarantee Scheme administered by the banks. But the take up on that has been disappointing.

There’s a number of factors going on there. But it does seem that the banks were quite happy to socialise the risk and privatise the profit. And certainly, reports I've heard are that the application processes were very cumbersome and off-putting for small businesses. For example, I had one tax agent advise me that a bank had requested projected cashflow statements for two years going forward. Well, in this climate, three months is a long way off.

Well, that's it for this week. I'm Terry Baucher, and you can find this podcast on my www.baucher.tax  or wherever you get your podcasts. Please send me your feedback and tell your friends and clients. Thanks for listening. And until next time, Kia Kaha stay strong.

This article is a transcript of the June 5, 2020 edition of The Week In Tax, a podcast by Terry Baucher. This transcript is here with permission and has been lightly edited for clarity.

Poor IRD, swamped again. If they had better systems in place they wouldn't have to avoid their 'clients' phone calls who only want IRD to rectify their own repeated mistakes.