The Week in Tax; the Small Business Cash-Flow Loan Scheme is extended, ACC levies are frozen, and Inland Revenue explains the taxation of overseas investment properties 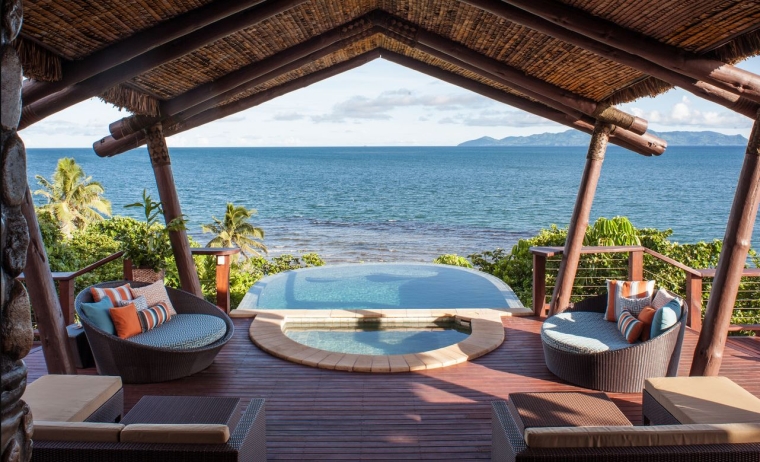 At the start of the week, the Government announced that it was extending the Small Business Cashflow Scheme until the end of the year. Under the scheme, small businesses can apply for a loan of up to $100,000 which is interest free if repaid within the first year and then subject to interest at 3% thereafter.

The scheme is targeted at small businesses and according to statistics, around 80% of the firms that have applied for it have between one and five employees with just over 90% of all applicants having 10 or fewer staff. In total, as of July 3rd , 90,485 businesses had applied for just over $1.51 billion of loans since 12th  May. The average value of those loans is about $16,700.

Extending the loan scheme is a very good move, in my opinion. It fills a hole that the Business Finance Guarantee Scheme seems unable to reach at this point. Small businesses need cash flow and have struggled with getting funding from banks, it appears. So, the Government enabling applications to continue to be made right up until 31st December is a good move.

As I've said previously, I think a permanent iteration of this scheme should be under consideration once we get through the pandemic. We'll have plenty of data to examine as to who took up the loan and were able to comply with the repayment terms, and those that in fact shouldn't because the business was never going to pull through. We’ll then be able to factor in this data in designing a permanent successor.

Moving on, the Government has now announced it is going to freeze ACC levies at the current levels until 2022.

Normally, these would be up for review in 2021. But instead, the Government has decided to defer any review of the levies until 2022. So that means that the levies for the employers and earners will stay the same until 31st March 2022, and motor vehicle levies will remain as they are until 30th June 2022.

And in the motor vehicle account, the average levy per vehicle will be frozen at $113.94 excluding GST. So, all of that will come as a welcome relief for car owners, employees and employers alike.

Meanwhile, Inland Revenue has issued an Interpretation Statement on the tax issues arising from the ownership of foreign residential investment property.

And that's been accompanied by an Interpretation Statement on how the financial arrangements rules would apply to foreign currency loans used to purchase foreign residential rental property.  It's very good to finally see some official guidance in a single comprehensible document in relation to these two topics, particularly in the case of the application of the financial arrangements’ rules.

What the Interpretation Statement relating to ownership of foreign residential investment property does is set out all the basic rules as to what would be expected. It reminds every New Zealand tax resident that you are required to return income on a global basis.  This means even if you are returning income in relation to an investment property in the jurisdiction in which it's situated, you still have to report it for New Zealand tax purposes, although you will be given a tax credit for any overseas tax credits paid in relation to that property.

It also has a reminder that the way New Zealand calculates rental investment income may not be the same as in the other jurisdiction. So, you have to make sure that when calculating income for New Zealand tax purposes, you apply New Zealand rules. In other words, it's not going to be sufficient to simply take what was been reported for, say, Australian or American purposes and convert that into New Zealand dollars and include that in your tax return. There may be one or two subtle distinctions in there, which you need to account for.

The other point it makes is one which is not terribly welcome, and that is if a New Zealand tax resident has an overseas investment property which has a mortgage in an overseas currency against it, then they are responsible for deducting non-resident withholding tax on the interest paid to the overseas lender.

So, for example, if you are paying interest in respect of an Australian property to an Australian based lender, you would have to deduct 10%.   As you say, if you paid $2,000 of interest, you'd gross it up using the non-resident withholding tax rate of 10% for payments to Australia. The gross interest reportable would be $2,222 and you’re required to deduct 10% of that and pay it to Inland Revenue. You have to do this monthly and also file online statements showing you have made this interest payment.

Now, that is the law. But whether the law should actually be applied that way is a moot point, because my view is that when non-resident withholding tax rules were introduced way back in the 1980s, this was not the type of transaction they were meant to cover. And the result is there's a fair amount of additional compliance for taxpayers in in managing and reporting their withholding tax obligations.

And it's a question if Inland Revenue wants these rules to be applied, I think it should be looking at the limits for reporting and how frequently people should report.  Asking people to report monthly is a bit of a recipe for slip ups.

There is the alternative of using the Approved Issuer Levy, which is a flat 2% on interest payments. But again, the reporting limits around that should be considered. And you’re actually talking about relatively small amounts so again, you come back to the point, is the compliance burden imposed actually justifiable?  [These rules apply even if the interest is paid out of an offshore bank account.]

The second Interpretation Statement relates to the application of the financial arrangements’ rules to foreign currency loans, which may be used to purchase foreign residential rental property. This is a horrendously complicated issue I've spoken about before. So, it is actually good to get the official word on the matter.

To give you just how an idea of just how complicated this topic is the Interpretation Statement relating to financial arrangements runs to 19 pages. It includes a detailed example of how the rules apply to calculate the exchange rate movement in a year. The example also covers what happens when an overseas currency mortgage matures, and we have a ‘base price adjustment’ or wash up calculation. This example runs to five pages.

These rules are essentially incomprehensible to a layperson. They're not even well-known amongst tax agents and advisers. So although it is fantastic to get very clear guidance on how the rules would apply together with a really clear example of the exact operation, the bigger issue is whether it is reasonable to impose such complicated rules on what is for a layperson a very simple transaction as they see it.

The financial arrangements rules have been around since the mid-1980s. They were never designed to deal with the lay person but were really targeted at companies and financial institutions holding significant amounts of financial instruments such as bonds, overseas currency and swap-arrangements. Applying the rules to a lay person is technically correct, but the practicalities have yet to be worked out.

Of course, one of the effects of the financial arrangements rules is this peculiar position that the exchange gain on the repayment of the mortgage will be taxable. But for New Zealand tax purposes, the sale of the property to which it relates may not be taxable because for example it's outside the bright line test, or it's deemed to be an investment property and therefore held on capital account.

The thing to keep in mind is in many of the jurisdictions that these investment properties are situated, such as America, Australia and the United Kingdom there is a capital gains tax and it applies to non-residents. That's a point that I think is often overlooked by investors looking to hold properties in those countries.

One other point comes up here which isn't exactly clear, and that is if you have an exchange rate movement in a year, which results in a loss that is deductible for the purposes of the rental income calculation, assuming that you have rental income. However, the loss is not separately deductible, although the financial arrangements regime is a separate regime within the Income Tax Act, the Interpretation Statement does seem to imply that assuming the loss meets the deductibility criteria it is also subject to the loss ring-fencing rules. So that’s something to keep in mind and I'll try and clarify that point with Inland Revenue.

Well, that's it for this week. I'm Terry Baucher, and you can find this podcast on www.baucher.tax or wherever you get your podcasts. Please send me your feedback and tell your friends and clients. And until next time, thanks for listening. Ka kite anō.

This article is a transcript of the July 10, 2020 edition of The Week In Tax, a podcast by Terry Baucher. This transcript is here with permission and has been lightly edited for clarity.

Overseas residential property and overseas mortgages for tax resident NZers. It semms to me that either IRD fails to advise government about the complexity of the situation for Joe Bloggs and recommend changes to the legislation or it maybe they have but the politicians just put it in the too hard basket and don't ask IRD to come up with suitable alternatives, including a revamp of FIF and FA.
"if you have an exchange rate movement in a year, which results in a loss that is deductible for the purposes of the rental income calculation, ...."
Ring fencing, if I've understand correctly, will be losses can only be offset against other overseas FA, similar to non complying shares. Losses cannot be claimed under your general NZ income.
Looking forward to the result of any clarification you get from IRD.

Make it too difficult and it will either put off NZers investing overseas or they will just ignore the tax consequences. Neither of those outcomes is desirable. The law needs to be simplified.

Is that an electronic cash-flow as the current went out...Today.