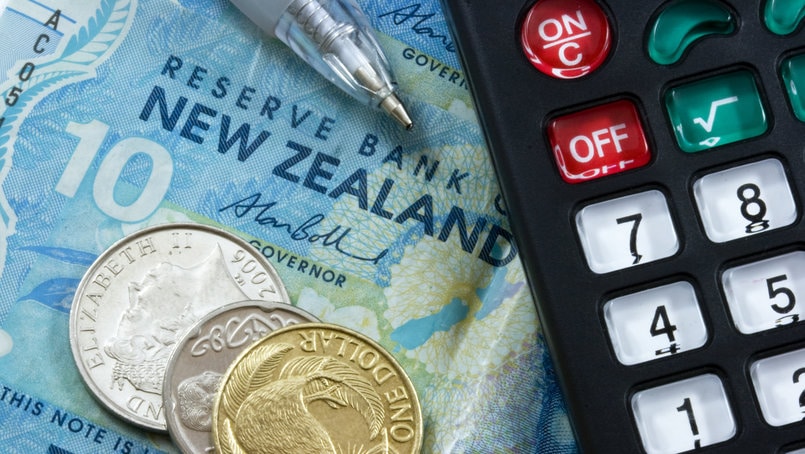 Xero, which provides a cloud-based accounting software service for small businesses and their advisors, has issued its June’s Small Business Insights. This is based on anonymised, aggregated data from "hundreds of thousands" of businesses. Xero also says employment figures dropped a little in June from May, but points out NZ's small businesses are faring better than their counterparts in Australia and the United Kingdom.

“This revenue recovery shows what’s possible when New Zealanders spend locally. It’s also encouraging to see that, despite a sharp increase during the lockdown, the average time for businesses to be paid has fallen to 26.9 days - only a day higher than in February," says Craig Hudson, Xero's managing director for NZ and the Pacific Islands.

"It's important to note the data is an average across all small businesses. While some businesses are doing extremely well post-lockdown, which is helping drive revenue back to 2019 levels, others are still hurting and need as much support as possible,” Hudson says.

After a steep year-on-year revenue decline during April, NZ small businesses recovered to be 17% down in May. The revenue recovery continued in June, with June 2020 revenue on par with revenue in June 2019, Xero says.

Meanwhile, NZ has experienced a stronger "early rebuilding phase" than Australia and the UK so far, despite having the largest drop in small business revenue when lockdowns were introduced.

"In contrast, Australia saw a far smaller fall in revenue in April, down 10% year-on-year. Unlike New Zealand, this only slightly improved in June, up two percentage points to -8%. Meanwhile, in the United Kingdom, revenues bottomed out at 29% less year-on-year in May. Since then revenue has recovered, but is still 18% lower than June 2019."

Hudson says that after a modest recovery in the number of jobs in the small business sector post-lockdown, job numbers across NZ small businesses fell 2.2% between 10 June and the end of June.

“This drop in jobs in the latter half of the month coincides with the tightening of eligibility for the wage subsidy. Despite this fall in employment numbers over June, it’s a positive sign that small business employment numbers are tracking slightly higher than they were in April,” says Hudson.

Whilst much of the small business sector is doing better than many people expected post-lockdown, Hudson says the sector requires ongoing support.

“For those who can, spending with locally-owned small businesses and paying your bills on time is vital,” Hudson says.

It's a trick! The collapse will come in September, January or 2022. The house of cards will collapse and it will serve everyone who owns more than one property right.

Yes the COL-LAPSE is coming 19 september.

Here's my tuppence worth ...........It wont collapse , but things are going to get very very difficult for a lot of people

The data is worthless until the wage subsidy ends. As per usual the only trick in the book is to keep kicking the can down the road. Same play we've been using since 08. Problem is we're kicking the can so far forward, we're about to lose it altogether.

Sorry, why is owning more than one property a bad thing? Curious

Crikey NK. the only downturn will be in South Island tourism when we, out of charity, open up to the Pacific Islands to help their tourism industries out. Everything else will just tick over. Food production has dropped all over the world, a big win for us. If we keep patronising Kiwi businesses, instead of foreign outfits sucking our money overseas, all will be relatively well.

Depends heavily on our dollar staying weak vs USD

The first graph is interesting.
It indicates SME revenues are probably just 3-4% lower than a year ago, which is gratifying.
But it also implies that in the absence of COVID-19, revenues would now be 7-8% higher than they were a year ago.
Looks like there is still a lot of rebuilding to do, especially given the end of the wage subsidy in just over four weeks.

Compare this against how much each country is spending to prop up everything and you will find we are not so good and once we stop propping next month we will see the real figures unless the government creates a new round of zombie money to keep everyone happy but that will mean future tax/debt drag on economy which we put us on the backfoot.

It's pointless to treat SME's as a single 'sector'. If the survey was segmented by industry type (hospo, retail, ICT, construction etc) it might cast more light on actual circumstances.....

So we have nothing to worry about and happy-days are here again ?

I would be wary of drawing conclusions about the ability of consumers to sustain this.

Firstly the Government paid the entire country to stay at home for 2 months , and continues to do so through the wage subsidy . This cannot be done forever .

Secondly there were school holidays , and people did spend on local tourism . I would suggest there was an elements of self-congratulation spending when the lock-down was lifted , people were in high spirits and feeling good about the outcome.

Lastly , consumer are more likely to NOT spend in times of uncertainty , and lets not pretend here , things look very uncertain