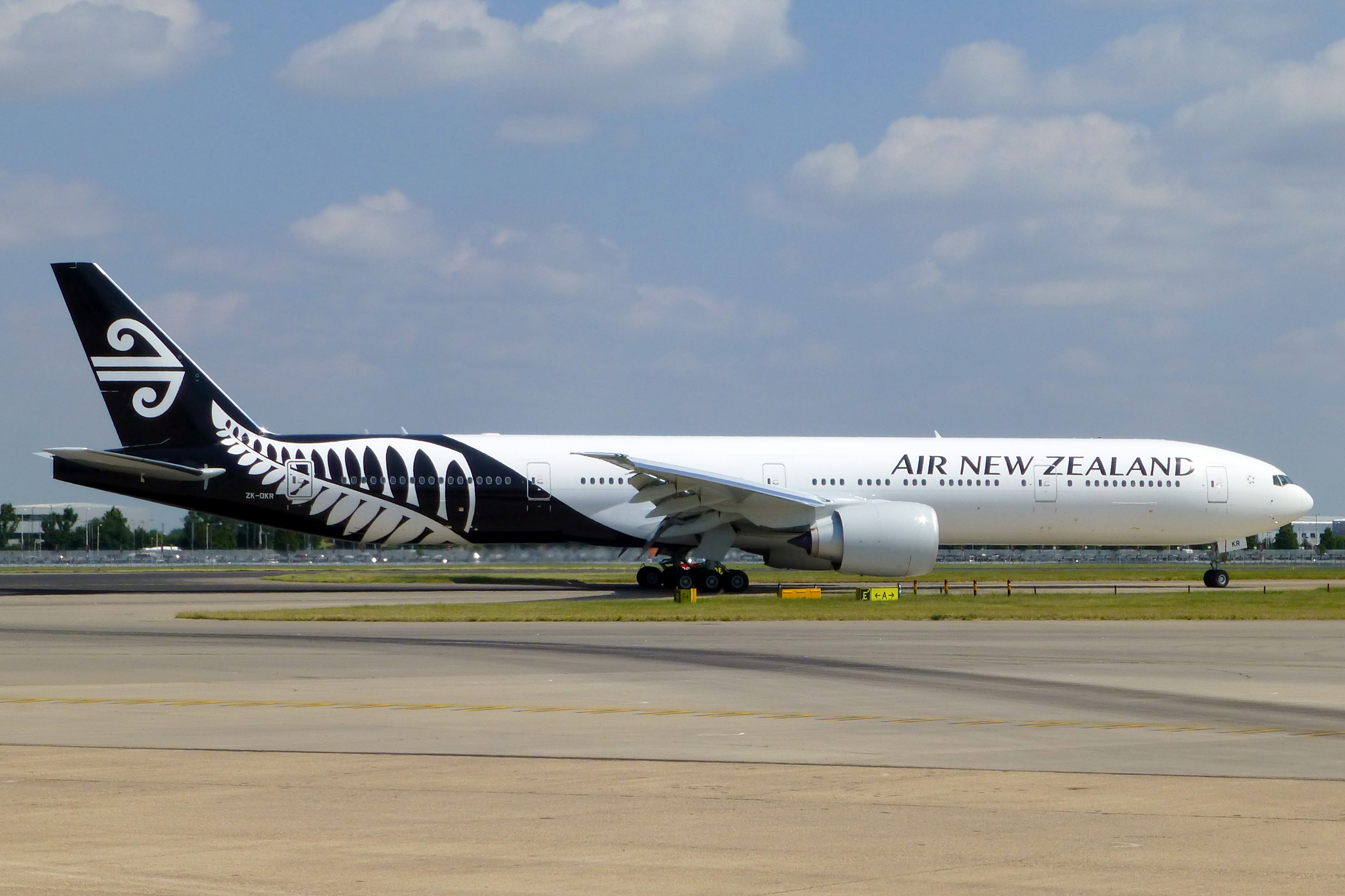 Air New Zealand is starting to draw down on the $900 million government loan made available to it in March.

The loan agreement includes a cash floor, meaning the airline could only access the facility once it forecast its cash position dipping below this floor.

The company is also planning to complete a capital raise before June.

Air New Zealand chairwoman Therese Walsh said, in a statement to the NZX, “The New Zealand Government has recently reaffirmed its commitment to maintaining its majority shareholding in Air New Zealand, and the Board is engaging constructively with the Crown in its capital structure and funding discussions.”

The Crown has a 52% shareholding in Air New Zealand.

The loan deal gives the Government the ability to seek repayment by converting the loan into equity or getting the airline to do a capital raise after six months, should this be necessary.

Walsh didn’t say how much of the facility was being drawn down on, but noted it provided the company with “necessary liquidity support as it works on a plan for the future shape and size of its business post COVID-19”.

“The CSF [Crown Standby Facility] was always intended by both parties to provide the necessary time for the airline to reposition its operations and facilitate the implementation of a long-term capital structure,” she said.

“The Company continues to evaluate a range of scenarios on how the pandemic may develop and the subsequent impacts on its business operations, fleet, operating cost structure, and capital requirements.

“Assuming there are no further material adverse developments, the Company is expecting to complete the strategic capital structure review by early 2021 and be in a position to proceed with capital raising to be completed before June 2021.”

The CSF is being provided in two tranches. The first $600 million tranche has an interest rate expected in March to be between 7% and 8% per annum. The second tranche of $300 million has a rate expected to be in the order of 9% per annum.

The facility will be available for 24 months. The effective interest rates on both tranches will step up by 1% if the facility remains after 12 months.

So much for a Govt that touts AIR as NZs flag carrier - 8% interest is crippling and cynical, especially given current and forecast rates. Nice way to hold a gun to AIRs head. Any capital raise will be at a significant discount to the current price and will undoubtedly render AIR a "penny dreadful" stock. Thanks Labour for wringing the goose's neck. Renationalise the airline and watch it crash and burn. Could always rename it Air Chinanz I suppose. Emphasis on the lower case "nz"

> 8% interest is crippling and cynical

If the rates are so bad why don't Air NZ just borrow from elsewhere?

I suspect that its because Air NZ are basically bankrupt and any other creditor wouldn't lend to them because they probably won't get their money back. Air NZ are at risk and risk carries a cost.

You'd be suspecting wrong then. They were forced into the arrangement by their majority shareholder - the govt.

It's theft from the future.

It's really theft from the present, too.

And it's unsustainable - whether supported by greenwash (like the pathetic Antarctica mind-association) or not.

So what.. cargo and people movement in the future will be via self paddled or wind powered sustainably harvested wooden rafts? Just like the "good old days" 150 years ago??

You can do better than that. Just because humankind cannot keep up the speed and breadth of it's once-off squandering of a store of Natural Capital, doesn't necessarily mean we will lose our knowledge of technologies, or our understanding of science (although as Lasenby's 'Because we were the Travellers' and Wyndham's 'The Chrysalids' - both essential young reading, I'd suggest - point out, much can be lost in a downshift through ignorance, religion, mob hysteria or sheer dislocation).

We know how to build steel ships, knew how while they were still being sailed rather than powered. We know about hull shapes, stability and laminar flow. But the rapid movement of people and cargoes (the latter are only processed parts of the planet, remember, powered on their way by another) has been a 100-year aberration. Less, really, and never for more than the front-end billion or two.

Last time I looked steel hulled wind powered cargo ships weren't particularly viable, too slow for perishable cargo and particularly unattractive for the movement of people. Sorry but your plan doesn't stack up in any world scenarios other than those of 150 years ago. Would also point out that your steel hulled vessels would be produced using a finite extractive resource, so by your constant carping they would also be unsustainable. Back to the wooden raft I guess

maersk have been putting testing sails on tanker ships for awhile now
https://www.norsepower.com/tanker/

I doubt those sails would very practical on a large container vessel - or any large ocean going ship. the test case was a small (100K tonne) coastal freighter and only provided 7-10% fuel savings. Note the ship still needed fuel oil for the other 90% of propulsion. The study didn't provide much info on the loss of cargo capacity due to weight constraints or stability issues in heavy seas. They've been around for a while but never taken off.

Its not a big deal. Air NZ will continue regardless it will just have different shareholders to the ones it has now.

they have made profit for 18 years running, pretty good for an airline in that time we have had SARs and the GFC .
they will return to profit again, the government should have taken the opportunity while the share price was low to get a big chunk back
if i was them i would put in the super fund similar to singapore airlines which is controlled by singapore government investment companies napier and temasek
https://www.odt.co.nz/star-news/star-business/air-nz-reports-first-loss-...
https://www.singaporeair.com/en_UK/us/about-us/information-for-investors...

Flights so much more expensive. But no influence on inflation. 8% interest tax payer has to chough up. We just let it all happen and say they crazy. To be honest I think we are the crazy ones.

Well you've certainly got crazy reasoning about who's paying the interest

Forget the additional capital, just invest in the housing market....up up up!

Air NZ was worthless the last time it was bailed out by our Government. It was after Covid hit and still is. It should have been allowed to go the way of Virgin - Receivership. The Government would then have mopped up the remaining shareholders at 1 cent instead of committing $900 million, that will now be wasted.

And be replaced by whom pray tell? Quantas (also in deep trouble), China Air? If AIR had been allowed to go into receivership the Govt would be looking at a total loss ~ 800mil. Plus the job losses. Wouldn't have been a good look to let the "flag carrier" go bust in an election year. It'll be interesting to see what the capital raise next year will look like though. Would also love to know what influence NZF had on negotiations? They're on record as having a beef with AIR

The majority shareholder of course! The Government. As I wrote on Day 1 of this debacle - it should have been nationalised, on that Day 1. The only alternative to that was for the Government to stand back and pick up the pieces at 1 cent as a de-facto nationalisation, not provide 'Free Cash !!!" that was always going to find a smart new owner.
Air NZ is trading as an insolvent entity without the Stand-By Facility, isn't it?
It should never have received that cover.
Yes, the times dictated unusual activities to protect jobs, but those jobs have gone anyway.
Air NZ should have been left to the market to decide its value - and that was virtually, and remains, nothing.

Should there be a Flag Carrier? In my view, yes.
ALL utilities should be owned by us; The Government - rail, roads, an airline; electricity companies, water companies - all of the utilities necessary to commercial life. But we have let them go into private ownership - and look at the mess that has caused.

Govt ownership has been proven to be inefficient, subject to political whims and ultimately costs the consumer more in the long run. If you think state ownership is the answer just look at the Council owned entities in Auckland - Watercare, Panuku etc. The DHBs are a good example of how not to provide services all the while increasing costs and reducing the quality of outcome. Your example of road ownership is a bit of an own-goal imo. They are in a parlous state outside of the large urban centres and Transmission Gully is a disgrace.

Same argument with the banks BW. They’re insolvent without all the fiscal and monetary intervention from the state/tax payer, so why are they private entities still?

They should have done this a month ago. Late as.

Odd choice to borrow at those rates vs having a large deeply discounted rights issue and a statement in the paperwork that the company has no plans to pay a dividend.