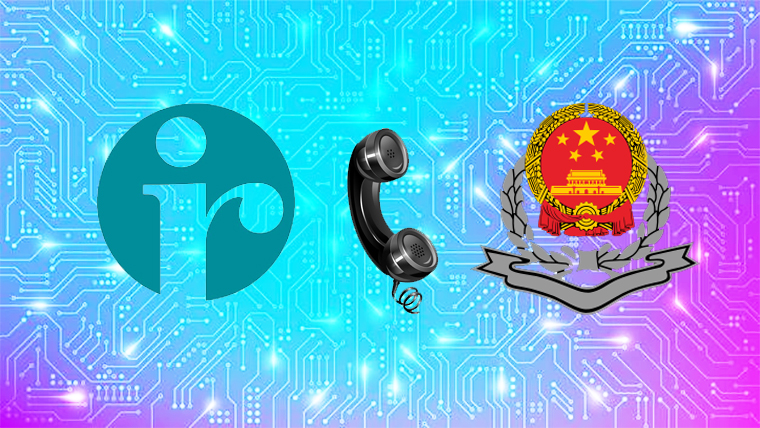 The Taxation Review Authority last week upheld the Commissioner of Inland Revenue’s assessments on unreported income from property transactions. There’s nothing particularly unusual about the facts of this case at first sight. The taxpayer was involved with the purchases and sales of five properties. He arranged the purchase of bare land, the construction of a house on the land and then sold the house.

He maintained he was only a manager and was actually acting under a power of attorney for Chinese nationals and merely managing the properties and receiving payments for services such as arranging the land development and transactions.

But the Commissioner decided to take a look at his affairs for the three tax years ending 31 March 2014, 2015, and 2016, and it transpired that in fact, he wasn't acting as a manager, but he personally controlled the transactions, and he made the profit from proceeds of each property over and above the management fees he had returned in his tax returns. These transactions all pre-date the introduction of the bright-line test, so the Commissioner assessed him on the basis that the properties were acquired with a purpose or intent of sale.

Ultimately, the amount that was assessed after deductions over the three years turned out to be over $1.6 million. In addition, because he had only been returning the management fees, he had actually also claimed working for families tax credits of just under $9,000 to which he wasn't entitled. The commissioner took the view all this represented tax evasion and imposed shortfall penalties of initially 150% of the tax evaded but reduced by 50% for a first offence. Even so these penalties amounted to $407,000.

So far this is relatively routine. Inland Revenue are tracking property transactions and if something gets suspicious, they'll look to see if a pattern emerging.

What caught my eye about this one is the Commissioner's investigations included obtaining information from the People's Republic of China under the double tax agreement we have with the PRC. As a result of that enquiry the registered proprietors of the land said, “Hey, we've got no knowledge of our involvement in these property sales, and we have not received any benefit from these sales”.

Now, one of the great unknowns that I think people aren't aware of is how much information sharing goes on between tax authorities. But this is the first one I've seen where it's been clearly acknowledged that the Chinese tax authorities in the People's Republic of China have been involved.

So, there's a warning for people to be very aware that Inland Revenue information gathering powers are enormous and they have discretion to ask overseas tax authorities for information in relation to any enquiry. Undoubtedly, the Chinese tax authorities would have been very interested in this as well because they would have people at their end who may have been involved in tax evasion.

A couple of years back, I asked Inland Revenue under the Official Information Act about how many requests for information were made between it and the Chinese tax authorities during the year ended 31 December 2018.  The official response was

Incidentally I asked a similar question in relation to the double tax agreements with Australia and the UK, and the information was supplied.  Talking with a journalist who often deal with OIAs being declined, he was quite impressed because he hadn't had an OIA declined on those grounds.

But international relations aside, the key point people should be aware of is that Inland Revenue has wide information gathering powers, and that includes being able to talk to other tax agencies and overseas. And in this case, that was probably pretty fatal for the taxpayer’s chances in this case. You have been warned.

The economic tax take in a pandemic

Speaking of international tax, the OECD earlier this week released its Revenue Statistics 2021, which showed the initial impact of COVID 19 on tax revenues within the 30 odd countries of the OECD.

As typically with OECD reports there’s heaps of interesting data that you can dive into.  For example, in 2020, Denmark has the highest tax to GDP ratio of 46.5%, whereas Mexico, at 17.9%, has the lowest tax to GDP ratio. Overall, in 2020 for the 36 countries that were measured, the ratio of tax to GDP rose in 20 and fell in 16.

The largest ratio increase was in Spain, which went up 1.9 percentage points, apparently because of a large increase in social security contributions. But the largest fall, on the other hand, was Ireland, which fell 1.7 percentage points. And that was because its GST revenues fell quite substantially following a temporary reduction in GST rates as part of its response to the pandemic.

Where does New Zealand feature in all of this? Well, its ratio provisionally rose to 32.2% of GDP, which is up 0.7 percentage points from 31.5% in 2019. By the way, the tax to GDP ratio is also shown for the year 2000.  Back then the ratio was 32.5% and New Zealand since then has pretty much tracked around that thirty-to-thirty two percent of GDP ratio since then. Incidentally, Denmark's has actually been pretty stable over the same period. Its tax to GDP ratio back in 2000 was 46.9%. The average across the OECD back in 2000 was 32.9% and in 2020, it's 33.5%. So, you can see stability across the tax take for quite some time.

The report has a breakdown between tax types and interestingly, corporate income taxes in New Zealand at 12.4% of total tax revenue in 2019 is significantly above the 9.6% average across the OECD.  Similarly, GST at 30.3% is well above the 20.3% average in the rest of the OECD. (Chile incidentally collects 39.9% of its tax revenue from GST, which is the highest in the OECD. As always there’s plenty to dig into in these OECD reports.

From FIRST to START

And finally, this week, Inland Revenue has finally switched off its old FIRST computer system, as it's now practically completed its Business Transformation programme. The total cost of this Business Transformation has come in at just under $1.5 billion, which is less than the $1.7 billion that was originally budgeted, including the leeway for contingencies.

So that has rightly drawn some praise from various sectors for managing that transition. I think you can look back at the Novopay scandal as to see how these things can go wrong. Consequently, the Inland Revenue had to make regular reports to the Cabinet about its progress.

And one of the effects for Inland Revenue of the programme and which was part of its business case, is that its workforce has gone from 5,662 in June 2016 to under 4,000 now, a quite significant change. My understanding is that back in 2016 under the old system, a significant number of processers were employed simply to re-enter everything into the system so it could actually be used.

Regular listeners to the podcast will know I've not always been entirely complimentary about what's going on with Business Transformation. There have been some issues for tax agents and we're still working through some teething problems. Generally, I think not enough when the Business Transformation programme was being designed and implemented the role of tax agents was not well considered. We tax agents are actually the biggest single users of the system and perhaps having tax agents involved earlier on might have made it a more user-friendly experience from our end.

However, it has to be said that this programme was much needed. FIRST was introduced in 1989, I think, and it was really showing its age. And fortunately for all of us Inland Revenue had Business Transformation well advanced when the pandemic arrived. Inland Revenue officials have told me none of assisting the Ministry of Social Development with the wage subsidy scheme, implementing the small business cashflow loan scheme and the ongoing resurgence support payment scheme could have happened under the old FIRST system.

I know the local IT sector was very unhappy at the start of the project at being shut out of the process, although some local providers have got involved as it developed. At a conference in 2014 which was a precursor to the start of Business Transformation it got bit spicy as local software providers climbed into Inland Revenue over their decision to use Accenture and other offshore companies to lead the project.

Local software providers made two points. Firstly, they they had the capability and expertise. One announced it had designed and implemented Bermuda's GST system within six months. The view was the expertise was already in the country.

But secondly, and this is a point which I think has to be kept in mind on a broader economic framework, if software companies are trying to export, but they're not winning government contracts, that makes it a harder sell for them. That was a point which I also heard when I was on the Small Business Council.

Anyway, congratulations to Inland Revenue for migrating fully across to the new START platform. It's onwards and upwards from here and although there always will be some teething problems, we're working through these. So that was a welcome completion of a project.

Well, that's it for this week. Next week, it will be my final podcast of the year. I'll be looking back on the big stories for the year. Until then, I’m Terry Baucher and you can find this podcast on my website www.baucher.tax or wherever you get your podcasts.  Thank you for listening (and reading) and please send me your feedback and tell your friends and clients. Until next week kia pai te wiki, have a great week!

Terry Baucher is an Auckland-based tax specialist with 25 years experience. He works with individuals and entities who have complex tax issues. Prior to starting his own business, he spent six years with one of the "Big Four' accountancy firms including a period advising Australian businesses how to do business in New Zealand. You can contact him here.

Thank you for explaining that Terry. Much appreciated.

BTW, the taxpayer in this case was apparently trying to intimidate witnesses.  I could see further sanctions coming his way as a result.

Tax evasion is a criminal activity...might we see some asset recovery action by NZ Pol?

In this case probably not. Although that could happen if Inland Revenue was uncertain about what assets were held by a tax evader. It's actually a bit of a grey area over when asset recovery action might be taken

""the local IT sector was very unhappy at the start of the project at being shut out"" and "" if software companies are trying to export, but they're not winning government contracts, that makes it a harder sell for them. ""

Googling foreign produced NovaPay brought up 'Fiasco', 'Debacle' and 'Disaster' in the first few search items.  Speaking from experience computer programmers are very thin skinned - employ locals because they will be too embarrassed to produce crap systems.