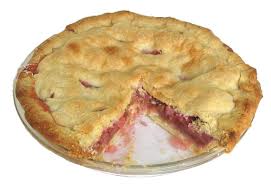 The chief executive of building society Heartland New Zealand says the bank wannabe differs from existing banks because it aims to focus on small and medium sized businesses (SME) and farmers rather than residential mortgage lending with the latter market "overvalued."

Speaking at a briefing today after Heartland reported a more than threefold surge in annual profit helped by almost NZ$10 million worth of one-off tax benefits, CEO Jeff Greenslade said Heartland's focus on SMEs, the rural sector and consumers stemmed from a need to have a balanced portfolio reflecting the realities of the New Zealand economy.

"So that means necessarily a bias towards the productive sector - SMEs and farming. And  by way of contrast to the rest of the industry, less of a focus on property," Greenslade said.

"New Zealand stands alone in terms of its weight of exposure of bank assets towards property, residential property in particular, (and) we think that market is overvalued so it's not as much of an emphasis for us as it is for other organisations."

"We have made a conscious decision not to compete on rate in that (home loan) market, we don't think the risk-return is there long-term. We'll leave it to the big banks to slog that one out between themselves," Greenslade, an ex-managing director of corporate and commercial banking at ANZ National Bank, said.

Instead Heartland would focus on niche products elsewhere such as motor vehicles, stock finance, invoice finance, asset finance, insurance and deposits, which Greenslade described as having high margins and similar risk levels to residential mortgages.

Reserve Bank sector credit data shows housing debt, at NZ$175.8 billion at the end of June was NZ$37.5 billion, or 21%, higher than debt from the agriculture, business and consumer sectors combined. For the year to June agriculture debt rose 3.2%, business debt 3.9%, consumer debt 0.9% and housing debt 1.8%.

Meanwhile, he said the banking sector was following the path taken by the telecommunication and utilities sectors where, in a low growth environment, pinching customers off rivals' was the key growth driver.

"We keep reminding ourselves that the world has changed (since 2008)," Greenslade said.

"We're going to have low credit growth for the next five years, that's just the reality. So if you're planning to run a business in banking based on volume (and) leveraging fixed costs, forget it. It's not going to happen. You need to focus a lot more on margin and get volume where you can. That's about being very clear and very candid about what you're good at and keep repeating it, and being very clear about what you're not good at and avoid it, outsource it, or get someone else to do it," Greenslade said.

Banks in the past had been able to grow by 8%, or even 15%, off the back of economic growth just by turning up, Greenslade added.

"Taking customers from each other was not a major part of earnings in the banking sector. That's about to change because the pie is going to stay the same size, it's not going to grow. Therefore if you want to grow you're going to have to take customers away from somewhere else."

"So we're moving to an environment like telcos and utilities where it's going to become increasingly normal for customers to switch banks. We intend to be a beneficiary of that because we're new, we're small and we want to grow," Greenslade said.

Heartland was created through the merger of Marac Finance - which was spun out of Pyne Gould Corporation - the Southern Cross Building Society and CBS Canterbury in January 2011 and then did the PGG Wrightson Finance deal last August. It's formal bank application process with the Reserve Bank is underway and Greenslade says the sharemarket listed Heartland expects a decision sometime in November this year.

Go Heartland - I see the door opening for plenty of great lending deals for you in the Dairy industry.

Surely Grumpy. But only the ones the big foreign owned banks don't want.any longer? Too easy to dump on Kiwi shareholders looking to break in to a closed shop market.

Looks like these people know which side the bread is buttered on.

On that basis the RBNZ approval must be around the corner?

So residential over-valued but farming with the most expensive farming land in the world, isnt......riiiggghhhttt
regards

Yeah - she looks stuffed – even worse - a vomit in a glassy, fragile mould.

You don't 'deflate' to a lower energy state.

A lower energy state will drive both inflation and deflation.

The 'price' of things involving work being done, will increase. Those things which are essential - food, home energy, water (infrastructure), transport of essentials and some social infrstructure - will get more expensive.

Not entirely sure I would put a deposit with Heartland.
BBB- rating, and now going to focus on, amongst other things, motor vehicle and invoice finance?
Thier T/D rates are only marginally above the main banks.

This path has been tried before, and ended in tears for a lot of Mom & Pop investors.

Why am I not surprised that Heartland has emerged from Marac Finance, with a few PGG Wrightson Finance loans, thrown in for good measure.

Their term deposit rates are a lot better than most banks.
ANZ 4.3% 12 months minimum 10k
heartland 5% and compounding every 3 months minimum 1k
so overall a far better deal with heartland

Yeah well maybe the pie won't grow because over the last 30 years nothing has trickled down to make it with!
I am over John Key using the recession as the reason why wages can't increase, people have to put up with more and more hardship, I will have more respect for that if he explains why, at the same time, the wealthy are getting wealthier, could it be the recession?
Growing the pie is not the solution, as it will be divvied up the same way, it is how you share the pie you have that matters and it is about time we got our heads around that

how odd!
a ceo telling it like it is.
well done

I am surprised at this man's comments, which seem to infer that residential lending is non-productive lending.
People pay to lease houses and the owners make a profit so it certainly is productive.
If this bank is going to limit its lending activities in such a way then don't bother buying any shares in it, as this bank will have a very small, risky lending base.
Lending to property investors, who are providing their customers with a service and are nice people to boot, would make this bank a much more stable business.