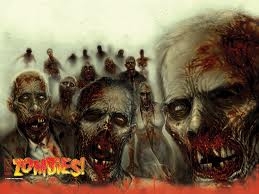 Financial advisory and auditing firm KPMG is picking the onset of a toughening attitude from lenders towards businesses struggling to repay debt.

KPMG transactions and restructuring partner Shaun Adams says a survey by his firm of about 200 New Zealand bankers shows businesses that generate little profit or are losing money and therefore not able to generate enough cash to repay loans, are keeping some bankers awake at night. Adams says "zombie companies" are haunting a significant number of lenders.

"All the evidence points to a hardening approach going forward," Adams says. "it is likely that as banks become less busy dealing with the immediate fallout from the Global Financial Crisis, there will be less tolerance of businesses that are simply treading water."

According to Adams, there's recognition within the banking community that they themselves need to be more aggressive in encouraging customers to seek specialist restructuring advice early.

"If businesses continue to ignore the symptoms they could find themselves increasingly at risk of being corralled into processes and losing control of their own destiny," says Adams.

Zombie businesses are living a hand to mouth existence, generating enough cash to carry on trading and paying their bills, but not enough to also repay borrowings. Generally speaking, a zombie is a business in intensive care, needing ongoing financial support and unproductive management time from lenders and investors in order to continue trading.

Trapped in a cycle of dependence

Adams says in many cases it's hard to see how zombies can work their way out of the tight corner they're in. They're waiting for an uplift in business, which they'll struggle without.

"Taking a macro perspective, you could view zombies as sucking the life out of healthy businesses as they often compete by undercutting competitors," says Adams.

"From the perspective of lenders, the primary risk is that zombie businesses will remain trapped in a cycle of dependence. Lenders questioned for the survey were concerned by the lack of profitability and working capital in these under performing businesses and with consumer demand in many sectors still slack, there is nothing on the radar screen to suggest that the situation will improve."

Asked how many zombie companies might be out there, a KPMG spokesman said this was hard to quantify because it wasn't a question KPMG had asked the bankers.

"Our analysis of the information was based on percentages of bank portfolios that showed zombies as a significant problem but the banks didn’t indicate numbers. (But) our analysis would suggest lots," the spokesman said.

Chart above taken from the KMPG survey.

Adams says zombie businesses are mostly of the small and medium enterprise (SME) category with more than half having turnover of between NZ$3 million and NZ$20 million. The sectors hit by the highest proportion of formal insolvency procedures are construction, retail and financial services. In sectors such as agriculture, healthcare, professional services and infrastructure, zombies tend to be sold through a solvent transaction, Adams says. Other sectors such as hospitality, travel and technology, are expected to be subject to mixed fortunes.

"The survey highlights that zombies are more likely to go through turnaround situations, voluntary sales and refinancing which are already the most common ‘exit route’ for lenders. However, in a cautionary note receiverships, liquidations and even administrations are also expected to increase compared with 12 months ago," says Adams. "Receiverships are expected to be the biggest overall growth area as an exit route for lenders."

And, according to the bankers, management issues are the single biggest reason for a zombie company being placed into a formal insolvency procedure, followed by losses and running out of cash.

The survey quotes an anonymous banker saying that although many clients are good at their primary activity, they're financially unsophisticated and often poor at business management.

"Their businesses have frequently been successful in the early stages, but outgrown their ability to manage, often with poor debt structures accumulated along the way. It is this early success that all too often blinds the business owner to the need to change or to accept advice early enough for the business to remain viable," the unnamed banker adds.

Another unnamed banker tells KPMG the main way zombie companies are surviving is by running down stock and/or selling other assets.

"This obviously can only be done for a certain amount of time, so time is running out for a lot of businesses," the second banker says.

According to surveyed bankers, Adams says the biggest three threats to the survival of zombie companies are an increase in interest rates, negative economic factors, and an increase in working capital needs.

Two years ago a zombie borrower would typically sit in a bank's "work out" department for between one and two years, but Adams says this has now dropped to 12 to 18 months.

"Two years ago these units ('work out departments') were not untypically holding cases for over 24 months. However, there has been a marked shift towards six to 18 months becoming much more the norm as lenders take a more active approach to handling zombie cases," says Adams.

Chart above taken from the KMPG survey.

"Taking a macro perspective, you could view zombies as sucking the life out of healthy businesses as they often compete by undercutting competitors," says Adams.

Let see this is coming from one of only four accounting firms who must rotate the audit of banks between theselves every few years. Who make huge receivership fees from the banks. Who audit the same banks who have the major portion of bank business who were effectively guaranteed by the tax payer, the tax payer also being part of the 85% or 90% of the working economy made up of small businesses employing 5 persons or less. I would hazard a guess that the high interest rates on these business loans may have something to do with it.

Remember banks give you an umbrella when its sunny, and want it back if you look like using it.

"Zombie businesses are living a hand to mouth existence, generating enough cash to carry on trading and paying their bills"

Excuse me but are we not in a GFC? For Bankers(ANZ etc...) to comment in this manner given the profits they are leeching out of their victims, I would have thought was extremely unwise.

I wonder if these organisations are preparing for the mass exodus of depositors when interest rates drop. Who would be the "Zombie" then? How quickly the worm would turn.

We seriously need to start recognising who is really harming us....and fix it.

If we dont we are going to find it gets even worse....indeed I suspect our own laws put in place by frankly stupid pollies will see to us the PPTA secret agreement is just one....

"keeping some bankers awake at night" and what idiots lent to the SMEs in the first place? oh wait....the sleepless ones.....

I recall some bankers this year saying NZ companies could take on more debt, maybe not then.....

and after SME's whats next? why ppl with too much CC debt?

That's so going to do our recovery wonders.

Asked how many zombie companies might be out there, a KPMG spokesman said this was hard to quantify because it wasn't a question KPMG had asked the bankers.

This could effect your local corner store and the local privately owned petrol station.

These people are all paying next years tax, a year in advance, on estimated retained earnings, that are fantasy. It is called Provisional Tax.

Blame it on Muldoon. "Just this once". Lots of laughs.

The idea you should place a company in receivership because it is a "zombie" is a shocker. The value destroyed by receivership is terrible. The cascade of debtor defaults that would be caused by sorting out that zombie which isn't going anywhere only benifits the receivers. All of the unsecured creditors become bad debts on the other companies' books.

The only zombie companies that need to be removed are the ones which have stopped paying GST and PAYE. They are stealing tax payers money to fund their businesses while well operated competitors see their margins eroded. This is a job for the IRD, not the banks. It is one that they need to be more agressive on.

In 2009 my son failed to pay a traffic fine{since paid} and was rewarded with his name being put on a register that has seen him struugle to get anything on credit.

Yet here we have bankers continuing to loan to crap companies for years and years with little or no consequences.

The only zombie companies that need to be removed are the ones which have stopped paying GST and PAYE. They are stealing tax payers money to fund their businesses while well operated competitors see their margins eroded. This is a job for the IRD, not the banks. It is one that they need to be more agressive on.

Yes, this is so true.  Especially directors of companies, who continue to live an extragravent lifestyle, and little guys in the small business never get their accounts paid, and then have to tighten their belts.