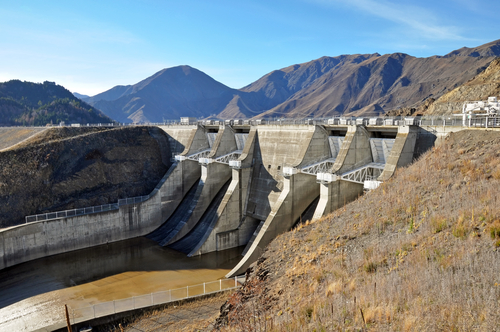 The sale of 49% of state power company Meridian Energy is in its key final phase with institutional investors here and across the Tasman bidding for stock.

The "retail offer" of shares to the so-called mum and dad investors closed on Friday, with reports of strong interest and about $900 million worth of stock taken up. Given such figures it would not be surprising to see in excess of 150,000 Kiwi investors.

The "institutional offer" began yesterday and ends later today. It's this latter offer process that actually sets the price for the shares, though on this occasion retail investors have been promised they will pay no more than $1.60 a share.

The price range for the institutional investors is $1.50 to $1.80. The Australian Financial Review's influential "Street Talk" column - often a beneficiary of leaked information from investment bankers - reported today that expectations were for the float to be "well supported at the bottom half of the range".

This suggests that the final price may well be about $1.60 for everybody, which would raise just over $2 billion for the Government and give Meridian a market value in the region of $4.1 billion when it lists here and in Australia on October 29.

While the Government would inevitably declare $2 billion raised and in excess of 150,000 Kiwi investors as a 'success', the reality is that the Meridian stock has been very much priced-to-go, with investors only having to pay $1 a share up front whilst receiving a mouth-watering dividend yield of 13.4% till the second instalment, probably of 60c, is paid for in 18 months time.

Earlier market estimates for how much Meridian might raise were in excess of $3 billion.

The rather smaller, in terms of assets, Mighty River Power, netted the Government over $1.6 billion back in May, but the MRP stock has subsequently languished well below its offer price of $2.50 a share ($2.23 at time of writing) - despite the company meeting profit and dividend targets.

Having proven to have been over-priced in the short-term, MRP runs the risk that "mums and dads" will sell out of it in order to buy the "cheaper" Meridian stock.

MRP last week started buying back its own shares, stating that it would buy back up to $50 million worth (or 25 million shares), which under the terms of the buyback would have to be done by October 14 next year.

The Government's targeted raising between $5 billion and $7 billion from its asset sales programme, with the proceeds to be spent on new assets.

With the two biggest assets, namely Meridian and MRP, set to raise only around $3.6-$3.7 billion, the Government will almost certainly have to revise the targeted figure down.

The only remaining assets left to sell are about 22% of the already stock exchange-listed Air New Zealand (to get the state holding down to 51%) and 49% of Genesis Energy, the smallest of the power companies.

At current prices the Air NZ shares (which have risen strongly this year) might fetch about $350 million but it would be difficult to see Genesis raising much more than say $700 million, leaving the Government with likely an all-up tally of $4.8-$4.9 billion.

State coal mining company Solid Energy was originally slated to be partially sold as well but is now a financial basket case, with the Government having agreed to cough up potentially $155 million of taxpayer's money to keep it afloat.

Under the restructuring proposal Solid Energy's bankers are set to receive haircuts on the amount of money they are owed.

The banks are meeting to vote on the proposal today. Banks who have already indicated they will support the proposal have enough of the 75% overall support needed to get the proposal through, but the wild card remains the dissenting Bank of Tokyo Mitsubishi, which has commenced legal action opposing the proposal.

Without the restructuring Solid Energy will likely go under.

If the government was serious about re-educating Kiwis away from rental properties in Akld or Chch , and back into the NZX , then they're doing a piss poor job of it ...

... the " institutions " can gather up all the overpriced Meridean shares , and tuck them into the bottom drawer next to their Mighty River scrip ...

Here's the rub , when the UK government recently floated off Royal Mail , they did so at a cheap enough price to get Mums & Dads onboard ... the IPO listed , and shot up in value , 30 % or so ...

... guess who those folks are gonna vote for at the next election .... guess also , where they're gonna plonk any more spare savings they have .. ..

The National government in NZ has destroyed Kiwis' interest in shares ... we're back to 1987 ... geez youse Gnats are dopey prats !