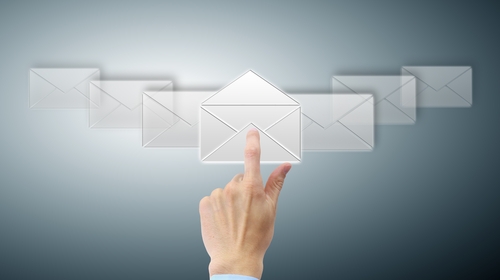 New Zealand Post got most of what it asked for from the Government and will be able to carry out substantial surgery on its existing network of postal outlets within two years.

The proposed changes can also be expected to have a substantial impact on NZ Post's subsidiary Kiwibank - which operates through NZ Post outlets - though Kiwibank through a spokesman was offering no comment on what the changes may mean for the bank today.

The NZ Post changes, which can take effect from June 2015, are contained in a new Deed of Understanding announced by the Minister of Communications and Information Technology Amy Adams. The deed has not been updated in 14 years, during which time mail volumes have plummeted, with volumes of letters having reduced by some 30%, 322 million in number, even since just 2006.

At the moment the deed states that NZ Post must have a network of at least 880 postal outlets and post centres, of which not fewer than 240 must provide postal services plus agency and/or other services.

In essence these changes open up the possibility for widespread introduction of automated technology in self-service kiosks.

These changes will clearly have big ramifications for Kiwibank, which currently has about 280 branches operating through NZ Post outlets. The bank said earlier this year that although it was too soon to say what a major cost cutting exercise by NZ Post would mean for bank branch numbers, its customers would be serving themselves more in the future.

NZ Post had also sought to cut all standard postal deliveries to three times a week. The Government's said it can do this in urban areas, but must retain five-times-a-week delivery in rural areas. At the moment mail is delivered six-times-a-week everywhere. NZ Post's "premium" mail service will remain at six-days-a-week.

At an operating level NZ Post made a profit of $65.282 million in the year to June, down from $85.847 million a year ago, but mail revenues were well down.

NZ Post chief executive Brian Roche said the new Deed gave the company "the flexibility it needs to be able to continue to provide New Zealanders with a postal service that meets their changing requirements and expectations".

"The changes also recognise that technology such as self-service kiosks will form a significant part of our postal service point network, and a move towards a franchise and hosted business model."

Was only a matter of time given the continuing improvements and developments around mobile communication advices - however it will be extremely interesting to see how this impacts on Kiwibank as a whole.

I already get frustrated when I am told on the phone that I have to go into a "branch" to complete a particular action (closing accounts, verifying income etc etc) and then end up standing in queues for ages waiting to drop off a piece of paper that I could have emailed to them.  Imagine what it will be like with so many fewer "branches" out there?

I expect the staff will also now start to be decreased (no doubt via "natural attrition" means at first) whilst the begin to prepare for what will be sweeping changes to their current post shop network.  So even longer queues perhaps for a while to come yet....

Must be time to move to a bank that is actually opening new branches perhaps?

Interesting strategy. If you step back and look at what the delivery side of the NZ Post business is, well, it's that they had a postie going past your letter box 6 days a week. And they'd drop off any mail that had been sent to you. That's it. So, if you wanted to develop a strategy to encourage an accelaration of mail receivers switching to receiving statements and bills online instead of mail based, cutting that service offering in half would probably do it. I mean with public holidays through the year etc. you could potentially be receiving important bills nearly a week later. And it's all that machine readable business mail that is bread and butter for the sorting and delivery side of the business.

I think this rationalisation, can be carried forward to enable radical savings in the entire government and civil service and banking sectors.

Just imagine if you taxpayers could vote to reduce parliament and its priviledges down to a one day working week.  Just think of the money that would be saved.

Who ever needed hundreds, nay thousands to make huge mistakes on our behalf.

A computer would be able to do a far better job than the entire government and its lac-keys.

Similarly the civil Service sectors could all be replaced by robots and computers.

Similarly all banking sectors could be replaced by robots and computer systems.

If you did not have money, you could not spend it. Simple.

Similarly, all communications between computers could be fast broadbanded via chorus of connections so that in a split second, a decision could be made whether to to raise a mortgage, reduce our debt, deleverage our housing, tax the land bankers, lower the deficit, over rate our housing, fix the volatile exchange rates and then we could all go on holiday for the other six days.

Xero hedging would be needed to account for the one day worked.