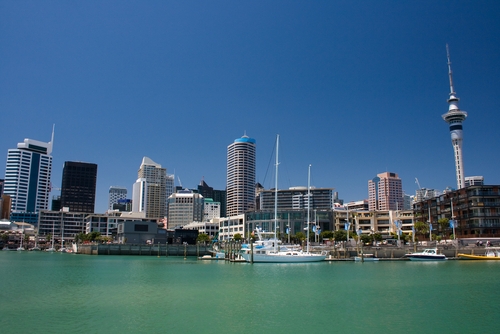 Len Brown today released a position paper by EY on PPPs that may be suitable for civic projects in Auckland.

“As the country’s largest and fastest growing city, we have the need for both major investment in infrastructure and finding new, innovative and fiscally responsible ways for this to be delivered,” says Len Brown.

“Every dollar we invest in capital projects – and there will be many billions - needs to make economic sense and be backed by a robust business case. But the traditional procurement and delivery models cannot deliver the infrastructure Auckland needs, which is why I am not inclined to rule out any options that will help us.”

The Mayor says one of the benefits of the Auckland amalgamation was creating the scale to make PPPs at a civic level possible for the first time, and with the Government pursuing greater private sector involvement in infrastructure and services, the public also have a better understanding of PPPs, and why they are distinct from privatisation.

“We have a large and growing body of international experience to draw from – many successful, some not so successful. While PPPs seek to take advantage of private sector expertise and efficiency, a key difference – and a lesson learned early on in the UK’s experience – is that in most successful PPP models, ownership is retained by the public sector, while the risk falls to the private sector.

“That is important for a city like Auckland, where we are seeking to deliver on social as well as economic aspirations through our infrastructure investments.”

Len Brown says with his position paper he aims to kick-start a process of looking at options that might work for Auckland, that would clearly define PPP models and what they can – and can’t – deliver.

“I wanted a realistic, warts-and-all assessment of PPP models. I wanted to know exactly what value PPPs can deliver – both so that we don’t miss opportunities, but also so we don’t trip up.

"PPPs will seldom if ever deliver lower capital costs. We can borrow money at least as cheaply as the private sector. For a PPP to make sense, the prerequisite equation is the value that it delivers – whether it be through applied expertise, commercial synergy, improved service delivery or risk allocation – is greater than any additional cost of finance.

“If Auckland is to be ambitious and prudent, we need to be smart too. While our balance sheet is strong, it cannot sustain the pressure of the magnitude of investment Auckland needs. And the same is true of the Government.”

The position paper includes international examples of where PPPs have or haven’t worked and why. It also lists dozens of projects in Auckland as large as the City Rail Link and as small as the upgrading Auckland’s parking meters that might benefit from PPPs.

Len Brown will now ask council staff to use the framework presented in his position paper to create a work programme through which the council and wider community can have a good hard look at all the options and apply the ones that will deliver real benefits for Aucklanders.

While PPPs seek to take advantage of private sector expertise and efficiency, a key difference – and a lesson learned early on in the UK’s experience – is that in most successful PPP models, ownership is retained by the public sector, while the risk falls to the private sector.

Where do the repetitive and enduring costs lie?

In a certain room, in a certain place,  in a  divorce from reality, Auckland style.

PPP's have never worked to the long term  benefit of the public.

A bit like amalgamating all the over blown Councils into one and only one coming out on top of the heap.

It might get the job done for some, often Chinese or elsewhere, but the user pays more in the long run.

Security is often lax and they can take a lien on your assets, as per selling off SOE's to fund these types of fancy.

Over rated, over ambitious, I do not think Auckland can stand much more.

But what do I know. I would never live it down, if I did the same. Not that I would live there anyway.

Minding ones own business is better than any PPP.

It does not bode well, when others are involved and want all the credit and the perks, but none of public reality.

Brings to mind Carts before Horses ... maybe we should start by getting the numbers right and establish exactly what infrastruture is needed and what is nice to have .

Dear Mr Brown, jump on  a plane and hop across to your sister city, Brisbane. see for yourself PPP concept doesn't work., all failed miserably!

We need to get rid of this man . He has no cred left at all , and he did not start with much .

He is a looney lefty hellbent on spending other peoples money on gradiose uneconimic schemes with zero return like the Auckland rail Loop .

Its never a good look whan a Company runs out of investment opportunities for its shareholders funds , and its righ to repay the Capital to them .

Boatman the total payout is near the amount you noted, but the Council's share is 22% of said amount. Nonetheless, the sums involved are staggering and confirm my resolve not to fly for the past 15 years - there can be no pleasure when one is being gouged so badly by one's fellow citizens.

Here's a press release from Anne Tolley on the Wiri prison PPP:

Corrections Minister Anne Tolley says that building work is on schedule for the 29 buildings on the site of the new prison at Wiri in South Auckland.

Work is due to be completed on the new cell blocks, training, education and health buildings by early 2015, for the new 960-bed men’s prison.

The facility is being designed, financed, built, operated and maintained by the SecureFuture consortium through a Public Private Partnership. The 25-year contract, worth approximately $840 million, represents a 17 per cent, or $170 million, saving for taxpayers than if it had been procured through conventional means.

“I had a great look around the site today and was impressed by the progress being made,” says Mrs Tolley.

“Alongside excellent safety and security, the new prison will have the modern rehabilitation facilities that we need to support our target of reducing reoffending by 25 per cent by 2017.

“For example, the huge industries building, where prisoners will be given skills and employment training, will help prepare offenders to make a positive contribution to society upon release, so they don’t return to crime.

“The new prison, which is in an area of high population growth, will also allow offenders to stay in closer contact with their families, something we know is important for rehabilitation. Currently around 1000 prisoners from Auckland are housed in facilities outside of the city.

“The building project has also provided a huge boost to the local economy, with businesses within 10 kilometres having won sub-contracts worth $36.6 million. There will be a peak of around 800 workers on the site at any one time during construction, and since work began over 2,500 workers have been involved.

“It was also good to get a look at the on-site canteen, which is staffed by offenders from the neighbouring Auckland Women’s Prison, who are gaining valuable work experience.

“This new prison will give us the right facilities, in the right area, to keep our communities safe.”

The facility is being designed, financed, built, operated and maintained by the SecureFuture consortium through a Public Private Partnership. The 25-year contract, worth approximately $840 million, represents a 17 per cent, or $170 million, saving for taxpayers than if it had been procured through conventional means.

Is this a defensible claim or just an 'off the cuff' comment, much like ex RBNZ Govenor, Alan Bollard's claims for the RWC?

Reserve Bank Governor Alan Bollard forecast in January that the World Cup could add about $700 million to the economy.

Mr McCully said there was real value in an event such as the cup. "We'll get about $700 million or so of income as a country from people coming to visit, and we also will be investing in assets that will provide a return for many years."

But University of Auckland economics professor Tim Hazledine says official estimates are overblown, and the benefit to the economy will be much less than $700 million. Read more

Has no one the intelligence to see that this society, that needs bigger PPP prisons was actually created by politicians and their social stupidity.

The simple fact is we have created more problems for this country than our forebears would have countenanced.

Now, Importing stupidity is a growth industry and the norm.

Growth in prisons and crime, is not something to be damn proud of.

Nor is scamming the taxpayer, the saver to contribute, for the failures of others.

No wonder this is a divided country. It will continue to descend into a problematic state, the more we divide it.

If everyone was gainfully employed, or had to show how they were filching, crime would be non-existant.

Now we house them and give them a free ticket to ride a Harley and produce problems.

Our social changes have produced tremendous problems, for instance murder was almost unheard of after the war as was huge financial theft by finance companies, their directors and the like.

And even politicians and lawyers were someone to look up to, not emulate in conniving and scheming and having a very convenient memory as to who they met yesterday and now work for big business, to big to fail Banks, dot.coms,  Casinos and the other cronies, they now answer to.

Now it is totally commonplace.

Also there was no need of  a social worker in my youth, they were unheard of.

If you wanted to get ahead, you worked for it, not bleated and held your hand out.

A house was just a home, not an investment and going to a prison was punishment, not a profit making entity

Have you seen the movie The Purge?  Could be a option you would agree with, it would certainly get out some of that pent up frustration.