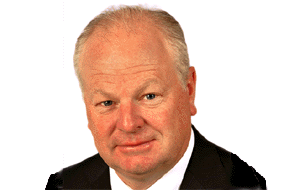 ANZ New Zealand CEO David Hisco has been rewarded for the bank's success during his tenure with an additional role as the ANZ Group's global head of retail banking.

Hisco will stay on as ANZ NZ CEO based in Auckland and replaces the departing Philip Chronican as global retail head for the Melbourne-based ANZ Group.

New Zealander Chronican is also stepping down as the ANZ Group's Australia CEO to pursue a non-executive career. Chronican is being succeeded in that role by Mark Whelan, currently ANZ's managing director of global commercial banking.

“We have been very successful in New Zealand since the brand merger and his experience in using common approaches and common systems will help create further value in retail in Australia, New Zealand and Asia Pacific,” Smith said.

Hisco has been ANZ NZ CEO since succeeding Jenny Fagg in September 2010. Since then ANZ has successfully culled the popular National Bank brand, shifted the ANZ and National bank brands onto one IT platform, substantially reduced the number of products it offers, and delivered a string of strong financial results.

I've tried to write to Mr David Hisco but he never responded to my letters. The letters I addressed to him on the envelope and the letters I marked private and confidential. Victoria Bryce the Exec to the CEO responded on his behalf and asked me to call and confirm I had the correct address for him. I emailed back but no one responded.

ANZ bank have serious issues which I can prove. I am taking my complaint to the Reserve Bank as not even the FMA will address the matters. Their issues are so serious I am speaking to significant others in our community to set standards of behaviours that corporations like ANZ will have to comply with if they wish to conduct their business in our town.