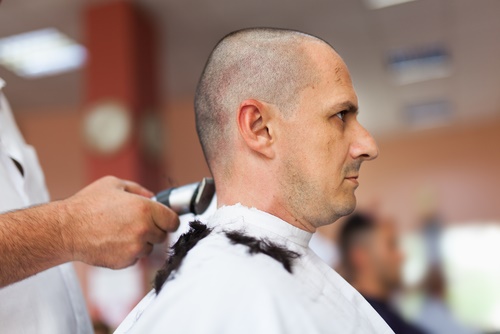 The big bank creditors of cash-strapped state miner Solid Energy are being faced with the option of either losing about 60% of their money or as much as 85%, according to a report compiled by Solid Energy's administrators.

The administrators report was issued to Solid Energy Group’s 1500 creditors today and includes the below summary balance sheet for Solid Energy.

The report, which provides "a high-level analysis of the company’s position" supports the Solid Energy board's proposal for the group entering into a Deed of Company Arrangement (DOCA) with its creditors, which includes a two-and-a-half year sell-down of assets. The only other potential outcome was liquidation.

Creditors will decide whether or not to vote for the DOCA when they vote on the future of the company on 17 September.

Solid Energy owes about $300 million - via unsecured loans - to ANZ, ASB's parent Commonwealth Bank of Australia, BNZ, Westpac and the Bank of Tokyo-Mitsubishi.

“We have been working with the Solid Energy Board and management to ensure the best possible outcome for all creditors via the voluntary administration process,” said Brendon Gibson of KordaMentha.

“The DOCA is in our opinion the preferred option.  It enables a progressive sell-down of the assets over the next two and a half years.  In our opinion, on balance the DOCA provides the best return for all creditors.”

Solid Energy currently has 524 staff, versus a head count of 1658 in June 2012 when its first round of restructuring started in response to its growing financial crisis.

The key results of the Administrators’ analysis are:

An estimate that the return to all creditors will be 15 – 20 cents in the dollar for liquidation.

If the DOCA is supported, trade creditors and employees will receive 100 cents in the dollar. "Rehabilitation costs" will be covered by the Crown subject to a cap minimising the risk to Councils.  Other creditors, including the Bank group and Bondholders, are expected to receive 35 – 40 cents in the dollar.

Gibson said the key reasons for the material difference in return are the forecast improved return from an orderly realisation of the assets and the decrease in liability claims from parties as a result of DOCA negotiations.

“We are advised, subject to finalisation of some minor matters, that the Banks and TSB as the largest Note Holder have agreed to support the proposal which is encouraging for the vote on 17 September,” said Gibson.

Solid Energy Acting Chairman, Andy Coupe, said he was delighted but not surprised that the Administrators supported the DOCA.  He said that Solid Energy management and the Board had been working tirelessly to further its proposal.  “We are pleased at the support we have received in negotiating our proposal.”

Coupe said the company would be ensuring employees fully understood the detail of the report.

State Owned Enterprises Minister Todd McClay today cautiously welcomed the report by Solid Energy’s Administrators that a Deed of Company Arrangement (DOCA) is the best way forward for the company.

“This is a much more positive recommendation than the alternative, liquidation, and is likely to offer the best outcome for staff and creditors,” says Mr McClay.

Under the proposal, trade creditors are to be paid in full and staff will have greater job certainty.

Mr McClay confirmed that the Crown would provide environmental indemnities to the previously announced amount of $137 million.

“This will be an important part of the consideration when creditors vote on the future of the company on the 17th of September.

“I would like to thank the Administrators, Solid’s Board, the staff and all parties who continue to work tirelessly to find a resolution to this most difficult situation,” says Mr McClay.

Does anyone know the estimates for the "Rehabilitation costs"?

Also why don't these costs come out of the DOCA so that the taxpayer isn't burdened with them.

Well the taxpayer (government) was the one who profited in terms of increased dividend demands at the time the Key government first took control. Simon Power was the then Minister and he also specifically encouraged them to leverage up;

Their demise is a direct result of the government's inept management of the business.

Yes, taxpayers should be furious.

PS - also note the comments by the then Minister about that rehabilitation liability in that letter!

hmmmm - risk on and damn the consequences.

We should have more of such great Kiwi enterprises screwing foreign banks (or foreign whatever). Well done Solid Energy! Bravo!

Didn't it hit TSB $54 million in the pocket? No small amount to the Taranaki community.

Banks are only unsecured and gave a good interest rate because they thought the govt was behind it. Do you think any SOE is going to get an unsecured loan.

not with this government, backdoor asset sell off, they have SOE's selling eveything they can to hand the money over.
all the SOE;s should be rolled either to the cullen fund or a separate entity along the lines of temsek so ministers can not use them as personal piggy banks to fund pet projects.