BNZ, Bank of Tokyo-Mitsubishi and TSB Bank will be forced to take the biggest trims on Solid Energy debt

BNZ, Bank of Tokyo-Mitsubishi and TSB Bank will be forced to take the biggest trims on Solid Energy debt 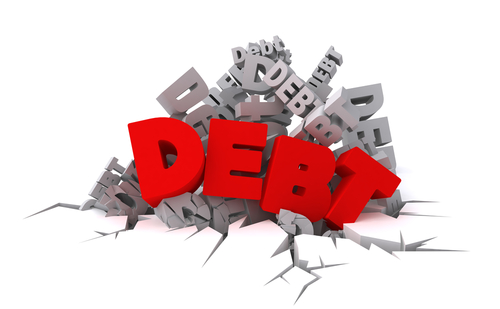 The BNZ, Bank of Tokyo-Mitsubishi and TSB Bank are the Solid Energy lenders who will face the biggest "haircut" on monies owed by crippled state coal miner Solid Energy.

Bank of Tokyo-Mitsubishi is reported to be taking legal action to try to veto a debt restructuring deal.

At this stage if it came to a straight vote (which requires a 'yes' from lenders holding 75% of the outstanding debt) it appears likely that it would be outvoted by other lenders.

The amounts owed by the bank, as well as the fact that TSB Bank is owed $68.79 million on Solid Energy "medium term notes", are contained in the debt restructuring documents.

The documents have been issued ahead of a crunch meeting by the lenders on October 22.

Holders of up to $95 million of Solid Energy notes had not to this point been revealed. Interest.co.nz's Gareth Vaughan has attempted to find out more about them but been officially rebuffed.

TSB recently revealed in its June disclosure statement that it held notes, but wouldn't say how many. It said last month it did not see them as being impaired.

The restructuring includes a contribution of up to $155 million from taxpayers.

The Government will issue $100 million in non-voting redeemable preference shares with $75 million to key lenders in exchange for part of the debt owed to them, and $25 million to the Crown in exchange for cash. There'll also be a secured working capital loan of $50 million provided by the Crown, repayable within three years, plus a secured land mortgage of $50 million provided by the Crown, again repayable within three years.

All of the financiers other than TSB lenders to Solid Energy, while TSB holds notes with a face value of $67.5 million. The extra amount TSB is owed over that is in unpaid interest.

Finance Minister Bill English later said in Parliament the government's view was the Bank of Tokyo Mitsubishi's legal action was very unlikely to succeed, and if it did, the company would have to be liquidated at a cost of 1,000 jobs and the bank would lose all its money.

"Our advice is there's enough of the banks agreeing in order to proceed with the restructuring of the debt. Bank of Tokyo is mounting a legal challenge to that, but our advice is that's only got a very small chance of success," English told reporters before entering Parliament.

"If they were successful in the courts in stopping the deal, then Solid Energy would probably go into liquidation and they would lose all of their NZ$80 million. So success would be worse for them in the courts," he said.

English said there was no plan to renegotiate the deal. "We have no intention of coughing up to cover any bank's debt," he said.

(Updated with comments from English)

Bank of Tokyo-Mitsubishi is reported to be taking legal action to try to veto a debt restructuring deal.

OBR style haircuts not to their liking?

SH. Especially when they probably suspect the Oz/Kiwi banks will get government top ups on the sly later.

Nonetheless, the Finance Minister is bleating in public:

As if they care - it's chump change and our employment woes are our own.

Well landcorps equity is back 28 million but they still paid the Government a  5 million dividend. Sound familiar, rings a bell?

So TSB held $68.8m of the $95m of medium term notes on offer. What sort of risk policies did this bank have in place? Hardly a diversified portfolio! TSB shareholders should be asking some tough questions of the board and senior management.

LOL - jep and we are supposed to trust RBNZ regulatory oversight. I bet the notes were considered as acceptable for regulatory capital purposes when first issued? - what chance do the depositors have?

We can see the entire picture in the David Cameron government’s privatization of the British Royal Mail. The prime minister has described the looting as “popular capitalism” even though the British public overwhelmingly opposes turning over the mail service to a profit-making enterprise.

At least they got the pricing right if not the intent:

Hundreds of thousands of small investors could make a profit of more than £300 on Royal Mail stock on Tuesday morning following a further surge in the company's shares on their second day of trading.

Around 350,000 shareholders who bought their stakes through a government website – out of a total of 690,000 retail investors – receive their share certificates on Tuesday, allowing them to cash in on the float's instant success.

The shares, which the government sold for 330p on Friday morning, closed at 475p on Monday night – 20p higher than at the end of trading on Friday. The 44% jump in the launch share price means that 227 shares bought from the government for £749.10 – the allocation for every retail investor – are now worth £1,078. Read more

Your cheque is in the mail.
Oops..no posties to deliver them.
Nor pension funds for the posties, even the 600 bucks quick  profit would not buy em a new bike, even if they could have afforded the shares.
In fact, they lost on all aspects, coming and going and future pension earnings.
Royally screwed on all counts. Well done Cameron.

So the Japanese bank is playing all or nothing, gambling that teh NZ govn will bail them rather than lose the jobs?
Its non-winner for our Govn if we blink on it....from then on everyone will know we are an open wallet.
regards

Here is one for all cautious investors, but primarily sad news for Gummy Bear.
It will affect us all in the end.
http://www.dailyfinance.com/2013/10/15/banks-libor-court-case-government-shutdown-deal/

Of course I dont think 300billion could be paid, let alone 300T.
regards

So Cyprus is now an island in the Pacific,  eh?

Lots of this is likely, the US banks in particular.
Funny how its user pays etc from thwe right wingers until its their money...then its someone elses pays.
regards

I assume TSB is covered by RBNZ OBR policy.
They are a New Zealand incorporated registered bank with retail deposits over NZ$1 billion
Recent annual report shows deposits at 4.9 billion
Now what i want to know is how the MD can get away with this.

'Asked about the TSB holding of Solid Energy bonds, managing director Kevin Murphy was unwilling, or unable to shed any light.
Asked what the face value was of the bonds TSB holds Murphy told interest.co.nz: "I'm not prepared to comment on that.'
http://www.interest.co.nz/bonds/66164/tsb-emerges-bondholder-stricken-so...

Under the OBR depsositors are now suppossed to be able assess the bank we use, at our risk.
How do you do that when the MD shruggs his shoulders and says not telling?

The fact he isnt telling is a factor.  If you think that that is significant [enough] then, remove your money.
This is of course but one event...a small one....Air New Zealand set to follow....and others....private ones with large debt....
pop goes the defaulters....pop.....pop......pop.
regards