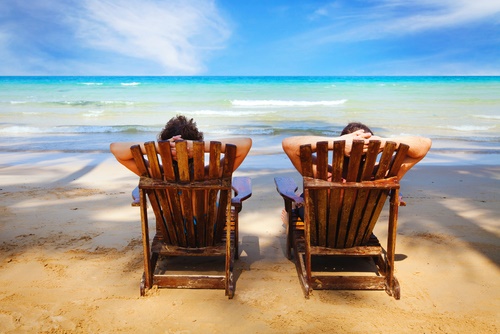 Well, if they could do a deal like this one every week, we could all retire now...to the Bahamas.

The NZ Super Fund is trumpeting gross returns of about 50% a year on its investment in Z Energy, a company which originated out of  'downstream' NZ assets sold by oil giant Shell, including petrol stations and a sizeable shareholding in the Marsden Point oil refinery.

The Super Fund went into a 50-50 partnership with infrastructure investor Infratil in 2010, with the joint venture paying around $700 million for the assets of which just under $420 million was equity, with the rest borrowed. Subsequently the fund and Infratil have sold down their holdings, first with the 2013 sharefloat of Z Energy and now today with a further selldown, which saw Infratil completely exit and the Super Fund left with a 10.275% holding.

Remarkably the 10.275% the Super Fund retains is at today's value of $246.6 million, worth more alone than the original equity contribution of $208.9 million made by the fund five years ago.

A statement from the fund said it has now received $784.6 million in proceeds from the investment while still retaining the residual shareholding.

“Reducing the fund’s stake allows us to further diversify our portfolio and realise value from what has been a successful investment. We remain positive about the company’s future prospects and look forward to continuing our relationship.”

The National Party-led government stopped making contributions to the Super Fund in 2009, with the Government having tipped in about $12.34 billion of taxpayers' money to that point. The Government's current plan is to resuming contributing money when government net debt is under 20% of GDP, which is forecast to be in 2020/21.

Finance Minister Bill English has said many times that it wouldn't have made sense for the Government to borrow money in order to put it into the fund and said recently that it was inevitable the fund would make big losses at some point.

The Super Fund's chief executive Adrian Orr has for his part said he would like to see the Government both resume contributions and stop taxing the fund.

Is this a concrete determination that NZ citizens are paying too much for retailed petroleum products?

Awesome; I will wait to see the 1000's of solar panels they put up to offset killing the planet then...
Greed...

Why do you think the original buyers sold, they sold because they could see the future of new natural energy sources .

Yes they made a off off killing via the IPO the only ones that are going to loses are the shareholder who bought into a sunset industry.

Even the Govt is selling some of it's energy assets because they can see the writing on the wall.

as in Shell? Most if not all major oil companies have been selling off their retail arm as that is the one that is going to take the brunt of the issues from consumers as it did in the 1970s ie as oil becomes scarce and expensive. "Z'ed is indeed a sunset industry but not really because the new alternatives are better and cheaper but that's some years off. The ppl who bought off shell I think expected us to grow for ever on a finite planet and when that didnt happen oopsie but they have cleared a handsome profit.

Looks like that are buying more retail, or wants to anyway "its proposed acquisition of Chevron New Zealand.". http://www.stuff.co.nz/business/industries/72588264/nz-super-fund-and-in... Yet more majors selling their retail arm, shouldnt that be telling ppl something? guess not.

Free energy is on the way...

Not sure what you imply here, but the "setup" costs for renewables is a) pretty high and b) not a transport fuel.

the "pretty high" is a problem as there is the issue of ppls ability to pay, which we are seeing being played out in a mega recession and stagnation at present.

The critical point is EROEI or energy return on energy invested. For our modern industrialised society it is about 8 to 1. The kicker, there is not one renewable transport energy source that has an EROEI over 2 to 1 (and in fact maybe <=1.2 to 1) let alone 8 to 1.

EROEI has no price component so is totally meaningless in the real world.

If we can recover 3 bbls of tar sand oil costing $5 bbl, burn two to process and generate refined product worth $50 then clearly the EROEI is strongly negative yet these business have been operating for many years quite successfully in direct conflict with this flawed theory.

Any evaluation that does not include a price variable is meaningless.

a) Money is an IOU for work/energy, ergo you can take it back to the fundamentals, ie ignore $s.

b) "profit margin" our modern economy is based on an EROEI of 8 to 1 or better ie we have to make a huge energy profit to have a viable industrial economy like we have. So in your example it actually is not real costs converted to $s, hence its utterly nonsense.

"... we could all retire now...to the Bahamas." Considered that on the outer islands, but exposed to hurricanes and have to fly 90 miles to Florida for real health care ($$$ there). Choose Nelson instead. And the inbred locals turn into heffalumps in their late 20s.

The Cullen fund may have sold off these shares in order to get some profit on its books before the extent of its Chinese share holdings hits the news....