Breaking news:
NZIER says 28% of businesses plan to cut staff in the next quarter - Read more 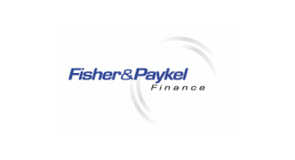 FlexiGroup's acting CEO David Stevens says the deal's "transformational" for FlexiGroup, creating the opportunity for a trans-Tasman interest free credit card offering and a combined group with A$2 billion of receivables.

F&P Finance operates the Q Card and Farmers Finance Card and has about 430,000 active cardholders. The deal requires the approval of the Overseas Investment Office and Reserve Bank of New Zealand, which is expected early in 2016.

"This is a transformational deal for FlexiGroup on many levels that positions us as one of the leading non-bank financial services providers across Australia and NZ. We have acquired a unique portfolio of card brands and strong partner relationships across numerous industries," said Stevens.

FlexiGroup says although F&P Finance has relationships with 21% of NZ cardholders, it only captures 2% of credit card spend. This, it says, creates a significant opportunity to increase share. It plans to migrate F&P Finance's cards from their existing closed loop structure to MasterCard to boost card acceptance across domestic, international and online merchants whilst retaining flexible long-term interest free finance options as a key card feature.

F&P Appliances announced in May that F&P Finance was on the block.