The World Bank says NZ is the easiest place in the world to start a business & is ranked 1st for getting credit, but high electricity costs highlighted

The World Bank says NZ is the easiest place in the world to start a business & is ranked 1st for getting credit, but high electricity costs highlighted 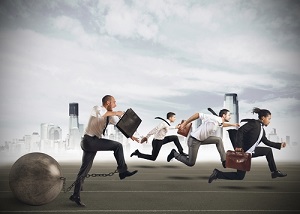 The World Bank has dubbed New Zealand the second easiest place in the world to do business for the second year in a row.

It has ranked NZ behind only Singapore out of 189 global economies based on how easy their rules and regulations make it to start and operate a medium-sized business, in its annual Doing Business 2016 report.

Looking at the indicators that make up the overall rating, New Zealand has retained its number one ranking when it comes to ‘starting a business’, ‘registering property’, ‘getting credit’, and ‘protecting minority investors’.

It says registering a property only costs 0.1% of the property value in New Zealand, while in other high income OECD economies it costs an average of 4.2%.

As for the ease of getting credit, the report gives New Zealand full marks. Looking at the rights of borrowers and lenders through collateral laws, and the protection of secured creditors’ rights through bankruptcy laws, the World Bank’s given New Zealand the top mark of 12 in its index of 1 to 12. The average in other high income OECD countries is only 6.

The World Bank’s ranked New Zealand third when it comes to ‘dealing with construction permits’, saying it only takes 93 days to do the 10 necessary procedures including things like getting a building consent and obtaining water and sewerage connections. It takes business owners in other high income OECD countries an average of 152.1 days to complete their 12.4 procedures.

However New Zealand has gone down a rank to 55 over the year, when it comes to the ease of international trade. Boarder compliance time and costs to import and export are more than double the average across other high income OECD countries. At $97, domestic transport costs are also around US$10 more per kilometre than in other high income OECD countries.

New Zealand has also fallen two spots according to the ‘resolving insolvency’ rating, to 31. It’s behind other high income OECD countries when it comes to the adequacy and integrity of its legal framework applicable to liquidation and reorganization proceedings.

As for tax, New Zealand has retained its ranking at number 22, and has a more favourable tax regime for business owners, than other countries. The World Bank has flagged New Zealand’s total tax rate at 34.3% of profit, below the average OECD high income rate of 41.2%.

New Zealand has gained two spots on the ease of getting electricity scale, even though it sits at number 31. The high cost of electricity stands out, as at 75% of income per capita, it’s above the high income OECD average of 65%.