Yu Yongding blames the Chinese government for recent stock-market volatility. He says the country must brace itself for more troubles and a protracted period of slow growth

Yu Yongding blames the Chinese government for recent stock-market volatility. He says the country must brace itself for more troubles and a protracted period of slow growth
6th Nov 15, 8:51am
by Guest 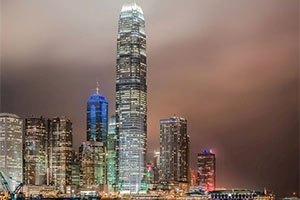 China’s stock market has been a hot topic since the summer, when a rapid rise gave way to a major plunge, triggering a global equities sell-off.

The question now is what can be done to prevent further volatility.

To answer that question requires understanding how China got to this point.

For years, with the authorities’ encouragement (or at least acquiescence), China’s securities companies spared no effort in pumping up China’s stock exchanges with fashionable financial instruments and practices, the sole aim being to realise capital gains from rising prices (dividends are rarely distributed). As a result, after years of poor performance, the Shanghai Composite Index soared by more than 100% in less than seven months, from 2,505 points in November 2014 to over 5,178 last June – a level that was not merited by China’s economic fundamentals.

The most important instrument driving this surge was margin trading, which enabled investors to borrow heavily to purchase shares. According to Bank of America strategist David Cui, some CN¥7.5 trillion ($1.2 trillion) in market positions are being carried on margin, “equivalent to some 13% of A-share’s market cap and 34% of its free float.”

Initially, this looked like a natural correction. But the prevalence of margin trading caused the decline to turn quickly into a rout. First, as plummeting stock prices caused the equity in investors’ accounts to fall below the maintenance margin, brokers began issuing margin calls, forcing investors to offload more assets to come up with the needed cash. When they failed to pay margin calls on time, their shares were sold by brokers, pushing stock prices down further.

The authorities scrambled to stanch the bleeding. On June 27, the People’s Bank of China lowered the reserve requirement ratio and the benchmark interest rate. But the Shanghai Composite Index kept falling, reaching 4,200 on July 1.

At that point, the CSRC launched a succession of desperate measures: it suspended initial public offerings, allowed companies to stop trading, and limited short selling. It even organized a “national team” of 21 large securities companies, led by a government-controlled financial corporation, to purchase shares to buttress the Shanghai Composite Index.

In doing so, China’s regulatory authority changed many well-established rules of the game virtually overnight. And, while massive official intervention may have halted the rout, it could have permanently damaged regulators’ credibility. And it was not even merited; the banks were not overly exposed, so there were no systemic risks.

But the policy failures fueling this stock-market fiasco go back further, to the massive government-fueled surge in credit since the global financial crisis. Without that, brokerages would not have had all of that liquidity to lend for margin trading.

After the crisis struck, instead of recognising the decline in potential growth and adjusting accordingly, the government remained implicitly wedded to an unrealistic target of 10% annual GDP growth. But, while the CN¥4 trillion stimulus package propped up growth temporarily, return on investment was deteriorating, because potential growth was already lower than actual growth. As a result, credit demand was relatively weak; in many cases, commercial banks had to persuade enterprises to accept loans, with a large proportion of the credit ultimately devoted to chasing assets in the capital market.

At first, the excess liquidity fueled real-estate bubbles. After the government clamped down on lending for residential and commercial projects, risky shadow banking activity surged. After the government clamped down on that too, the liquidity was channeled toward stock exchanges; once those crashed, it sloshed into the bond market. But the bond market is not large enough to absorb it all, so some has now returned to the stock exchanges, leading to a partial recovery in share prices, with the Shanghai index reaching 3,500.

Declining economic growth strengthens the temptation to loosen monetary policy. But in today’s deflationary environment, typical monetary expansion alone can do little to help the real economy, because the money either remains idle or fuels asset bubbles and capital outflows.

If China’s government is to prevent a debt-deflation spiral from causing a hard landing, it should shift its focus to targeted expansionary fiscal policy. With a budget deficit of 2.3% of GDP, China can certainly afford to increase government expenditure and reduce taxes.

Critically, the package should be financed by government bonds issued by the Ministry of Finance, not by commercial banks via local-government financing vehicles. Any loosening of monetary policy should be aimed directly at accommodating fiscal policy. That way, financial resources would be channeled into the real economy, rather than inflating asset bubbles.

To support this effort, China’s government should loosen its grip on the exchange rate, while maintaining appropriate capital controls. Renminbi internationalisation should not be a policy priority.

China’s experience in recent years holds valuable lessons for the country’s leaders. With a more balanced approach to intervention that reflects those lessons, they could put China’s economy on a much more stable path. That said, as China undergoes structural economic transition, the stabilisation potential of macroeconomic policy is limited.

Without more fundamental reforms, even an impeccable macroeconomic policy mix would not work. Reforms take time, which means that China may need to brace itself for more troubles and a protracted period of slow growth.

Yu Yongding, a former president of the China Society of World Economics and director of the Institute of World Economics and Politics at the Chinese Academy of Social Sciences, served on the Monetary Policy Committee of the People’s Bank of China from 2004 to 2006. Copyright: Project Syndicate, 2015, published here with permission.