The Chinese Year of the Monkey will not favour all New Zealand regions equally. David Kennedy sets out who will gain and who will miss out

The Chinese Year of the Monkey will not favour all New Zealand regions equally. David Kennedy sets out who will gain and who will miss out
29th Jan 16, 5:19am
by Guest 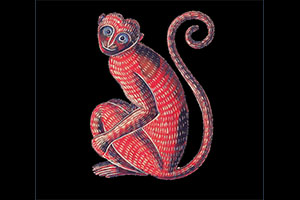 The Chinese Year of the Monkey begins on 8 February 2016.

According to the Chinese zodiac, monkeys are inventive and nimble creatures that thrive in situations involving risks and opportunities.

Uncertainties surrounding the health of the Chinese economy make the prospects for the New Zealand economy (and its regions) during the upcoming year somewhat unclear, so we want to give you some tips on how to be a clever monkey in 2016.

The Chinese year just coming to a close has been the Year of the Sheep. During 2015 we all heard rumblings about the Chinese economy: empty cities, stock market bubbles, economic malaise, cooked books, and doctored statistics. But in general, these rumblings were like rumours of wolves slinking around us in the darkness; hearing about them made us feel uneasy but the absence of any confirmed sightings comforted us somewhat.

The most common response was to follow the flock and to downplay those concerns:

As time has passed, these rebuttals seem less and less convincing. Many economists are questioning economic growth statistics that meet the 7% pa target with suspicious accuracy. The remarkable economic growth rates achieved since the 2008 GFC seem like less of a remarkable achievement when you look at the growth in credit and debt that has accompanied them. And the ham-fisted response of Chinese authorities to last year’s stock market bubble and subsequent crash has made us question our assumptions that they were economic geniuses.

Does this shift mean we should panic about the impending 2016 Great Chinese Self-Implosion (GCSI)?

But it does suggest that we should start thinking about what the implications might be for New Zealand if the Chinese economy deteriorates. So the Astrologiconomists™ here at Infometrics have gazed at the stars and have prepared a horoscope to help you deal with all this economic uncertainty. Of course, like all reputable astrologists, we can’t tell you exactly what will happen. But we can give you some vague warnings about misfortunes to watch out for. We can even add a few mysterious allusions to potential opportunities that you might encounter. And, for good measure, we will also throw in some economic statistics and economic theories, making our horoscopes a little more accurate than the ones you usually see.

For New Zealand’s export commodities, the Year of the Monkey will be a time of either great fortune or great misfortune.

The Chinese government is hoping it can grow its middle class and transition away from export and investment-driven growth toward domestic consumption. If it succeeds then 2016 could be a lucky time for tourism and all our “luxury” commodities: dairy products, meat, seafood, wool and leather.

Our reading of the cards indicates that this transition will not go as smoothly as hoped. At best, the Chinese economy will slow down. At worst, the Chinese government’s inability to sustain recent growth trends in investment, credit and debt will tip their economy into a “Chinese recession” (ie 2-3% growth pa). Tourism and “luxury” commodities could become decidedly unlucky.

However, every challenge creates an opportunity. Severe economic problems in China would send the NZ dollar tumbling, benefiting industries with a low exposure to China: most horticultural industries, mining, metal production, manufacturing, and professional services. These industries might lose a few sales to Chinese customers, but they stand to gain overall as the falling dollar improves their global competitiveness.

Chinese horoscope 2016/17 for the regions

The Year of the Monkey will not favour all regions equally.

As the potential for both success and calamity beckons in the years ahead, the commodity-dependent regions are looking dangerously exposed. The more industrially diversified cities offer safe refuge from potential economic storms.

Caution is advised for those doing business in the lands of milk and honey: Northland, Waikato, Taranaki and the West Coast. For these regions, about 15% of their total exports are dairy exports to China alone. Add in wood, meat, and a few other things and up to 23% of their exports are sent to China.

Northland, Waikato, Taranaki, and the West Coast are burdened by a double-curse: not only are their future prospects closely aligned with the Chinese economy, but their destiny is also inextricably tied to the fickle dance of dairy prices.

Auckland, Wellington, Marlborough, Gisborne and Otago have more secure prospects, having been endowed with a more diversified range of industries. In the event of China-induced economic malaise, regions such as these ones, with a low exposure to China, may find themselves in a position where they can benefit from the falling NZ dollar.

However, every region needs to be mindful of the unique relationships that exist between China and their local economy. The forestry and processing industries in Northland, Tasman and the Bay of Plenty are all exposed to the fortunes of the Chinese construction sector. Prospects for the meat industries in Southland and Manuwatu-Wanganui depend on the whims of Chinese households.  Similarly, the Hawke’s Bay depends on Chinese demand for meat, wool and leather. Otago fate will be strongly linked to the direction taken by Chinese tourist numbers. For Auckland, success will require careful management of ongoing growth in international students from China.Chinese demand for seafood will have a strong bearing on the fate of Marlborough.

The Year of the Monkey will be a tumultuous one for New Zealand. Your fate will, in a large part, be shaped by the fortunes and misfortunes of those around you. You will need ingenuity and flexibility to make the best of the situations that present themselves to you.

Understand that, whatever happens, the future will always present a balance of challenges and opportunities. If the Chinese government encounters problems in its transition to a prosperous consumption-based economy then there may be challenges for dairy, meat, seafood, leather, and tourism. But even so, a falling NZ dollar would create opportunities in horticulture, mining, manufactured goods, and professional services.

In the year ahead, the custodians of industry will need to be alert and fleet-footed. The caretakers of the regions will need to guide their people away from misfortune and into prosperity.  Plan for all eventualities.

Best wishes for the Chinese New Year and don’t hesitate to consult your Astrologiconomist™ if you need more vague guidance about the future.

David Kennedy is an associate economist at Infometrics. This article was first published by Infometrics and is here with permission.

So economists finally admit that they are actually fortune tellers.

Hawkes Bay looking good comparatively.
As well as the Aucklanders exiting to HB.

"Auckland, Wellington, Marlborough, Gisborne and Otago have more secure prospects, having been endowed with a more diversified range of industries. In the event of China-induced economic malaise, regions such as these ones, with a low exposure to China, may find themselves in a position where they can benefit from the falling NZ dollar."

So ZERO consideration is given to the impact of chinese slow down, or more importantly, slow down of money flows out of china (legal and illegal) into housing markets in NZ>?

In my opinion Auckland is by far the most exposed to a chinese slowdown as this could see (AND IS CURRENTLY SEEING TO TUNE OF 6% AND COUNTING EVEN THOUGH MEDIA FAILS TO EVEN REPORT RIENZ INDEX ANYMORE) property prices FALL.

it is xenophobic 2 mention this moot facts sracimi in reverse perhaps?

Don't mention it....I was caught up in the moment.

Just being silly. As per normal.

At the beginning of each year the soothe-sayer economic adviser types belch forth their respective thoughts and predictions, I for one take them all with a grain of salt, as invariably they are well wide of the mark. Most of us ogling this site and others like it sift the wheat from the chaff....right or wrong, hold to our own course probably based on experience and outcome, we keep moving forward.