Minxin Pei wonders why Chinese leaders are gloating over the travails of their country's main trading partners. Any Western pullback on globalisation will hurt China disproportionately

Minxin Pei wonders why Chinese leaders are gloating over the travails of their country's main trading partners. Any Western pullback on globalisation will hurt China disproportionately
1st Aug 16, 8:39am
by Guest 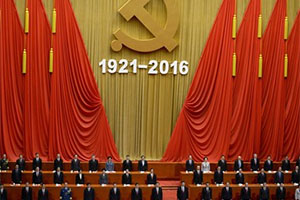 Official Chinese media are having a field day touting the dysfunction of Western democracies. Between the British vote to “Brexit” the European Union and the nomination of Donald Trump as the Republican candidate for the US presidency, not to mention increasingly frequent terrorist attacks, they have plenty of evidence. But the truth is that the West’s loss is not China’s gain.

The hope, of course, is that the current travails of democracies around the world could boost the credibility of the Chinese Communist Party. And, indeed, a commentary in People’s Daily, the CCP’s official newspaper, portrayed the Brexit vote as a reflection of the fundamental flaws of Western democracies. The same paper used Trump’s rise to show that, in the American system, political leaders are “helpless” to address “complex social conflicts” like racial tensions and other sources of popular discontent.

The Global Times, an ultra-nationalist tabloid affiliated with the People’s Daily, seemed to suggest that recent terrorist attacks in the West were a harbinger of some kind of democratic apocalypse. The West may be facing some mysterious and unthinkable “change,” intoned the tabloid.

Given the CCP’s ideological hostility to the West, and its zero-sum geopolitical mindset, such gloating should come as no surprise. Indeed, the CCP has long used challenges that arise in democratic countries as part of its never-ending effort to enhance its own legitimacy. Claiming that democracy barely works in the West, the Party argues that it would be disastrous for China. Moreover, so long as China’s government is delivering consistently rising standards of living, as it has been over the last few decades, there is no need, according to the authorities, even to consider alternative systems.

But there is little evidence that democratic tumult translates into autocratic legitimacy. On the contrary, dictatorships have historically fallen, regardless of the fortune of Western democracies.

All of this suggests that autocrats in China should not be holding their breath for some Brexit-induced surge in support. Though stories of democratic dysfunction can give people living under autocratic rule a negative impression of democracy, the effect is most likely short-lived. As long as dictatorships mistreat their own people and fail to improve their lives, their legitimacy will be challenged.

Of course, China is no ordinary autocracy. But what makes it unique – the link between the CCP’s authority and its ability to sustain economic growth – does not make its gloating any more rational. After all, one of the keys to China’s economic success is its integration into a global economy dominated by the Western democracies, which buy roughly 60% of Chinese exports.

In other words, the CCP derives more legitimacy from Western democracies’ success than it would from their failure. No good businessperson would hope their best customers go bankrupt. It makes little sense that the CCP is so pleased about the struggles of China’s most valuable trading partners.

The factors driving the challenges facing the Western democracies today hold even worse implications for China. Support for Brexit and Trump is rooted largely in voters’ rejection of globalisation. Regardless of how Brexit or the US election plays out, it is very likely that governments in Western democracies will respond to voter angst and take measures that imply a return to some degree of protectionism.

As the world’s largest exporter, China will not escape the damaging economic consequences of such efforts. In that context, the legitimacy of the CCP, already challenged by China’s economic slowdown, could erode further. Instead of gloating, China’s leaders should be watching developments in the Western democracies with concern – and start planning for their own difficult times ahead.

Yes one would have to admit that it's difficult to know what is going on with China and what their overall economic goals are?

On the one hand they're perceived to be a economic power house and on the other hand there's lots of recent reports that pointing out that China’s economy may be teetering on the brink of a massive debt crisis.

And then there's the continuing tsunami of capital from China that has swept in to Western cities housing markets including our own, helping to massively inflate their housing bubbles. To the point where some of the most popular cities have had to introduce taxes on foreign property buyers.

Funny how this article mentions about the Brexit. One of the main market reactions post Brexit was for Overseas Investors to snap up London property as soon as the Pound dropped.

Wasn't the CCP supposed to be cracking down on China's capital flight?

London property snapped up by overseas investors as domestic buyers pull out after Brexit
http://www.independent.co.uk/news/business/news/london-property-house-pr...

For the typical US resident what would you rather have?

It's more about trying to stop the questions as to why they don't change to the democracy. They have riots and terrorist attacks that will not be reported in official media.

The Party only has support while people are doing well and there are a lot of concealed problems. They are trying to keep people employed in the steel industry so ore is in demand, but they are making cheap steel. Just another industry propped up with cheap finance concealing how bad things are.

Wasn't the CCP supposed to be cracking down on China's capital flight?

Yes but there is a huge amount of capital already outside, maybe its an asset rotation as well, out of stocks/bonds and into RE in London etc.... clear title RE is pretty safe, and still has a +ve yield

also the GBP dropped a fair bit, so perhaps a bit of a lolly scramble for those wanting a bit of London exposure
This is more about spreading assets around and return of your money not return on it now.

Problem is; when a city gets too expensive property wise it can no longer function and will inevitably fall in to economic decline, since its workforce can no longer afford to live there.

Parasite killing the host, pretty much the name of the game being played out everywhere.

A city can overcome this by quickly constructing new buildings to remain price competitive. With an oversupply of office space/rental accommodation being built during the property boom, the costs for the workforce may even decline.