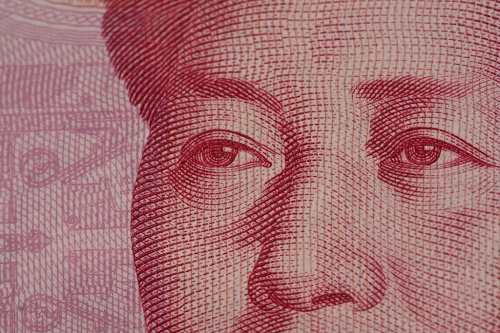 This week is the “Golden Week” in China. Beginning on October 1st, the country embarks on a 7-day holiday to celebrate Chinese National Day.

On October 1st 2016, China also celebrated the inclusion of its currency, the Renminbi, as the fifth currency in the Special Drawing Right (SDR) basket.

A year has almost passed since the inclusion was decided in last November’s review conducted by the IMF.

What’s the significance now that it’s all happening?

Renminbi in the SDR

The SDR is an international reserve asset, created by the IMF in 1969 to supplement its member countries’ official reserves.

The SDR is neither a currency, nor a claim on the IMF. Rather, it is a potential claim on the freely usable currencies of IMF members.

The value of the SDR was based on a basket of four major currencies before October this year namely the US dollar, Euro, Japanese Yen, and Pound Sterling.

Effective October 1st 2016, the five currencies in the new SDR basket are weighted as follows:

The last change in the SDR basket dates back to 1999, when the Euro replaced the Deutsche Mark and French Franc.

The significance for China and rest of the world

One criterion for the inclusion in the SDR basket is that the currency has to be freely usable.

The Chinese Renminbi has become the eighth most traded currency since last year.

The IMF has suggested that the inclusion of the Renminbi in the SDR reflects the progress that China has made in reforming its financial systems and liberalising markets.

China has now set up 17 offshore Renminbi clearing houses in the last 4 years: 13 alone in the last two. The latest, in September this year, was in the US.

The Renminbi exploded onto the international scene when the currency dropped by more than 4% during a short period in mid-2015, immediately causing the currencies of other major export economies to follow suit.

This is testimony to the impact of China on the world’s economy at this time.

Will the Renminbi become a major world currency?

There is speculation around whether China will overtake the US as the world’s largest economy and similar questions are already being asked about the Renminbi.

At this point in time, it is hard to see that happening.

The renminbi only constitutes around 1.1% of official reserves as compared to 63.7% for the US dollar.

There are only around 204 billion SDRs outstanding, equivalent to US$ 285 billion, as compared to US$ 11.6 trillion of global reserves.

So the inclusion of the Renminbi in the SDR serves little purpose in terms of catching up with the US dollar.

It will simply put the currency under the international spotlight as central banks start adding Renminbi assets to their official reserves.

The Renminbi has dropped 4.95% against the dollar from a year ago, and as much as 7.71% from its strongest monthly average in April 2015.

There is downward pressure to go slightly lower and the Chinese government has reiterated that.

Nonetheless, we should see the stability of the Renminbi for the next quarter at least as it’s important to maintain the image of the currency given its new status.

Unlike its slim chances of overtaking the US as a major currency in the near future, the Renminbi’s rise to importance is assured.

This is mainly aided by China’s economic power, accounting for 15% cent of world GDP.

Therefore, the Renminbi still has great potential to become a major currency. We can expect the internationalisation of the Yuan to pick up and facilitate more trade.