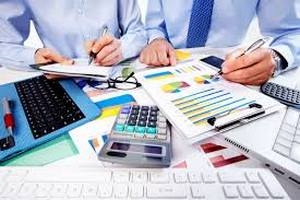 The industry body for chartered accountants is expressing conditional support for its members being dragged under the oversight of the Anti-Money Laundering and Countering Financing of Terrorism (AML/CFT) Act, but wants them to be supervised for compliance by the Financial Markets Authority (FMA) rather than the Department of Internal Affairs (DIA) as proposed.

These are key points made by Chartered Accountants Australia and New Zealand (CAANZ) in its submission on the Government's Exposure Draft of the AML/CFT Amendment Bill.

In December Justice Minister Amy Adams said the Government planned to introduce the AML/CFT Amendment Bill to Parliament early this year and have it passed by mid-2017. The Amendment Bill expands the AML/CFT Act to accountants, lawyers and real estate agents.

CAANZ says it supports the extension of the AML/CFT laws to cover the accounting profession as this is in the public interest.

"However, our support is contingent on the regime being pragmatic and proportional. 95% of CAANZ's 2,000 approved practice entities, which are potential reporting entities, are either sole practitioners or contain two to five practitioners. This highlights how critical it is to mitigate the regulatory impact on the accounting profession," CAANZ says.

The group also argues the proposed implementation date for accountants of July 1, 2018 is too soon. Instead CAANZ says a two to three year timeframe after the Bill is passed is a more appropriate implementation period. This, it notes, would coincide with the next evaluation of New Zealand by key global international anti-money laundering body, the Financial Action Task Force, which is due in 2020.

Meanwhile, CAANZ notes the Government's proposal for the DIA to supervise accountants for compliance with the AML/CFT Act, but argues the FMA is better placed to supervise the industry. There are currently three AML/CFT Act supervisors being the DIA, FMA and Reserve Bank. The Government plans to retain this model after accountants, real estate agents and lawyers are required to comply with the Act. In its first submission last year CAANZ pushed for the Government to move to a single supervisory model, along the lines of Australia's AUSTRAC.

But with the Government wedded to the current supervisory model, CAANZ argues the FMA is "best placed" to supervise accountants.

"FMA already supervises financial advisors and is the audit oversight body, therefore it understands the accounting profession and how it operates. This relationship would enable the supervision of the accounting profession to be more effective by leveraging existing regulatory oversight mechanisms, which would avoid duplication of effort and undue compliance costs," CAANZ says.

Additionally it argues the criteria for assessing any supervision levy ought to be appropriate to the accounting profession.

"It should bear in mind that the fee structure is different to that of financial institutions. In addition, it is important that reporting entities receive a tangible benefit, by way of guidance, ongoing training and support, in return for their supervision levy," the CAANZ says.